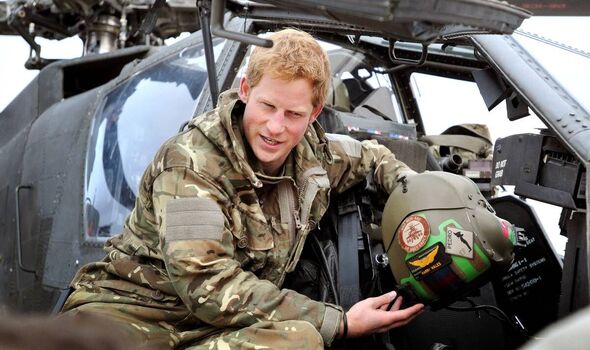 A senior military official has condemned Prince Harry for revealing his kill count during his time serving in Afghanistan. And the Taliban, too, criticised his revelations. Major General Chip Chapman responded after leaked revelations from the Duke of Sussexes’ book revealed he killed 25 Taliban fighters. Furthermore, he spoke of not considering them as “people” but “chess pieces” taken off a board.

The revelation led to ex-service personnel condemning Harry for the sensitive information, warning it could threaten both UK and the Duke’s personal security.

He said: “For him, who wants privacy and security, he’s just opened himself up to every jihadist and nutcase out there.

“It’s an awful lack of judgement and maturity. It’s a naïve approach to how the military would act. And we talk about jus in bello conduct in war. This is a terrible conduct in peace.”

Major Chapman added the “one good thing” about Harry’s admission was he opened up about the moral dilemma in fighting a war.

In the book, Harry said he made it his “purpose” to ensure he killed “Taliban and only Taliban, without civilians in the vicinity.”

The Duke added: “I wanted to return to Great Britain with all my limbs, but more than that I wanted to get home with my conscience intact.”

But Major Chapman added that Harry has broken “at least four” military codes by sharing so much detail in his memoir, which is due to be published on January 10.

He added: “We have a code of conduct. It’s the values and standards of the military. He’s broken at least four of those values. That includes respect for others, integrity, loyalty and selfless commitment.”

Other military figures have expressed their frustration with Harry following his comments.

Colonel Richard Kemp , former commander of British forces in Afghanistan, told the Mirror: “All the good work Prince Harry did on behalf of the Armed forces has been undermined by his comments.

“Not only has he gone too far in talking about this in terms of himself but it may have repercussions for others.

“As a member of the Royal Family he has to accept being something of an ambassador for the UK – so his comments may affect the security of his former comrades on foreign operations.”

Harry’s comments have also been met with a furious response from the Taliban themselves. Anas Haqqani, a senior figure within the militant organisation which currently holds power in Afghanistan, said on Friday that those fighters killed were “human, not chess pieces.”

He tweeted: “Mr Harry! The ones you killed were not chess pieces, they were humans; they had families who were waiting for their return.

“Among the killers of Afghans, not many have your decency to reveal their conscience and confess to their war crimes.”

After his first tour in the country, the Duke attended the Defence Helicopter Flying School at RAF Shawbury.

He went on to become an Apache helicopter pilot, and even once told the Guardian that his skills in the air were similar to those used to play video games.

He said at the time: “It’s a joy for me because I’m one of those people who loves playing PlayStation and Xbox, so with my thumbs I like to think that I’m probably quite useful.

“You can ask the guys, I thrash them at Fifa the whole time.”

Will Covid continue all the way through 2022? A look at history and the future