Last week, Prince Harry made a trip to represent the charity Africa Parks in Mozambique and Rwanda.

Royal expert and journalist Jennie Bond has said Prince Harry has “sent a message” by going on a three-day trip to countries in Africa.

The trip was not formally announced until the Duke of Sussex was already on the tour.

Prince Harry became involved with Africa Parks in 2016 while working on an elephant translocation project in Malawi and became the President of the organisation in 2017.

Prince Harry has said in the past that he “completely fell in love with” Africa Parks.

He said: “They get things done. They make tough decisions, and they stick to principles.”

The charity is a non-profit which works with African governments and local communities to manage national parks and other protected areas with the key goal to protect Africa’s wildlife.

During his trip, Prince Harry was “welcoming and co-hosting a group of U.S. officials, conservationists and philanthropists as they tour protected wildlife and nature areas” according to the Duke of Sussex’s spokesperson. 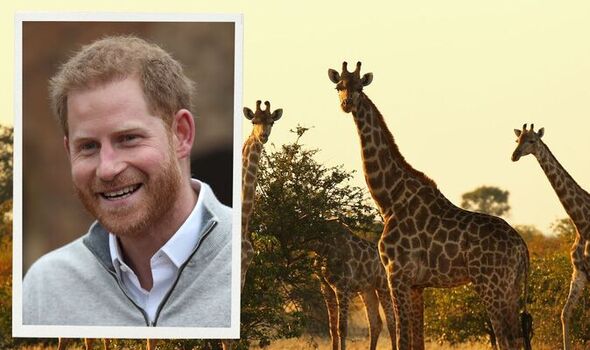 Jennie Bond has said she was surprised Prince Harry’s tour did not immediately make it to the media and she claims the solo trip was the Prince’s way of “sending a message”.

She said: “I am gobsmacked that he could make a tour and pass through London going completely under the radar.

“He must have been disguised rather heavily but I am absolutely astounded by it. I’m sure there would have been a Netflix crew with him but this charity, African Parks, is very close to his heart.”

The journalist continued: “His heart is in Africa, I don’t doubt his sincerity, I don’t think this is a stunt.

“I admire that he has shown that he can do his work without a posse of photographers and press, he can run his own show.

“There will be sniping but I think on this occasion he’s proved people wrong. If this is a Netflix deal then exclusivity will be a part of it but it could be a message to his doubters that he and Meghan really don’t want to be high profile.” 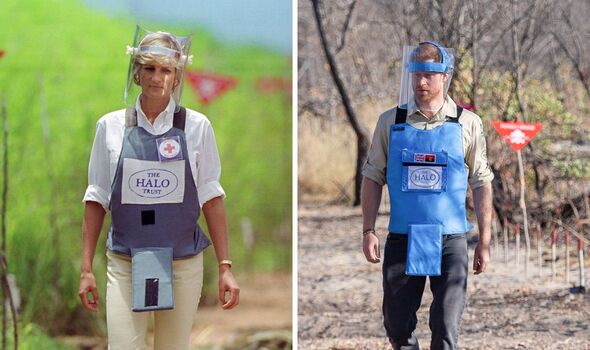 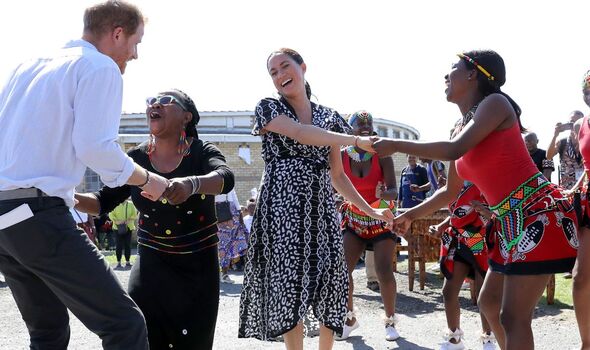 While in Mozambique, Prince Harry toured the Bazaruto Archipelago, a group of six islands off the coast which is managed by Africa Parks.

Prince Harry also had breakfast with Yassin Amuji, the head of the Vilanculos tourist association, who described the Prince as “humble and very polite”.

He said: “I explained to him how difficult things have been in the tourist industry because of Covid and he was very sympathetic and wished us well”.

On Monday, Rwanda’s President Paul Kagame shared a picture of himself and Prince Harry on social media.

The President’s Twitter account said: “President Kagame received Prince Harry, The Duke of Sussex, who visited Rwanda as part of his work as President of African Parks.

“The Government of Rwanda has agreements with African Parks to manage Akagera and Nyungwe National Parks.” 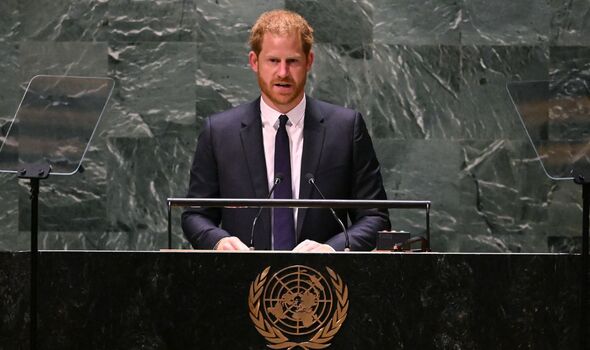 Prince Harry has often spoken about his love for Africa, and has described the continent as his “second home”

Last month, Prince Harry gave a speech in New York on Nelson Mandela Day in which the Prince spoke about how Africa made him feel connected to his mother, Princess Diana.

He said: “For most of my life, it has been my lifeline, a place where I found peace and healing time and time again

“It’s where I felt closest to my mother and sought solace after she died, and where I knew I had found a soulmate in my wife.”

Prince Harry and Meghan Markle have travelled to Africa several times and went on a visit to Botswana early on in their relationship in 2016.

The trip was significant to the couple, as Prince Harry chose a Botswana diamond as the centrepiece of the Duchess of Sussex’s engagement ring, alongside two diamonds that once belonged to Princess Diana.

In 2019, the couple went on a royal tour of Africa with their son Archie, where they visited the neighbourhood in Angold where Princess Diana walked through an active landmine in 1997.