Prince Harry, 35, and Prince William’s plans to honour their late mother Princess Diana with a memorial statue have been revealed. The princes issued a joint statement confirming the location of the tribute to their mother which will be unveiled next year.

The commissioned statue of Diana will be erected in time to mark what would have been her 60th birthday on July 1, 2021.

The statue will be located in The Sunken Garden at Kensington Palace, a spot that Diana was known to love and that holds huge significance for Meghan Markle and Harry.

A Kensington Palace statement about the statue read: “The statue that Prince William and Prince Harry have commissioned to commemorate their mother, Diana, Princess of Wales, will be installed next year on what would have been her 60th Birthday.

“The statue was commissioned to mark the twentieth anniversary of her death and recognise her positive impact in the UK and around the world.” 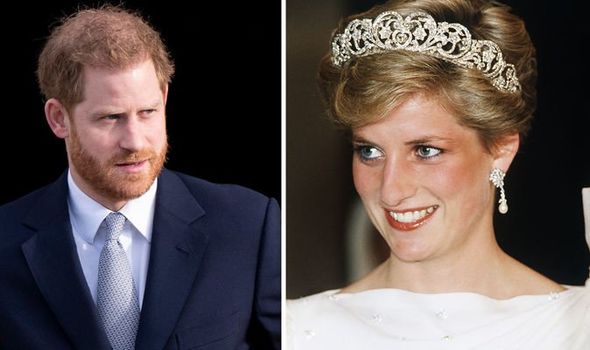 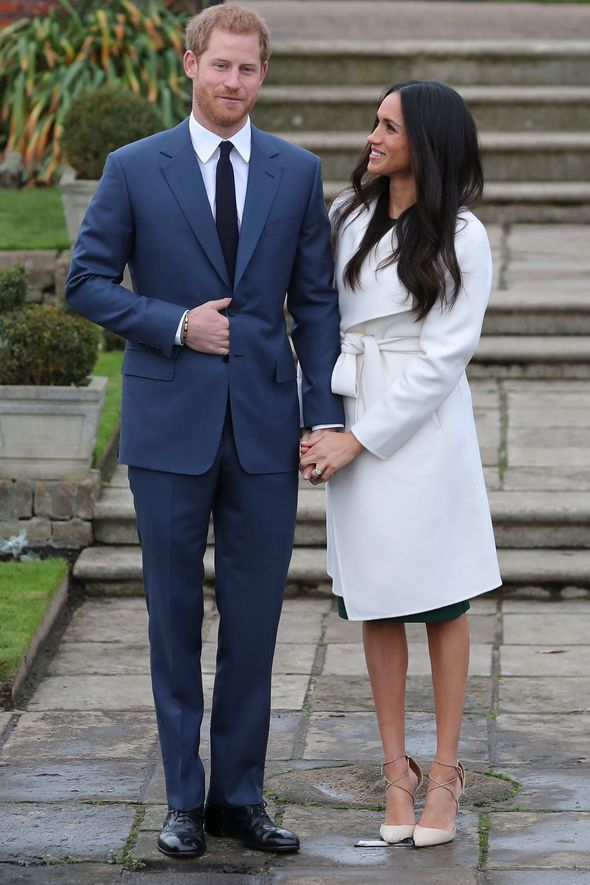 The statement continued: “The statue will be installed in the Sunken Garden of Kensington Palace on July 1, 2021, marking The Princess’s 60th birthday.

The Sunken Garden has a very special place in both Meghan and Prince Harry’s hearts as its where the couple chose to announce their engagement to the world on November 27, 2017.

Prince Harry has made no secret of his enduring wish to honour his mother’s legacy. 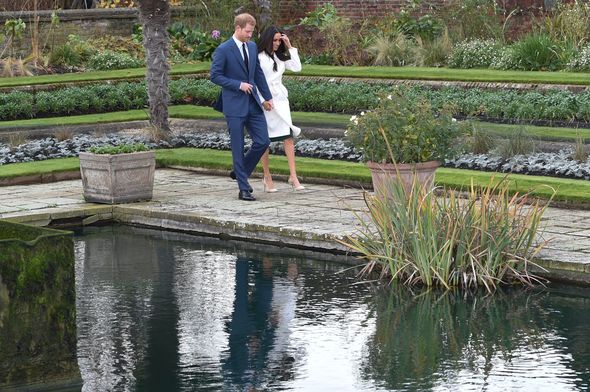 Last autumn he traced his late mother’s footsteps during a visit to Angola where he witnessed the incredible work his mother’s charity HALO Trust was still doing to remove unexploded landmines.

During the trip, he recreated an iconic photo of his mother by walking be a field where there were known to be landmines

New book Finding Freedom by Omid Scobie and Carolyn Durand touches on the significance the Sunken Garden at Kensington Palace holds for Harry.

Describing the moment Meghan and Harry announced their engagement the authors write: “They walked out of a small gate at the side of Kensington Palace and up the long, canopied path to the Sunken Garden, whose lily-covered water in the ornamental pond and colourful pansies, tulip, and begonias made it one of Princess Diana’s favourite spots on the estate she once called home.”

Touching on the reaction to news of Harry and Meghan’s happy news the authors write: “Within seconds of learning the news, media outlets from around the globe stationed in London raced to the tightly organised photo op at the Sunken Garden in Kensington Palace, where Princess Diana would often chat to the gardeners after morning jogs around Kensington Gardens.”

According to the authors, Harry fell in love with Meghan because he felt she reflected values his mother would have treasured.

They write: “The late princess’s legacy set a high bar with the British public, and Harry was ok with that.

“He felt that in marrying Meghan, he had picked a partner with the same level of warmth and humanity his mother had possessed.” 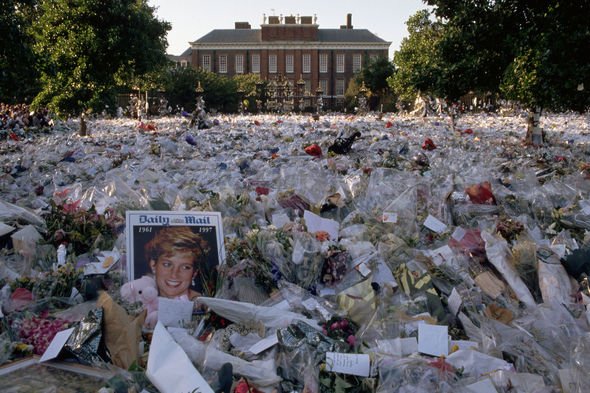 Prince William and Harry’s joint statement about the Princess Diana statue shows the brother united following months of rumours that their relationship has been plagued by a rift.

Prince Harry and Meghan have been based in California with their son Archie Harrison since March.

The couple are expected to be based in the USA long term and Meghan has recently expressed her happiness at being home.

While no official plans have been confirmed it seems likey Harry could return to Britain to the see the Diana statue unveiled next summer.

Leeds: Mum and two-year-old treated in hospital after liquid thrown over them

Theresa May BREAKTHROUGH: How THIS country could enable Brexit SUCCESS after resignation