Republic, which campaigns for an elected head of state, alleged that funds were transferred from one royal foundation to another because of the “personal relationship” between the two patrons.

It accused the organisations of “inappropriate use of charitable funds, conflicts of interest and lack of independence”.

A spokesperson for Prince Harry said the claims were “salaciously created” and “false”.

“To this point, it is deeply offensive to today see false claims made about the Duke of Sussex and his charitable work. It is both defamatory and insulting to all the outstanding organisations and people he has partnered with,” they said. 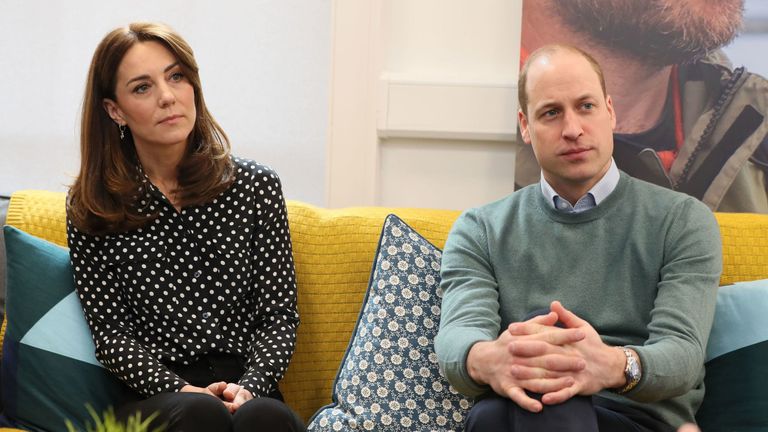 In his letter to the Charity Commission, he wrote: “In both instances, it appears the only rationale for the decision was the personal relationship between two patrons, the Duke of Sussex and the Duke of Cambridge.

“The Sussex Royal charity has since decided to close, and it is reported that they will transfer all their funds to Travalyst.

“Again, this appears to be a personal decision by a trustee [the Duke of Sussex] to fund another of his projects, rather than to ensure the funds are being used for the original purposes for which they were donated.”

Prince Harry’s legal team said the royal had never had any “personal financial interest” and that all of his charitable work had been “transparent and above board”.

“To suggest otherwise is unequivocally wrong and will be acted upon accordingly with the weight of the law,” they added.

“The avenue through which this was publicly and salaciously created only suggests a hunger for media attention as well as a shared and attacking agenda, which is neither right nor just.”

The two couples had initially formed a joint charity, which was behind national campaigns including the Heads Together mental health project.

But in June last year, Harry and Meghan announced they would split from the organisation to form their own charity, Sussex Royal.

Since then, the Sussexes have stepped down from their roles as senior royals – choosing financial and personal freedom instead – and the Sussex Royal organisation has become defunct.

They are now establishing a new foundation called Archewell, named after their child Archie.

A spokesperson who worked with the Sussex Royal foundation said: “Grants made to the non-profit organisation Travalyst are for the ongoing development of projects that will support communities, wildlife, and the environment through sustainable travel and tourism.

“All grants have been made impartially and objectively, fully in line with governance requirements, and have been reported transparently in full accordance with regulations.”

A Royal Foundation spokeswoman said: “The grants made to Sussex Royal were to support the charitable work of the Duke and Duchess of Sussex.

“They were fully in line with governance requirements and were reported transparently.”

The Charity Commission said it had received a complaint and is assessing whether it will need to investigate.

“We have not made any determination of wrongdoing,” it said.

Truth about Brexit: Even if Boris nails Brexit deal UK STILL tied to EU until 2020