The tensions between Prince Harry and the Royal Family flared against this week over Remembrance Day services. The Sunday Times revealed that Prince Harry’s request for a wreath to be laid at the Cenotaph on his behalf was snubbed by royal officials. Prince Harry was denied on the grounds that “he is no longer representing the monarchy”.

Royal aides added that the palace wanted to distance itself from the couple.

However, ABC royal contributor Omid Scobie said that the Queen “could have bent the rules” for her grandson if she wanted to.

The royal expert retweeted a claim that Buckingham Palace officials had deliberately tried to “humiliate” Harry.

JUST IN: Meghan Markle and Prince Harry shouldn’t ‘ask for everything at once’ 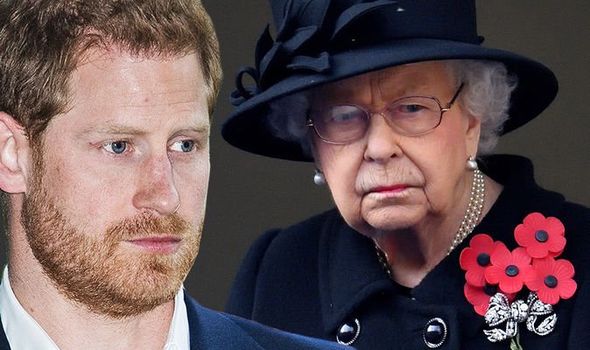 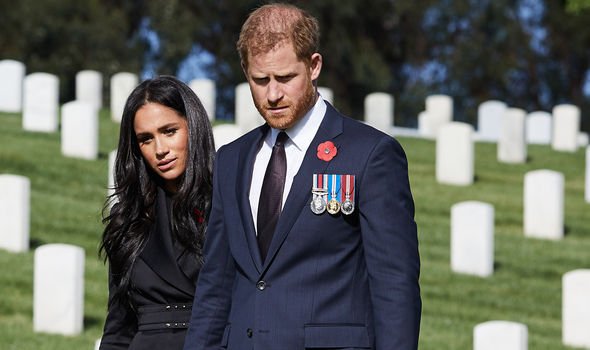 The tweet read: “They reject Prince Harry’s request to lay a wreath of Remembrance + for some reason felt the need to make it public. For why? To let us know he wasn’t welcome? Humiliate him? This is spectacularly cruel.”

The snub left Harry feeling “deeply saddened,” according to sources close to the Duke of Sussex.

Mr Scobie continued: “It is a decision that has been controversial. Harry served in the army for ten years, rose to the rank of Captain, served two tours in Afghanistan, and dedicated his life to the military community. This is a huge part of this life. 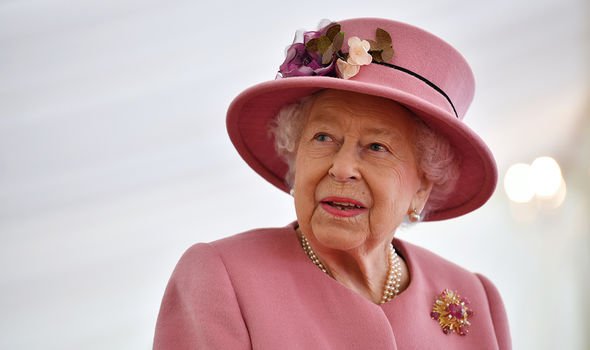 “To see him denied this wreath placed in his name was hard news for many. I was uncomfortable reading the story.

“After wreaths are laid by the royal family and politicians, there are wreaths laid by charities and organisations that support the military community.

“I’m not sure how there couldn’t have been a compromise made to accommodate him. It is not a great look.

“What is more surprising is that someone in the monarchy decided to give that information that this wreath has been denied to one of the most read newspapers.

“It puts out this very personal information, and takes away from a moment focused on war veterans.” 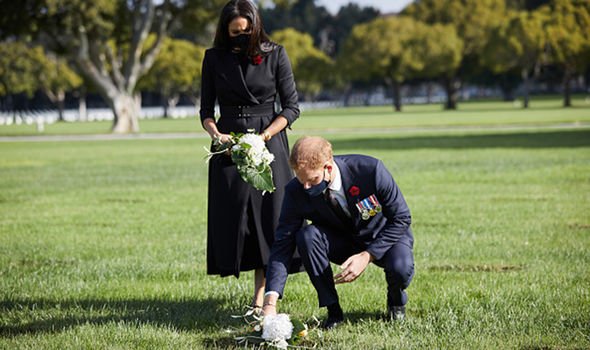 Heirpod co-host and ABC foreign correspondent Maggie Rulli added: “Rationally I understand the decision, but the emotion behind it is heartbreaking.

“That said, it’s one thing to just follow protocol, it’s another thing to maliciously bring up rumours or stir controversy around Remembrance Day.”

Harry, who currently lives in California with his wife, Meghan Markle, and son, Archie, couldn’t travel to the service himself.

Royal biographer Robert Lacey said that the snub is a “sign the family feud is worse than we thought”.

He added that the photographs documenting Prince Harry and Meghan Markle’s personal visit to a cemetery in Los Angeles had been “clearly issued as part of the ongoing battle between the Sussexes and the palace”.

The couple laid flowers that Meghan picked from their garden at the gravesites of two Commonwealth soldiers, one who had served in the Royal Australian Air Force and one from the Royal Canadian Artillery.

‘Couldn’t keep hands off each other!’ Queen’s ex-aide speaks of Charles and Diana’s love
Asia

2 men admit to role in ruse where bank was duped into approving $2.84m mortgage loan

Hong Kong’s Courts Are Still Independent. Some Want to Rein Them In.
We and our partners use cookies on this site to improve our service, perform analytics, personalize advertising, measure advertising performance, and remember website preferences.Ok