The Duke of Sussex is “torn” between wanting acceptance from members of his family and the love of his wife, Meghan Markle, according to a royal expert. The commentator added that once his book is released there is “no going back”.

Harry signed a multimillion pound deal to write four books with Penguin Random House, with the first believed to be a tell-all memoir.

The release date of the memoir, which is expected to be an unflattering account of the Prince’s life in the Firm, has reportedly been postponed until next year.

But once the book is on the shelves, there will be no going back for the Duke, royal author Robert Jobson said.

He told The Sun: “Harry will no doubt be torn between wanting acceptance from his family and also the love of his wife. But he has now left himself in a Catch-22 situation. 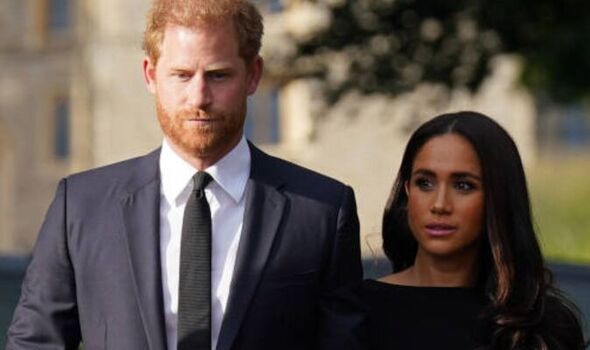 “He has signed a four-book deal worth millions with Penguin Random House. He needs the money to fund his flash Californian lifestyle.

“Once that book, which is now written, hits bookshelves there will be no going back for Harry.”

A source close to the couple said the book would no longer be released in winter this year, as initially planned.

But royal author Tom Bower claimed the Duke of Sussex has reportedly insisted the memoir be released on time. 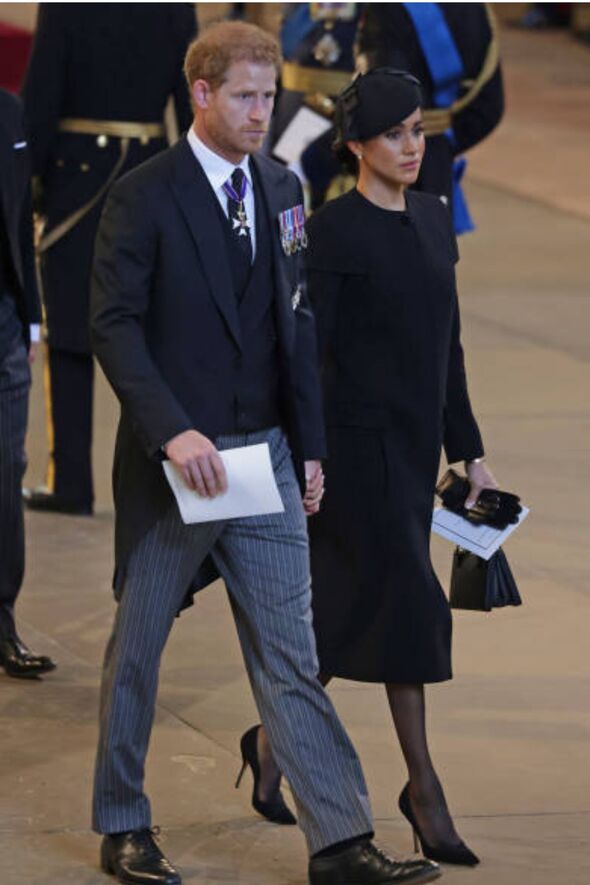 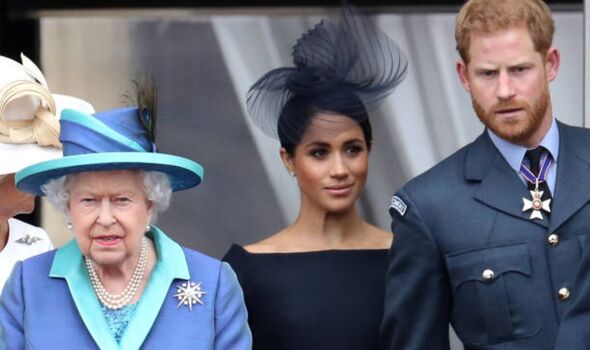 But recent events, including the death of Harry’s beloved grandmother, have caused some to speculate whether new material will be added to the book.

The memoir, which was ghostwritten by American author JR Moehringer, is expected to delve into Harry’s story of losing his mother, marrying his wife and quitting life as a working royal.

The Telegraph has suggested the final draft could now be amended with an epilogue to include Harry’s experience over the death of Queen Elizabeth II.

But it has not yet been confirmed the exact contents of the highly-anticipated book. 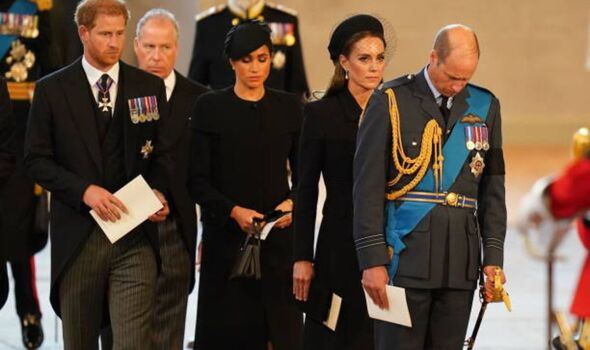 The Royal Family is said to be concerned about the Duke’s decision to release the book, which Penguin described as “the definitive account of the experiences, adventures, losses, and life lessons that have helped shape him”.

Palace aides fear that the book will cause further damage for the Duke and his relationship with the Firm, sources have claimed.

Prince Harry and Meghan Markle have remained in the UK following the late monarch’s death on September 8, and are currently observing a week-long mourning period following her state funeral on Monday.

Queen revelation: Her Majesty used to line pencils up to feel ‘safe’ as a child – claims

COVID-19: The vaccine’s success means we have to look at the data differently