The Duke of Sussex has announced the Invictus Games foundation, which was set up for injured and wounded service personnel in 2014, will work with the NHS for people to “learn from each other”. He added NHS workers have been “engaged in a new kind of battle” over the last year while treating thousands of people with covid. One of the guests on the podcast will be Harry’s friend and former Strictly Come Dancing contestant JJ Chalmers.

Harry, who is patron of the Invictus Games Foundation, said: “For a year now, NHS workers have been engaged in a new kind of battle. They have consistently set-aside their own physical and emotional health in the service of others.

“This service and sacrifice resonates deeply with so many in the Armed Forces community.

“With this ongoing project, we know that the NHS and Invictus communities will learn from each other, support each other, and lead conversations that everyone can draw from.

“It is from these shared experiences I hope people can find strength, compassion, and understanding, and the inspiration they need for their own recovery and resilience.” 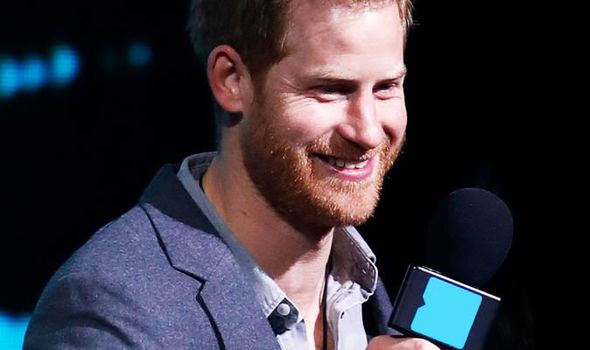 Other guests on the podcast are said to include Emanuel Ansah (Manny), a commonwealth soldier from the Royal Army Medical Corporation, Ibrah Ali (Ibi) who joined the British Army completing operational tours in Iraq, David Wiseman who served in the Infantry in both Iraq and Afghanistan, Dave Henson with operational service in the Royal Engineers and Ellie Marks, from the US Army.

The podcast will feature conversations between people from the Invictus Games community and the NHS, with the first one involving Glenn Haughton, the Armed Forces Mental Health Champion chatting to the host, former soldier Michael Coates.

Mr Haughton will give tip on reconnecting with your family when you have been working away, along with the challenges that surround returning to the family unit.

The project will also include the launch of a 5k challenge for NHS staff.

An Invictus Games statement added: “The podcasts form part of a comprehensive support package that is available to all NHS staff during the pandemic, including access to dedicated professionally-led helplines, free access to a range of mental health apps, coaching sessions and other mental health and wellbeing support.”

Harry launched the Invictus Games in 2014 and they have been held all over the world since then.

But he has been forced to delay the 2020 games twice, due to the pandemic raging on.

The plans to hold the next games at The Hague have been delayed until 2022.