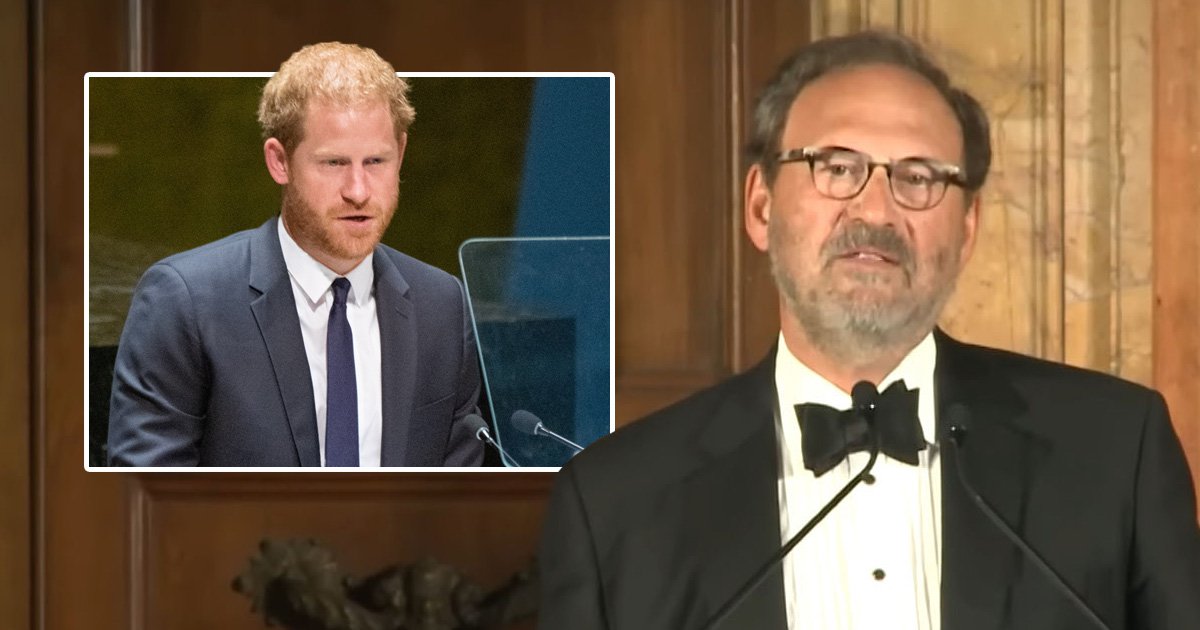 Prince Harry has been mocked for attacking the Roe v Wade overturning by the ultra-conservative supreme court justice who wrote the ruling.

The Duke of Sussex, 37, earlier this month again waded into politics by lecturing the United Nations on how the world is enduring a ‘global assault on democracy and freedom’.

In his first public remarks since the decision to overthrow the landmark 1973 abortion rights ruling, justice Samuel Alito savaged the royal and the string of world leaders who have slated the Supreme Court’s move.

The staunch Roman Catholic conservative, 72, was treated to gales of laughter as he told a ‘religious liberty’ conference in Rome: ‘What really wounded me – what really wounded me – was when the Duke of Sussex addressed the United Nations and seemed to compare the decision, whose name may not be spoken, with the Russian attack on Ukraine.’

He sneered: ‘I had the honour this term of writing I think the only Supreme Court decision in the history of that institution that has been lambasted by a whole string of foreign leaders who felt perfectly fine commenting on American law.’

Justice Alito joked ‘one of these was Boris Johnson, but he paid the price’ – referring to the Prime Minister’s resignation amid a sleaze scandal and his Partygate and Flatgate rows.

The justice spouted his sarcasm during a previously unannounced speech on July 21 about the importance of religious liberty.

The University of Notre Dame posted video of the event online yesterday, which has since prompted a wave of abuse against the justice on social media.

Harry rebuked the Supreme Court decision along with Russia’s bombardment of Ukraine during a speech at the UN in New York City on July 18, for Nelson Mandela Day.

The dad-of-two, who has son Archie, three, and 13-month daughter Lilibet with ex-actress wife Meghan Markle, 40, lectured: ‘And from the horrific war in Ukraine to the rolling back of constitutional right in the US, we are witnessing a global assault on democracy and freedom, the cause of Mandela’s life.

‘This has been a painful year in a painful decade. We are living through a pandemic that continues to ravage communities in every corner of the globe.’

Justice Alito, renowned as one of the Supreme Court’s most conservative justices, was nominated to the court by President George W Bush in 2005, and declared in his speech ‘religious liberty is worth defending’.