Prince Harry has admitted he was ‘probably bigoted’ before he started dating Meghan Markle.

In a new teaser for his CBS News interview due to air Sunday, he tells interviewer Anderson Cooper he was ‘incredibly naïve’ about how the UK press would treat his relationship with the American actress.

He says ‘the race element’ had been ‘jumped on straight away’, adding that he had no idea how ‘bigoted’ the British press was until his wife and their relationship were thrust into the spotlight.

‘What Meghan had to go through was similar in some part to what Kate and what Camilla, went through – very different circumstances,’ the duke says in the 30-second clip released on Thursday.

‘But then you add in the race element, which was what the press – (the) British press jumped on straight away.

‘I went into this incredibly naive. I had no idea the British press were so bigoted. Hell, I was probably bigoted before the relationship with Meghan.’

Cooper responds by asking the duke: ‘You think you were bigoted before the relationship with Meghan?’ 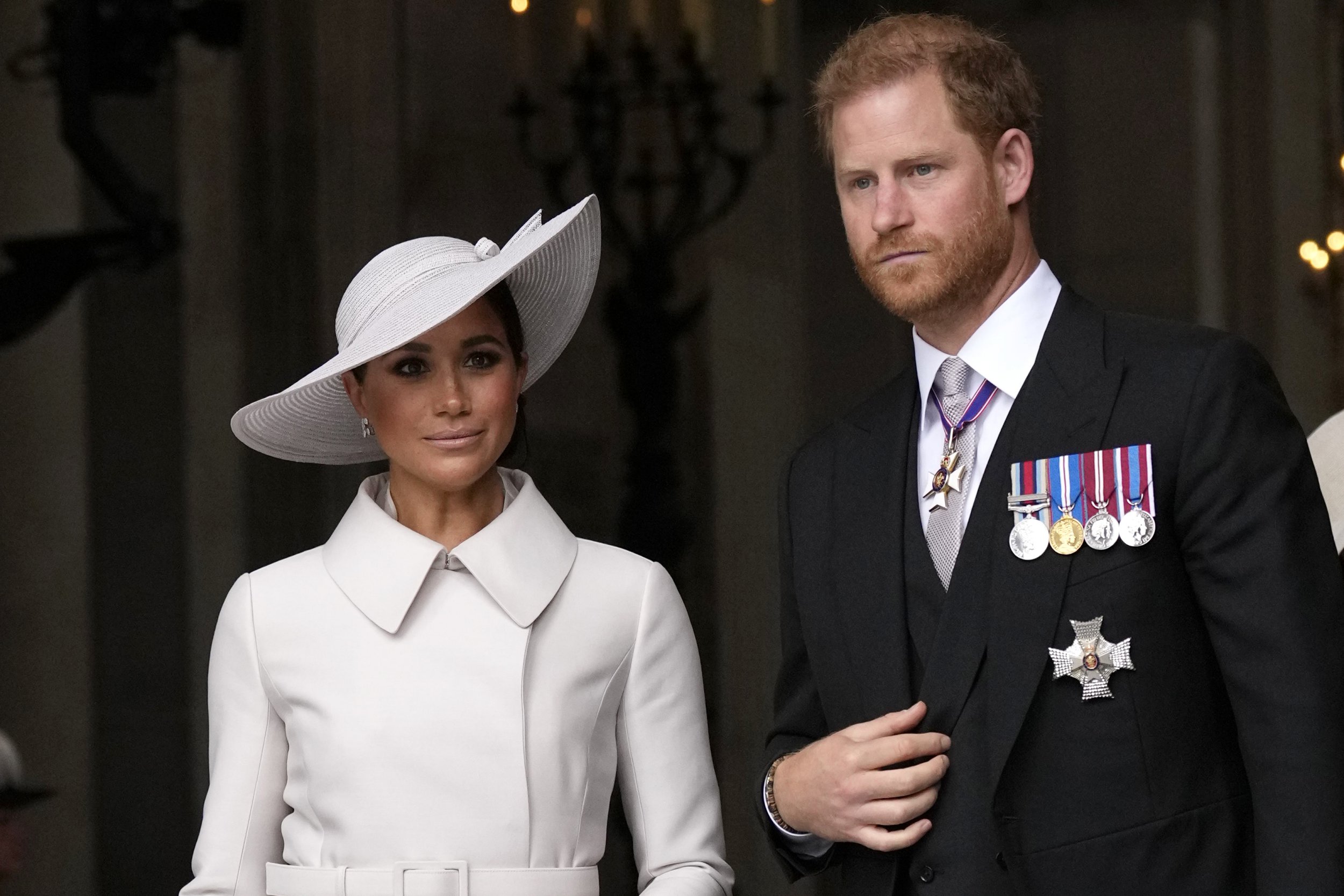 In another clip from the 60 Minutes interview, Harry explained why his move away from the royal family has been so public.

‘Every single time I’ve tried to do it privately there have been briefings and leakings and planting of stories against me and my wife,’ Harry told Cooper.

‘You know, the family motto is never complain, never explain, but it’s just a motto.’

Cooper asks: ‘There’s a lot of complaining and a lot of explaining… being done through leaks.’

Harry explained: ‘They will feed or have a conversation with the correspondent.

‘And that correspondent will literally be spoon-fed information and write the story. And at the bottom of it they will say that they’ve reached out to Buckingham Palace for comment. But the whole story is Buckingham Palace commenting.

‘So when we’re being told for the last six years, “We can’t put a statement out to protect you”. But you do it for other members of the family. It becomes – there becomes a point when silence is betrayal.’

The interview is one of three the duke has done to promote his memoir Spare, which is due for release on January 10.

The CBS interview – the first he has done with American television about the book – will air on Sunday. Airing the same day – at 9pm in the UK – will be an interview with ITV’s Tom Bradby.

A third interview with GMB will be broadcast on Monday morning.

The duke will also be interviewed by Stephen Colbert on the Late Show on CBS in the early hours of Wednesday morning, UK time.

It comes after the book accidentally went on sale early in Spain – despite its stringent security.

According to The Sun, the Spanish version En La Sombra, which translates as ‘In the Shadow’, shows that Harry has dedicated his memoir ‘Para Meg, Archie y Lili… y, for supuesto, mi madre’ – ‘For Meg, Archie and Lili… and, of course, my mother’.

Amid multiple leaks from the book, ITV released a new trailer for Tom Bradby’s interview with the duke, which will be broadcast at 9pm on Sunday night.

Bradby challenges Harry on ‘invading the privacy of your most nearest and dearest without permission’.

Harry replies: ‘That would be the accusation from people that don’t understand or don’t want to believe that my family have been briefing the press.’

The duke is also seen saying: ‘I don’t know how staying silent is ever going to make things better.’

ITV News at Ten presenter Bradby – a friend of Harry’s – says: ‘Wouldn’t your brother say to you, ‘Harry, how could you do this to me after everything? After everything we went through?’ Wouldn’t that be what he would say?’

Harry replies: ‘He would probably say all sorts of different things.’

Asked if he will attend his father’s coronation later this year, he said: ‘There’s a lot that can happen between now and then but the door is always open, the ball is in their court.’