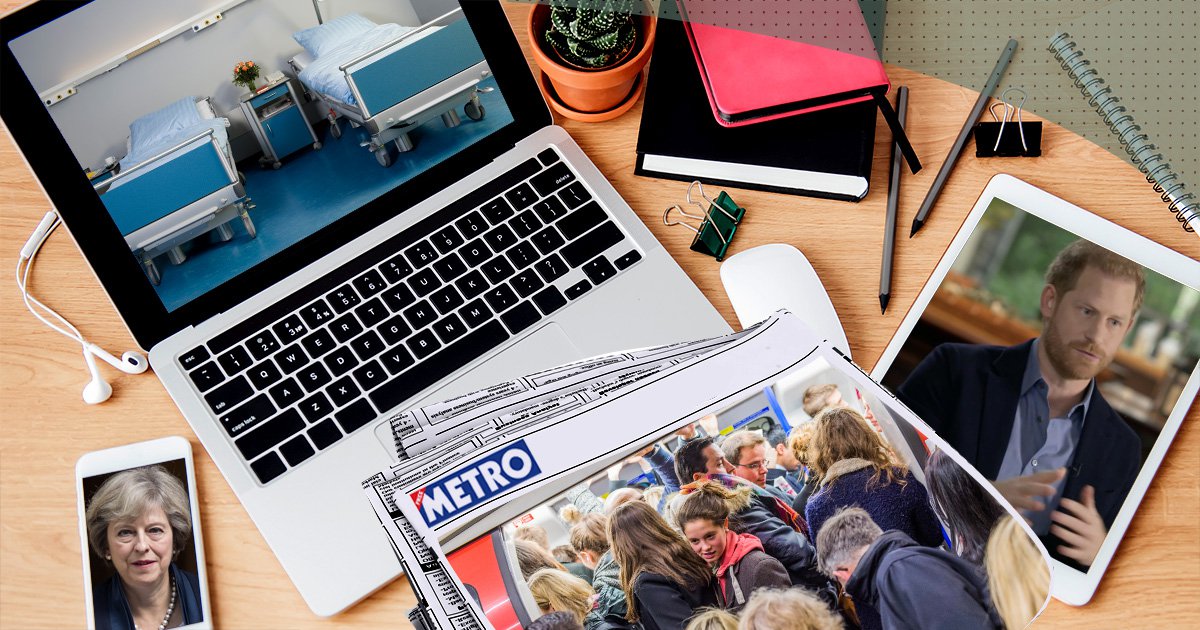 Prince Harry’s explosive interview with ITV, before the UK release of his memoir Spare today, has garnered him bucket loads more criticism.

Readers have responded to his revelations by saying that it is undignified, especially of a royal, to wash one’s dirty laundry in public.

His reputation has taken such a beating by the publication of his confessions – involving sex, drugs, and the Afghanistan war – that his popularity has dropped to an all-time low.

Read on to see what else has got people’s chins wagging.

■ Prince Harry has broken many taboos in his autobiography Spare and his interview on ITV (Metro, Mon). It is never a good idea to wash one’s dirty linen in public, nor was it sensible to share his Afghanistan wartime experiences with the whole of the world.

There is an unwritten rule within the military forces that such experiences should not be disclosed in any great detail, for moral and security reasons.

If Harry’s aim is to embarrass or damage the reputation of the British monarchy, he might well succeed in doing so. But to do so for revenge and financial gain is a cardinal sin – and not one that the majority of our monarchy-loving citizens will ever forgive him for. Al, Charlton

■ While the world sits and watches this sad unfolding story, drip-fed to the masses for maximum financial benefit, there is no compassion for King Charles’s second son, Harry.

It appears that Harry was never allowed to grieve properly as a little boy. What the world is witnessing is a breakdown – not because he is spiteful but because he cannot cope with the life he was born into. The one person who truly loved him has been taken away from him and no amount of money or toys can replace her.

‘The Firm’ – the royal family – are waiting for him to shut up and go away. Reaching out in any conflict is the only way forward. What has been said cannot be unsaid but showing compassion from everyone will start a healing process.

The country lacks the steady hand of Harry’s grandmother but his father can start to play the peacemaker. Tony B, Thailand

■ Now that Prince Harry has bragged about taking 25 human lives in Afghanistan, presumably from afar at no risk to his safety, will he be donating the income from his memoir to any of the aid agencies that are trying to alleviate the grinding poverty and very real suffering taking place in Afghanistan – a region that has been the victim of numerous imperial incursions over the course of centuries?

‘The Prince of Paradox’

■ As Prince Harry moans on and on, we should change his title to Duke of Whinger. He is interesting. He supposedly wants his close family back but spends all of his time slagging them off. He wants privacy but publishes every conceivable intimate detail of his private life. He wants to save the planet but keeps travelling by private jet. Maybe a life coach could help him. Dan Hartley, Solihull

■ I wish there was a way I could harness all the hot air emanating from Prince Harry to heat my home. David Perry, Broadstairs

■ I don’t need to watch Harry’s interview or read his book. I just want to end the farce that is the royal family. I’ve always believed that the UK should be a republic. Why should the same family be in the same position, at the top of society, without it ever being questioned?

I’m sick to death of the circus that people stupidly call the royal family. We all should have the final say about who sits at the top table of society. Whoever we put at the top of society should be there for no more than eight years. We are treated like fools and as a never-ending money tree for the royals to use and abuse as they so wish.

It’s time for the UK to be a republic, regardless of what Harry does and says. Let us be given the right to choose our own destiny, not have our destiny forced upon us from someone we didn’t choose or elect. Ged Jarvis, Manchester

■ Harry and Meghan will make millions of pounds from the publication of the book Spare but they will lose something that’s a lot more valuable: the respect of the vast majority of British people. Scott, West London

■ I cannot understand the type of people who would buy such rubbish as Spare. Nobody is really interested in the squabbling of some silly royals. James Bradshaw, London

■ Has Harry thought about the damage his interviews and his book will do to his children as they get older and have access to all of this? This information will be available for ever. Wilma, by email

■ No one is interested in you, Harry and Meghan, washing your dirty linen in public. DW, Glasgow

■ Harry said Meghan placed her hands on the grave of his mother, Diana, asking for clarity and guidance. Who still stubbornly insists that spirits and ghosts are not real? Mystic Meg, Birmingham

■ Regarding the crisis in NHS hospital capacity, when people had finished their hospital care years ago they would go into convalescence care, thereby vacating much-needed beds. The government opened Covid hospitals in the space of weeks. Could they not do the same while they come up with permanent solutions? Corin, London

■ The NHS is a victim of its own success because medical innovation has prolonged the lives of patients. The Royal College of Emergency Medicine is right to suggest reforms cannot be delayed. The last royal commission on the NHS was in 1975. Another should urgently be considered. Robert, London

■ Looking at the league table for MPs’ earnings on the speech circuit (Metro, Mon) leads me to ask: what right-minded individual would pay to listen to Theresa May? She’s about as inspirational as a leaky bucket! Robert Boston, Kings Hill, Kent

■ I hope to write an opera in memory of our late Queen. No disrespect to Her Majesty, who had a good sense of humour, nor to George Gershwin, but it’s going to be called Corgi And Bess. Chris, South London

■ I wrote this rhyme on travels on transport. People won’t move down the train/Block the doors and that’s a pain. Use a seat for bags and computers/Shouldn’t they be for fellow commuters? City gents with suits all crinkly/Don’t offer a seat if you’re a wrinkly. The people that offer don’t have shiny shoes/They’re young, wearing trainers, with loads of tattoos. J Phillips, Eltham

■ If you press the button on the train door, this secures you the right to get on first. Pusher’s privilege. Christopher, Billericay

■ To people getting on buses in the early hours – have a thought for those who work for a living when you’re holding up the queue, fumbling in your bags and purses for change. You know you’re boarding the bus, so get yourself organised. Some of us are already late for work – no fault of our own, as buses are unreliable. Dee, Birmingham

Start a text with VIEWS followed by your comment, name and where you live to 65700. Standard network charge applies. Or email [email protected] Helpline for Views: 020 3615 0600. Full T&Cs on metro.co.uk/terms Metro is a member of the Independent Press Standards Organisation. Comments may be edited for reasons of legality, clarity or space.