Harry is facing a furious backlash amid claims of political interference after he urged people in the US to “reject hate speech” and vote in the presidential elections.

In a video released last night, he said: “As we approach this November, it’s vital that we reject hate speech, misinformation and online negativity.”

Meghan Markle also urged Americans to vote in the “most important election of our lifetime”.

A Buckingham Palace spokesman said: “The Duke is not a working member of the Royal Family and any comments he makes are made in a personal capacity.”

Harry remains sixth in line to the throne despite stepping down as a senior working royal, and members of the royal family traditionally do not vote or become involved in elections or political matters.

Broadcaster Piers Morgan condemned Harry for his remarks, tweeting: “Prince Harry poking his woke nose into the US election & effectively telling Americans to vote against President Trump is completely unacceptable behaviour for a member of the Royal Family.”

A source close to Harry insisted the duke was not referring to Donald Trump nor any other individual when he made the remarks.

The source said: “The duke was talking about the tone of debate in the run-up to an election which is already quite febrile.

“He is not talking about any candidate or specific campaign.

“He is building on a lot of stuff that he’s said before about online communities, how we engage with each other online, rather than specifically making any political points.” 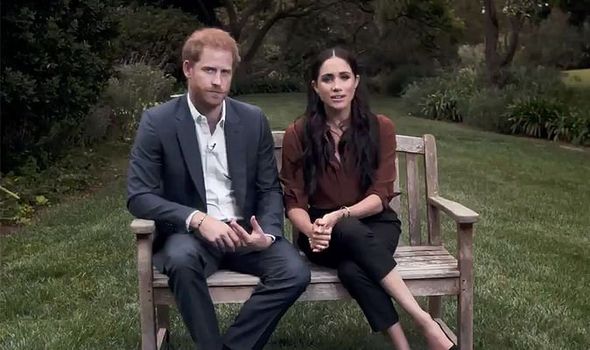