Prince Harry looks like he has been “sidelined” in new portraits released of the Duke of Sussex and his wife Meghan Markle, according to a royal commentator. Richard Fitzwilliams said it was “puzzling” that the pictures shows Meghan in an “extremely strong pose” whereas Harry looks “sheepish in the background” and appears on the “sideline”.

He said many would see it as being “symbolic” of the Duke and Duchess of Sussex’s “actual relationship”.

Mr Fitzwilliams told Express.co.uk: “What is puzzling is the photograph where Meghan, dressed in bright red, has an extremely strong pose with a fixed expression and appears to sideline Harry who looks rather sheepish in the background.

“Many will see this as symbolic of the couple’s actual relationship. 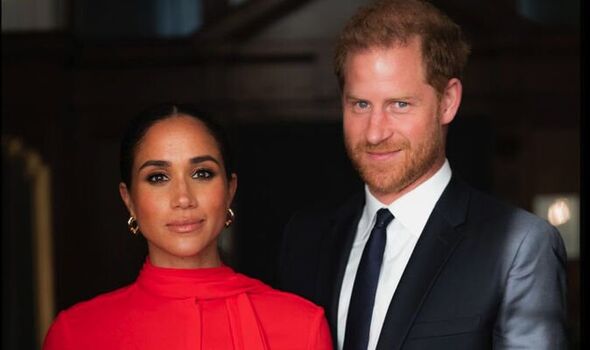 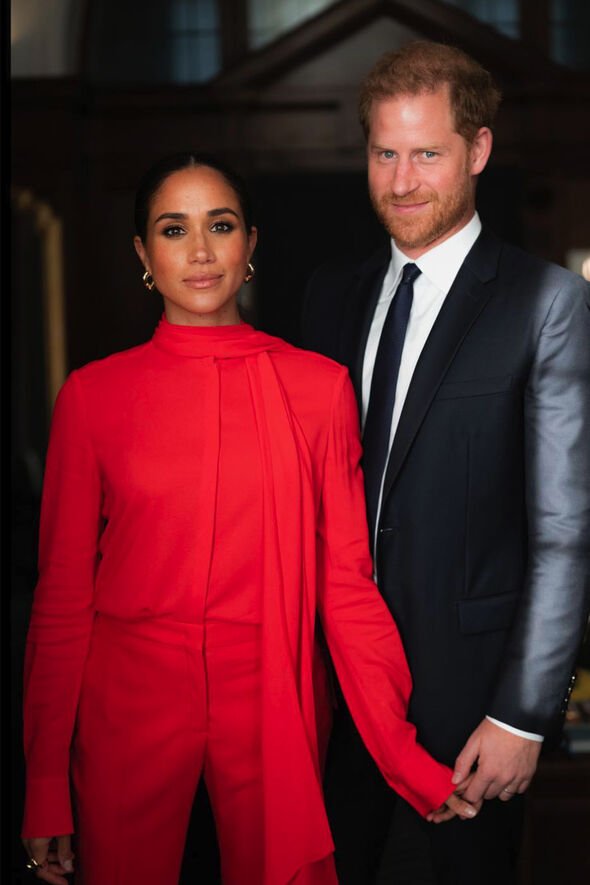 “In contrast, the black and white photo of them standing side by side looking inspirational is skilfully taken and is surely more flattering too.”

Prince Harry, 38, and Meghan, 41, released new photographs from their recent visit to the UK taken by their 45-year-old friend and photographer Misan Harriman.

The pictures were taken ahead of the One Young World Summit in Manchester on September 5. 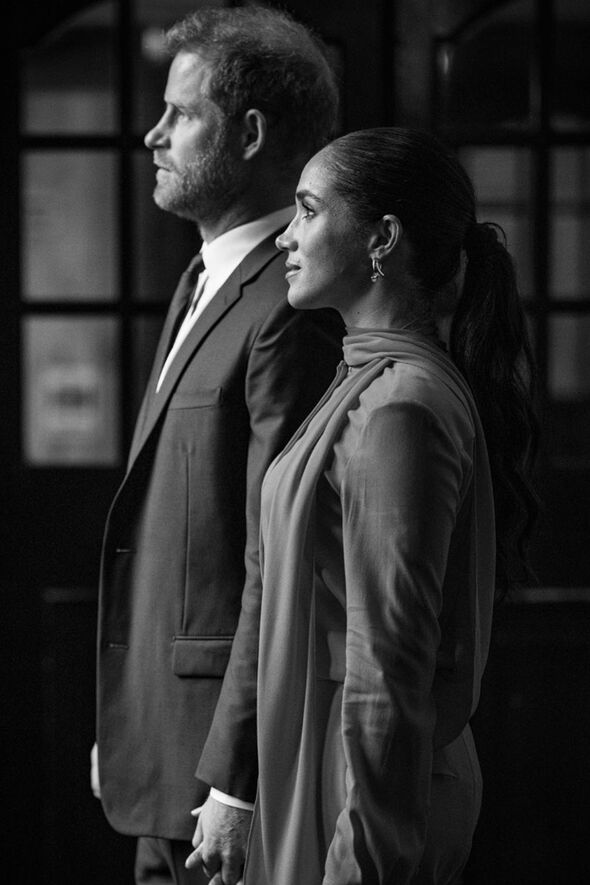 The Duchess was wearing a red suit and a matching red blouse, while Harry looks smart in a black suit.

A second image, taken at a side-on angle, was released in black-and-white. 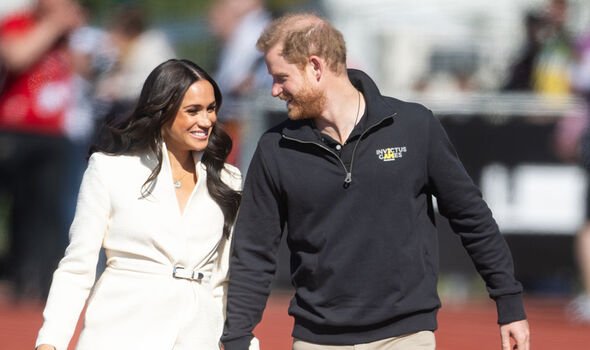 The snap again showed Harry and Meghan holding hands but the couple instead looked straight ahead.

It came just two days after the first official portrait of King Charles III and Queen Consort Camilla were released with the new Prince and Princess of Wales standing by their side in the picture.

Mr Fitzwilliams said the Sussexes’ decision to release the photos so close to Charles and Camilla’s portrait was further signs the couple were not “coordinating their activities” with the Firm. 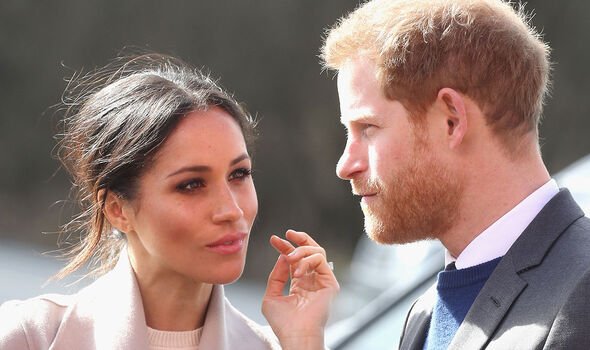 Mr Fitzwilliams added: “The photos the Sussexes have just released are further proof that they are not coordinating their activities with other members of the royal family.

Their appearance just after the release of the official photograph of its most senior members taken on the eve of the Queen’s Funeral and coinciding with the first joint public engagement of the King and Queen Consort in Scotland proves that clearly enough.

“They have not done so since their departure, but this would surely be a positive gesture at the start of a new reign.”