Prince Harry served in the British Army for 20 years rising to the rank of Captain and undertaking two tours of Afghanistan. The Duke of Sussex spoke about his service on the military podcast Declassified where he reflected on the importance of Remembrance Day for him. So why was Prince Harry unable to lay a wreath at the Cenotaph for Remembrance Sunday?

Prince Harry shared his thoughts about the armed forces and what Remembrance Day meant to him in a new podcast released to mark Remembrance Sunday.

The Duke of Sussex said: “Remembrance Day for me is a moment for respect and for hope. Respect for those who came before us and hope for a safer world.

“The act of remembering, of remembrance, is a profound act of honour.

“It’s how we preserve the legacies of entire generations and show our gratitude for the sacrifices they made in order for us to be able to live the lives we live today.”

Speaking on Declassified he said: “I wear the Poppy to recognise all those who have served; the soldiers I knew, as well as those I didn’t.

“The soldiers who were by my side in Afghanistan, those who had their lives changed forever, and those that didn’t come home.

“I wear it to celebrate the bravery and determination of all our veterans, and their loved ones, especially those in our Invictus family.

“These are the people and moments I remember when I salute, when I stand at attention and when I lay a wreath at the Cenotaph.” 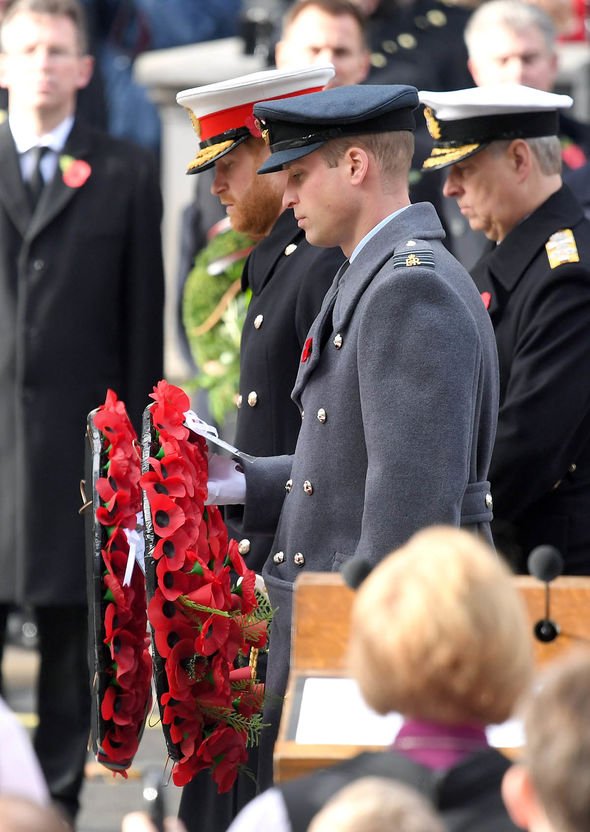 Prince Harry was refused permission for a wreath to be laid at the Cenotaph on his behalf, according to The Times.

On Sunday, November 8, wreaths were laid on behalf of Queen Elizabeth II, the Duke of Edinburgh, Prince Charles, Prince William, Prince Edward, Princess Anne and the Duke of Kent.

Each member of the Royal Family was standing at a social distance from others regardless of whether or not they were involved in laying wreaths or standing on the balcony watching.

Prince Harry reportedly asked for a wreath to be laid on his behalf today.

However, his request was denied by Buckingham Palace on the grounds he is no longer a representative of the monarchy.

Harry and Meghan Markle left their senior roles within the Royal Family at the end of March this year.

Under their exit agreement, the couple is no longer allowed to use their most exclusive HRH titles, had to forgo all public funding for their work, and had to repay the £2.4m paid for the refurbishment of their home Frogmore Cottage. 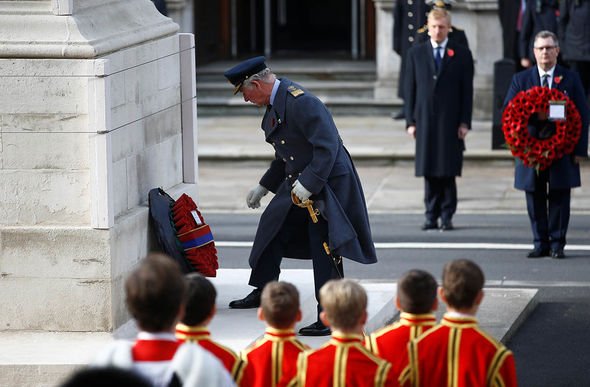 The Duke of Sussex was unable to attend the service on November 8.

Since leaving the Royal Family he has lived with his wife Meghan and son Archie Harrison Mountbatten-Windsor in the United States.

Given the ongoing pandemic and travel restrictions, the family could not easily have returned for the occasion.

Harry was not alone in missing the ceremony, Prince Andrew was also absent, having stepped back from the Royal Family in 2019.

Harry is believed to have been deeply saddened by this decision, particularly as Remembrance Day is so important to him personally.

The Duke of Sussex was forced to forego several military titles upon leaving the Royal Family, which reportedly was extremely difficult for him.

The Queen was not made aware of her grandson’s wish according to the publication.

Royal snub: Why Queen ‘refused to give Mick Jagger a knighthood’