Prince Harry, 36, is preparing to return to the UK for the first time in more than a year following the death of his grandfather Prince Philip, Duke of Edinburgh on Friday. Harry and his wife Meghan Markle, 39, relocated to California following their royal stepdown last year and have not been back to Britain since. According to royal insiders, the Duke of Sussex has spoken to a number of Royal Family members ahead of his return and is expected to make the trip without his heavily pregnant wife and one-year-old son Archie Harrison.

The Duke of Sussex is said to have spoken to his father Prince Charles, 72, and his cousins Princess Beatrice, 32, and Princess Eugenie, 31, following the announcement of Philip’s death at 12pm yesterday.

A source told the Daily Mirror: “He said he wants to be with everyone and was already making arrangements to come home.”

Harry’s UK return is due to happen just weeks after he and Meghan Markle’s explosive interview with Oprah Winfrey left the Royal Household reeling.

Harry is known to have been extremely fond of his late grandfather Philip and was handed down one of the Duke’s treasured military titles upon his retirement from public life in 2017. 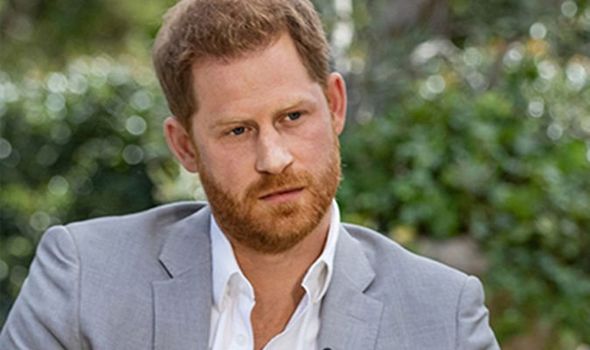 Upon his retirement, the Duke of Edinburgh handed Harry his role of Captain-General of the Royal Marines.

A title the Duke is understood to have been upset about having to give up following his and Meghan’s decision to quit the monarchy.

Meghan and Harry paid tribute to the Duke of Edinburgh on Friday by posting a short statement on their Archewell website.

The tribute read: “In loving memory of His Royal Highness The Duke of Edinburgh 1921-2021.

“Thank you for your service…you will be greatly missed.”