However, the royal will not take any questions from the media, a news report has claimed. The 37-year-old and his wife Meghan Markle have landed back in the UK after reportedly “flying commercial” from the US.

The Duke and Duchess of Sussex have returned for their first visit since the Queen’s Platinum Jubilee and shunned the use of a private jet, Hello! reported.

According to reports, Harry is due to attend a press conference to launch the Invictus Games, his sports tournament for sick and wounded veterans.

The Sussex’s will appear at events in London and Manchester, as well as jetting off to Germany to mark the one year countdown to the Invictus Games.

The Duke of Sussex will make an appearance on a panel at the Dusseldorf event and will ‘deliver remarks’, however he will not take questions, according to The Telegraph. 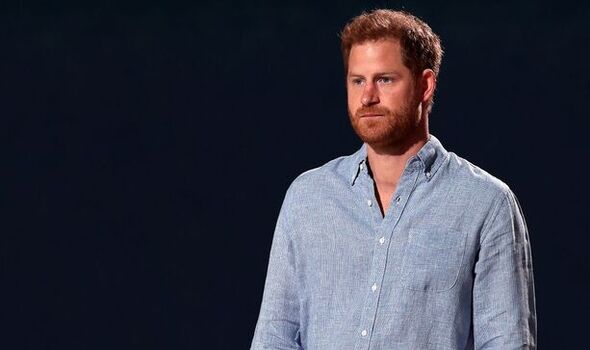 The royals will head to Manchester on Monday for the One Young World summit, an event which brings together young leaders from more than 190 countries.

Meghan, a counsellor for the organisation, will give the keynote address at the opening ceremony.

They will also meet a group of summit delegates doing “outstanding work on gender equality”, One Young World said.

The couple will then head to Germany for the Invictus Games Dusseldorf 2023, ‘One Year to Go’ event which is taking place on Tuesday, before returning to the UK for the WellChild Awards in London where Harry will deliver a speech on Thursday.

The Duke will attend a press conference in his role as founding patron, along with German politicians, before handing over to Invictus competitors and organisers.

He and the Duchess have both been taking part in extensive filming for a Netflix documentary about Invictus.

At The Hague, numerous film crews followed the couple as they met with international teams and spoke to veterans.

There is no set release date for the programme.

DON’T MISS:
Zelensky praises PM for role against Ukraine
Queen has ‘no choice’ but to strip Sussex’s of titles
Royal Family LIVE: Harry and Meghan ‘have ARRIVED’ back in the UK

The couple are also believed to be filming for a documentary series about their own lives and work.

Their team have never confirmed reports of a reality television-style show, but the Duchess last week said it would show her and Prince Harry’s “love story”.

It is said to be airing later this year.

The week of public activity comes after the Duchess launched her Archetypes podcast and received backlash for her interview with The Cut.

COVID-19: Children as young as five could get jab in spring, according to leaked plan reports