The Duke and Duchess of Sussex’s interview with Oprah is said to have left the Palace in a state of turmoil. The tell-all, which ITV aired in the UK last month, saw the couple attack the way the Firm deals with issues surrounding mental health and race. Meghan also took aim at the institution for not “protecting” her from negative media coverage, while claiming she had been “silenced” and unable to speak out during her time as a working royal.

She even alleged: “I don’t know how they [the Palace] could expect that after all of this time, we would still just be silent if there is an active role that the Firm is playing in perpetuating falsehoods about us.”

Harry also claimed that he felt “trapped” in the system of monarchy, before alleging that the Queen receives “really bad advice” from her royal advisers.

Speaking to royal correspondent Roya Nikkhah about the fallout from the interview, a source claimed: “Harry was worshipped by most people in the household now most people are horrified by him.”

The Duke of Sussex was once known as the loveable rogue of the Royal Family, recognised for being warm and down to earth, like his late mother Princess Diana.

But Ms Nikkhah claimed that the Sussexes’ interview with Oprah had changed this perception. 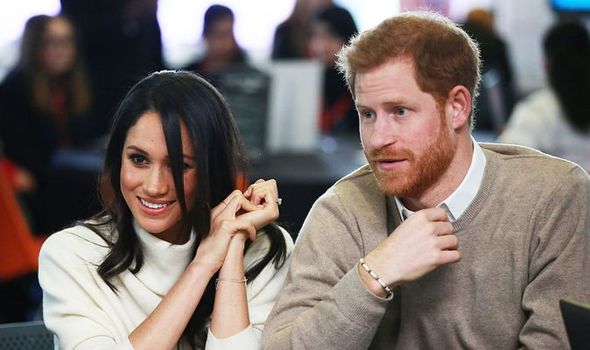 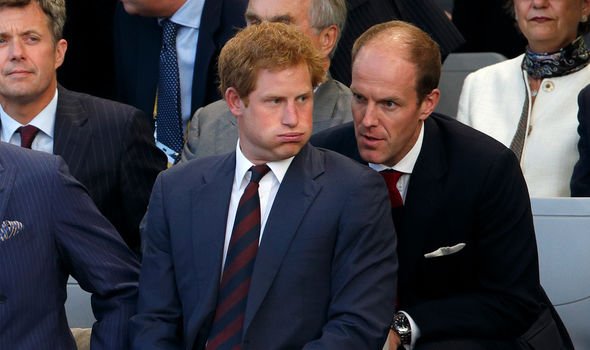 She explained: “Senior royal sources say the Sussexes’ portrayal of ‘the institution’ has created a ‘culture of fear’ among royal staff.”

Another source told her: “There are people, including young women in the households, who are now feeling nervous and afraid about going out on [royal] engagements because of what might happen due to what has been said.”

In response to the interview, the Queen issued a statement explaining that all the concerning issues raised would be addressed “by the family, privately”.

However, according to Ms Nikkhah in The Sunday Times, this means Palace employees reportedly feel “frustrated their story is not being told”.

Reports of a rift between Harry and Palace staff first began in 2018, when aides prohibited Meghan from supposedly wearing the tiara she had wanted to wear for her wedding. 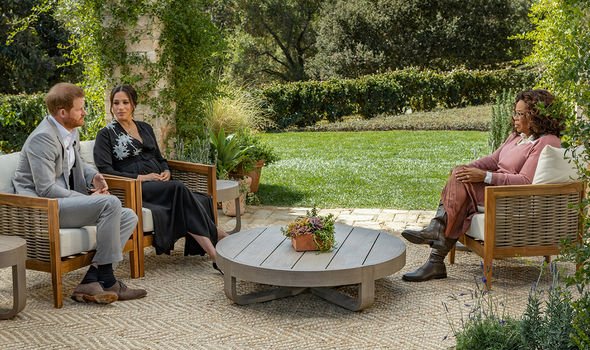 But, discussing that same incident, Palace insiders told The Telegraph that “we all cared deeply about Harry”.

They claimed they were determined to “do whatever it takes to make it work for Meghan”, as they knew that would “make him happy”.

An aide added: “Contrary to this idea that they weren’t supported, we were going to great lengths to accommodate their needs.”

Eyebrows were also raised at the couple’s rapid staff turnover during their brief time on the royal frontline as a married couple.

They reportedly got through two nannies in six weeks for their firstborn, Archie.

The Telegraph counted eight other staff members who left the Sussexes’ employment between September 2018 and January 2020, while Harry and Meghan’s royal exit last year triggered an additional flurry of redundancies. 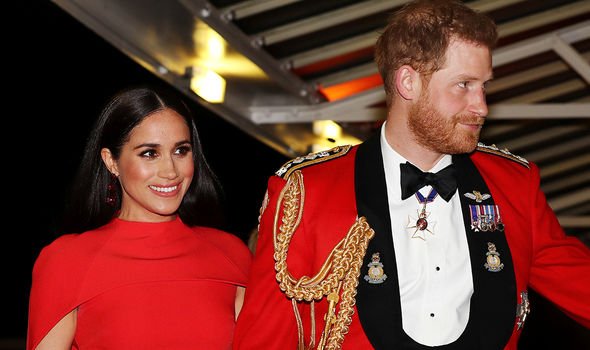 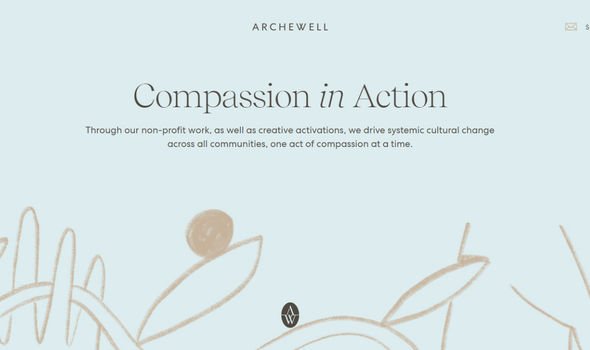 Indeed, the Sussexes are said to have struggled with the regimented Palace system from early on.

They set up their office, Sussex Royal, in 2019 and reportedly wanted it to work separately from Buckingham Palace’s complex system of hierarchy, aides and schedules.

However, this idea was rejected by the Firm, according to the Sunday Times, because the royal institution “doesn’t allow that kind of independence”.

The couple soon became frustrated with “taking the backseat” to other members of the Royal Family, according to Finding Freedom.

Authors Omid Scobie and Carolyn Durand said this contributed to the Sussexes’ decision to step down from the Firm last January.

They had to let go of the vast majority of their royal staff in the process, but have been building up a new body of employees through their latest vehicles.

Yet, this has also been hit with speculation, as the couple, once again, have experienced a flurry of employee departures.

Meghan and Harry’s chief of staff at Archewell, Catherine St-Laurent, stepped down after only 11 months and has now taken on an advisory role.

She has been replaced by James Holt, the Sussexes’ UK spokesperson.

This means the Sussexes have lost 13 key aides, from nannies to directors, over the past three years.

Harry’s biographer Angela Levin has claimed that not all of these employees “could possibly be had”.

She alleged: “Some of them come with huge credentials and experience. Harry and Meghan will develop a very bad reputation if it carries on like this.”

However, podcast host Ann Gripper defended the couple on Pod Save the Queen, and said: “When something is very new, then there is going to be a bit more flux.”

Archewell only launched officially in January this year, so the couple are also in the process of expanding.

They appointed Oscar-nominated producer Ben Browning as the new head of content, and have announced they will be working with a social impact agency called Invisible Hand.

Meghan and Harry were once expected to return to the UK this summer, to honour the unveiling of the Princess Diana memorial statue.

However, the fallout from the Oprah interview has cast doubt over the visit, as the rift between the Sussexes and the Palace appears to grow wider.

Is Downing Street trying to draw the sting out of the Russia report with election interference admission?

Megxit heartbreak: Why Royal Family will ‘miss’ Meghan and Harry as they leave ‘huge void’