Prince Harry may find it difficult to prevent his tell-all book from hitting the shelves, according to one royal expert who said he will have “one hell of a fight on his hands” if he wishes to do so. The million pound deal with Penguin Random House will see the Duke of Sussex open up about his life since leaving the Firm as a working member and beginning his new chapter in California with wife Meghan Markle and children Archie, three, and Lilibet, one.

But recent reports have suggested that the death of his beloved grandmother last month could see the Prince making last minute changes or even scrapping the book entirely.

However, one royal expert has warned that Harry would have a “fight” on his hands if he chose not to go ahead with publishing the memoir.

Duncan Larcombe told Fox News that the book, which could contain claims that the Royal Family may find difficult for their image, could be Penguin Random House’s best-ever-selling read.

Mr Larcombe said: “It could be their best-selling book of all time. Who knows? 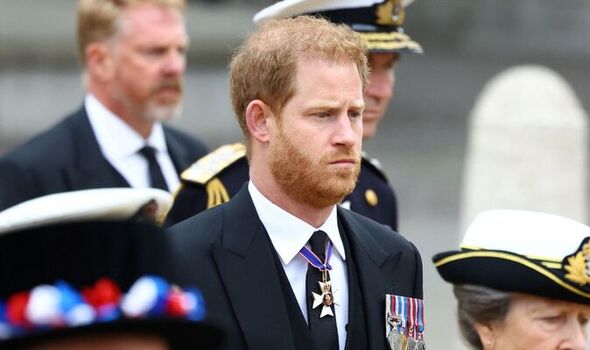 “So they won’t want to just turn around and say, ‘Fair enough Harry. Yeah? You don’t want to rock the boat anymore at this time.’ Simply doesn’t work like that. They’re in a business commercial world now.”

Reports indicate that the Palace hopes the book deal, claimed to be worth around £40 million, will be scrapped altogether.

Royal author Tina Brown recently said that she believes the book will not be published as it could cause even more damage to his already fractious relations with his family.

Harry has a long-running feud with his brother Prince William and reportedly has a difficult relationship with his father, King Charles III. 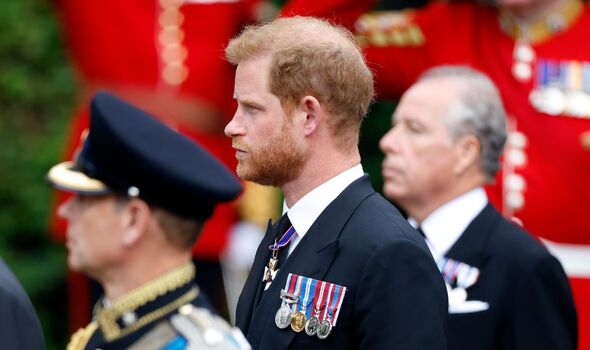 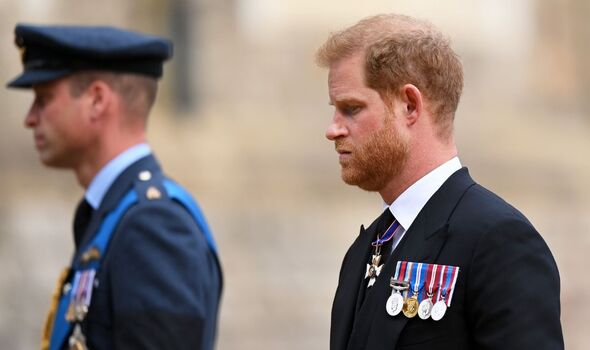 Ms Brown, the author of The Diana Chronicles and The Palace Papers, said to The Telegraph: “They are now in this bind, where they’ve taken all this money and Harry has made this book deal where he’s supposed to spill everything about his horrible life as a royal, but now he’s actually tortured about it because he understands there is no way back if he does it.”

Much of the speculation surrounding the book appears to have taken a turn after the death of the Queen, of which Harry expressed his devastation.

In a touching tribute after her death, he said: “Granny, while this final parting brings us great sadness, I am forever grateful for all of our first meetings – from my earliest childhood memories with you, to meeting you for the first time as my Commander-in-Chief, to the first moment you met my darling wife and hugged your beloved great-grandchildren.

“I cherish these times shared with you, and the many other special moments in between. You are already sorely missed, not just by us, but by the world over.” 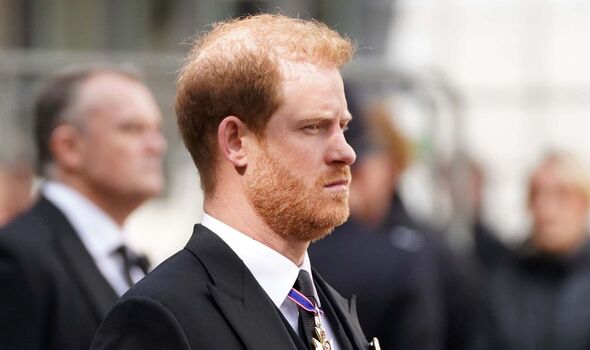 Mr Larcombe added that the Sussexes change of heart after the events in September is a question “of how much has the Queen’s death meant that Harry and Meghan have had to have a rethink”.

“I think it’s inevitable with delays that people will start to speculate as to what that means,” he continued. “I really don’t think there’s any likelihood that Harry would even be able to stop Penguin from publishing, to be honest.

“It’s all under contract and it’s all signed and done, you know?”

There is no set release date as of yet but it appears publishing has been delayed.

No EU consensus on approach towards Quad grouping