Harry and his wife Meghan Markle have been on the receiving end of great criticism in recent weeks after publicly commenting on the US presidential election. While neither of them have mentioned a particular party or candidate, Meghan has encouraged voters to hit the ballot box so they can implement “change”, which some took as a slight towards President Donald Trump. Harry, who is not a US citizen and therefore cannot vote in this year’s election, has supported his wife by encouraging the electorate to “reject hate speech”.

As he is still part of the constitutional monarchy and sixth-in-line to the throne, the Duke’s comments, in particular, triggered uproar within royal circles.

Royals are expected to be apolitical and protocol states that they should not cast votes in any elections — however, Meghan and Harry are no longer working royals so any comments they make are “made in a personal capacity” according to Buckingham Palace.

Even so, many are aware that the Duke and Duchess of Sussex have a strong friendship with the former Democrat nominee and then President Barack Obama, and his wife the former First Lady Michelle Obama.

Some believe the Sussexes’ Netflix deal even copied the blueprint of the Obamas’ contract with the streaming service signed in 2018. 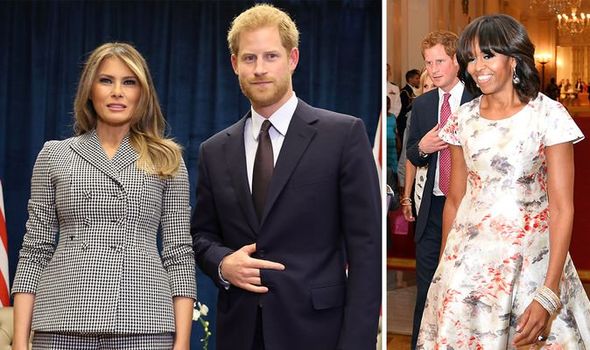 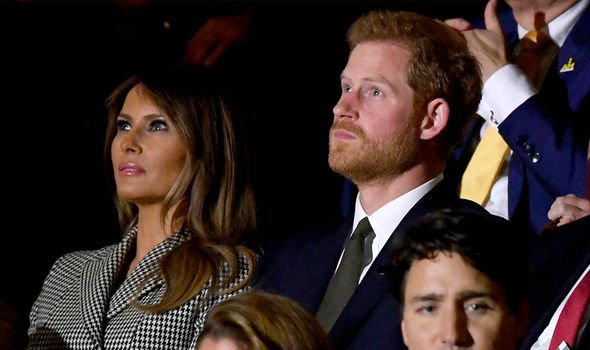 Harry became the first royal to meet a member of the Trump family in 2017, when the First Lady Melania Trump for the Invictus Games.

An image of the two of them quickly spread around the internet after their meeting, with some pointing out how Harry had put his hand into a strange gesture – half-tucked into his jacket.

It was the First Lady’s first solo international trip in the role, but the discomfort between the two became a source of speculation within the international media.

According to the Daily Mail, Mrs Trump and Harry spent less than half an hour together before Harry was whisked off to another engagement. 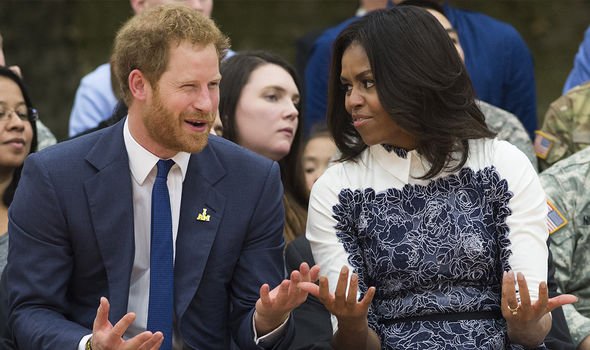 The report noted: “Harry initially appeared awkward when he was introduced to the Slovenian former model, smiling brightly for the cameras before letting it drop as he turned away.

“The pair then engaged in small talk with Mrs Trump thanking the Prince for coming before he asked her if she had been in Canada long.”

Mrs Trump was leading the US delegation at the Invictus Games, founded by Harry, that year.

In contrast, Harry was seen a week later chatting to former President Barack Obama where they spent most of the time “laughing, sharing jokes and enjoying the game” according to Royal Central. 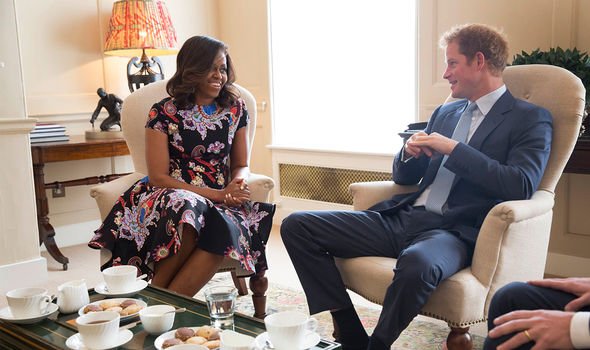 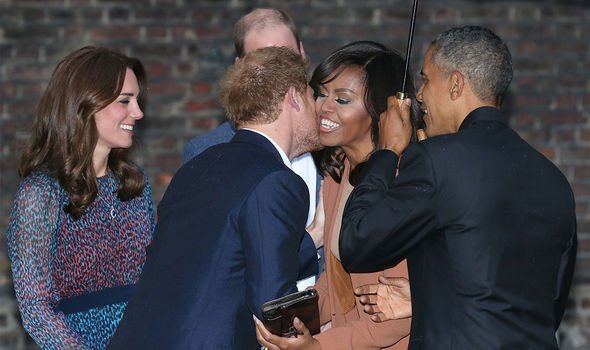 He is known to have a good rapport with Mr Obama, but his relationship with Mrs Obama is remarkably strong, too.

In 2015, he hosted the former First Lady and her two daughters for a cup of tea in his former Kensington Palace apartment.

Sources claimed he was “very pleased” to be spending time with them — like Mrs Obama, he believes in promoting education for adolescent girls across the world.

In 2017 Mrs Trump was carrying on a tradition starting by Michelle Obama, by taking part in promoting the games.

Mrs Obama even took part in video messages between the-then President, Harry and the Queen in 2016, joking around and showing the two nations shared a friendly competitive spirit. 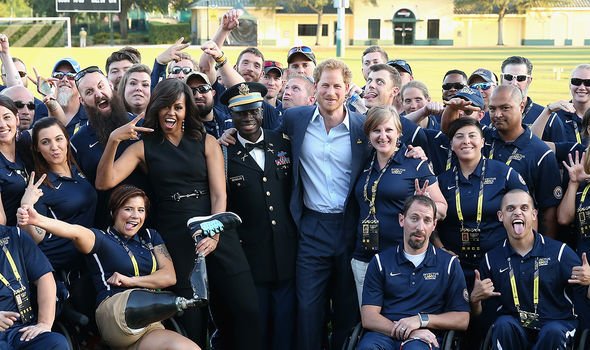 Yet, Town & Country noted in 2017: “No such videos were made this year, perhaps indicating that the Trumps don’t share the same congenial relationship with the royals as the Obamas did.”

In 2018, President Trump announced that a presidential delegation would be going to Australia to lead the US delegation rather than Mrs Trump.

The Invictus Games had been scheduled for this year but cancelled due to the pandemic.

While Meghan and Harry now live in the US, it is thought that their relationship with the Trumps will have deteriorated significantly after the President spoke out after the Duchess encouraged voters to hit the ballot box.

“I would say this — and she has probably heard that — I wish a lot of luck to Harry because he’s going to need it.”