Prince Harry drinks tea on a bus with James Corden

Meghan Markle and Harry have recorded a two-hour special with US TV legend Oprah set to be broadcast on Sunday in the US and Monday in the UK. The bombshell show will likely delve into their time in the Royal Family and why they left. However, a royal commentator has claimed Oprah will not be happy about Harry’s interview with the host of The Late, Late Show as the scoop on why he left the royals is no longer an exclusive for her.

Benjamin Butterworth, Late Editor at the i Paper, also criticised the couple for lamenting their own hardship when so many people are suffering greatly due to the coronavirus pandemic.

However, many people enjoyed Harry’s light-hearted hangout last week with his friend James Corden, who was a guest at his wedding to Meghan.

That said, one expert noted that he did make a bit of a faux pas at one point.

Harry and James visited the house from the Nineties sitcom Fresh Prince of Bel-Air, knocking on the door and joking with the woman who owns the house about buying it from her. 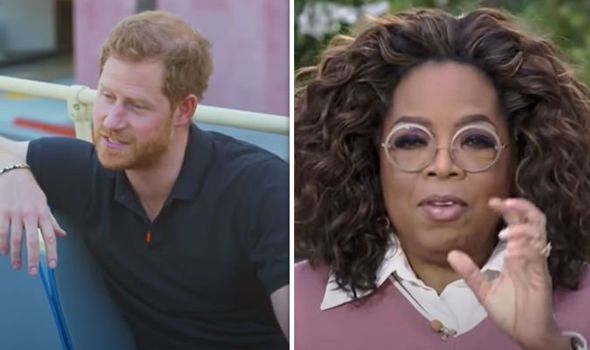 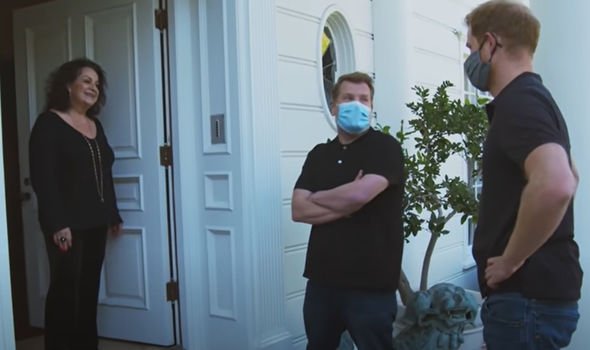 Then, Harry said he needed to use the toilet and asked if he could come inside to use it, assuring her that he had had a Covid test. 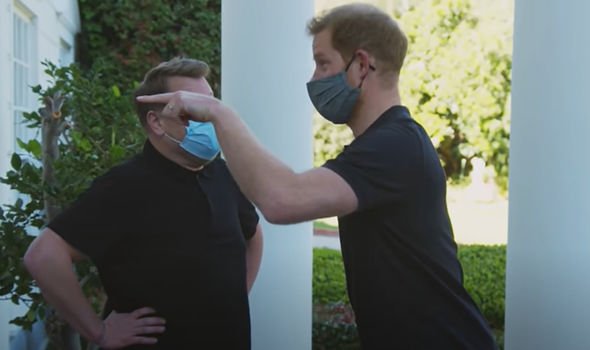 Ms Gripper noted that when Harry and James visited the house, he did not say “please”.

She said: “Imagine you’re the woman who owns that house and then Prince Harry is knocking on the door!

“He popped in to use the bathroom, I think, wasn’t it? 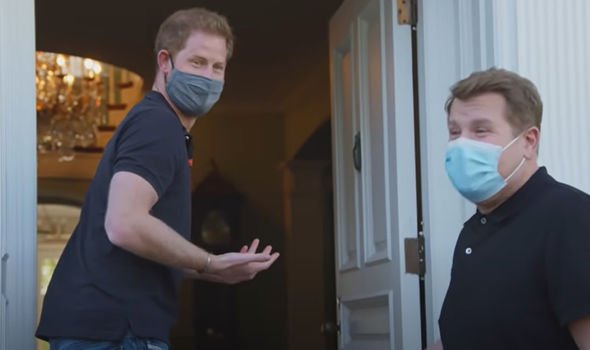 “So there we go, I thought that was quite interesting.”

She added that she enjoyed the fact Harry knew a lot of the words to the rap theme from Fresh Prince of Bel-Air, although she added she was disappointed he didn’t know more.

While Harry and James were at the house, the late night host joked around by taking Harry’s mobile phone and video calling Meghan.

He told Meghan there was “no doubt” in his mind they should live there, saying with a straight face that he would put them in touch with the owners.

Meghan laughed and said she thought they had done enough moving.

James joked that Harry was dragging his heels, but added: “He’s already used the bathroom! That’s how at home he feels!”

Meghan asked Harry how the tour of LA was going, calling him “Haz” leading James to say, “I didn’t know we were calling you Haz now!”

Ms Gripper read out several comments from viewers, one of whom said it was great to see Harry’s “lovely personality” and sense of humour coming out.

They said it was a “savvy” move to showcase this before going into the much heavier Oprah interview.

Another said it showed Harry’s “fun side”, and a third noted that Harry was “quick-witted and seemed at ease”.

They added: “Anyone who can hold their comedic own with James Corden should at least get a few points.”

Ms Gripper herself said it was “jolly” and “entertaining”, containing some nice tidbits like the fact the Queen gave Archie a waffle-maker and that Prince Charles turns off a video call by just shutting his laptop.

Royal revelation: How Charles as King could see Australia as republic