The GB News presenter claimed how, despite being pictured smiling with Prince William and other members of the royal family at the unveiling of a new statue to his late mother Princess Diana, it will be very hard for Prince Harry to ever reconcile with his family. Speaking to US channel Extra TV, Mr Wootton explained how the Duke of Sussex has pushed the “nuclear button” following countless comments made about his family adding how there is “no going back from that”.

Dan Wootton was asked if there will be any reconciliation after the unveiling of the statue.

He replied: “There is always hope.

“But what my Royal sources tell me is that after the Oprah Winfrey interview there is a feeling amongst senior Royals, especially those close to prince William…

“That Harry had pressed the nuclear button.” 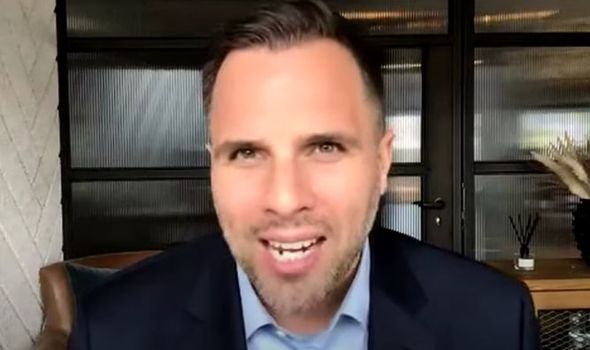 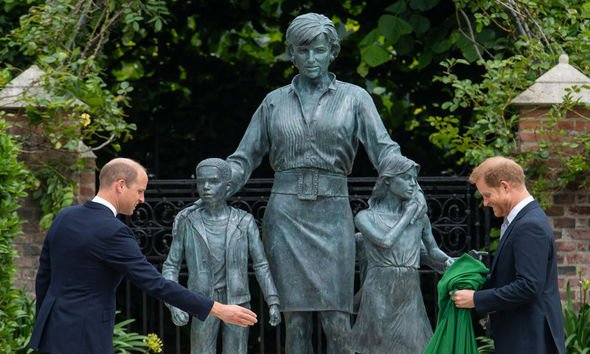 The GB News presenter went on to highlight how Harry has no other option but to stick with the consequences of his actions.

He stressed: “Once you had press that nuclear button there is no going back from that.

“And they accused the royal family of being uncaring towards a suicidal member. 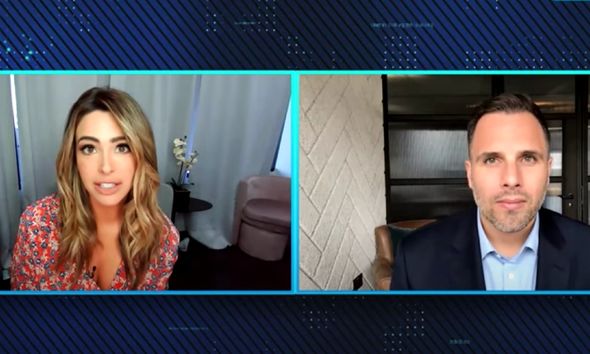 “Despite the fact that Prince William has been a mental health campaigner for all these years!”

Mr Wootton’s comments come as the brothers were reunited once again as they unveiled a statue to their late mother at Kensignton Palace on Thursday.

The unveiling of the statue was to mark the day Princess Diana would have turned 60.

The statue, made by British sculptor Ian Rank-Broadly, depicts the late Princess of Wales alongside three children 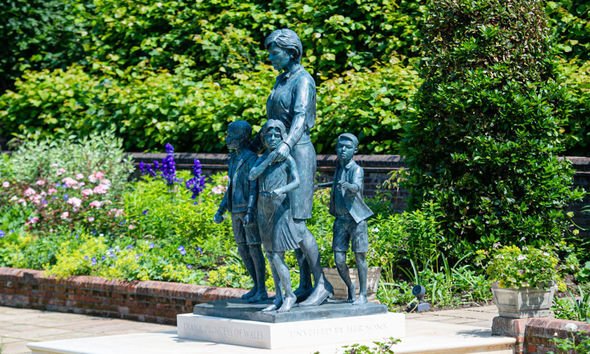 The Diana statue is a 1 ¼ times lifesize embodiment of the late Princess of Wales.

Due to coronavirus regulations, Prince Harry spent time quarantining at Frogmore Cottage before the event after he flew in from Los Angeles.

Sculptor Ian Rank-Broadley said at the unveiling: “Diana, Princess of Wales was an icon who touched the lives of people right around the world, so it has been a privilege to work alongside Prince William and Prince Harry on this statue which commemorates her life.

“We wanted to capture her warmth and humanity while showcasing the impact she had across generations.”