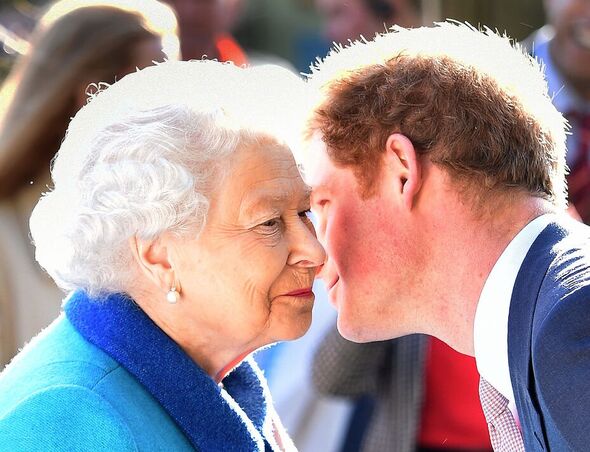 Prince Harry has revealed the final words he spoke to his grandmother the Queen at Balmoral hours after she passed away.

The Duke of Sussex did not make it in time to see the beloved monarch alive but writes in his new autobiography Spare about the moving moment he whispered his goodbyes.

The poignant account from Elizabeth II’s grandson appears in his bombshell book that was released in Spain ahead of its publication in the UK next week.

Prince Harry, along with other royals, raced to the Queen’s much-loved Scottish estate on September 8 last year when news broke that the 96-year-old’s health was failing.

The 38-year-old said he learned Britain’s longest-reigning monarch had died after reading the BBC News website.

On seeing his grandmother’s body, Harry wrote he whispered how he hoped “she would be happy” and be together again with Prince Philip.

The passage reads: “I advanced with uncertainty and saw her. I stayed still, watching her carefully for a good while.

“I whispered that I hoped she was happy and that she was with Grandfather now. I said that I admired her for having carried out her duties until the end. The Jubilee, the welcoming of the new Prime Minister.”

Prince Harry was greeted at Balmoral by his aunt, Anne, the Princess Royal, and said he viewed the Queen’s body upstairs where the Sovereign’s body lay.

He has spoken before about his fondness and admiration for his grandmother and the pair enjoyed what seems to have been a playful relationship.

In 2016, the same year Harry reportedly met Meghan, the Queen made a hilarious appearance in a promotional video for the Invictus Games alongside Prince Harry.

The monarch and her grandson playfully exchanged words with Barack and Michelle Obama over the rivalry between British and American troops taking part in the sporting event.

Now Prince Harry is living in the United States and has since stepped down from life as a working royal.

The revelations about his final moments with the Queen are just a snippet from some very personal accounts of his relationship with other members of the Royal Family.

In his new ghost-written autobiography Prince Harry has also made accusations his brother Prince William assaulted him, and claimed William and his sister-in-law Kate urged him to wear Nazi uniform to a party in 2005.

The Queen Consort Camilla is described as a “wicked stepmother” and King Charles III comes under fire as an “old man”.

Buckingham Palace and Kensington Palace have so far declined to comment on the literary lashing the royals have received.

Spare is available to buy from all bookshops and audiobook providers from January 10th.