The Duke of Sussex knows the Democratic presidential nominee due to his involvement with the Invictus Games. These Games were founded by Harry and are a paralympic-style event in which sick and injured military personnel and veterans compete in nine adaptive sports such as wheelchair basketball and sitting volleyball. Mr and Dr Biden have been a part of the event since its very first one in 2014.

At first, Jill attended on her own and Mr Biden joked with a British journalist that he was “worried” about how his wife was seen “on [Harry’s] arm”.

He said: “My wife was with Prince Harry at the Invictus Games.

“And I read in The Guardian, or one of them, and it says ‒ I’m paraphrasing ‒ everywhere Prince Harry went, he had this blonde woman on his arm ‒ the Vice President’s wife!

“I’m a little worried here, you know what I mean?” 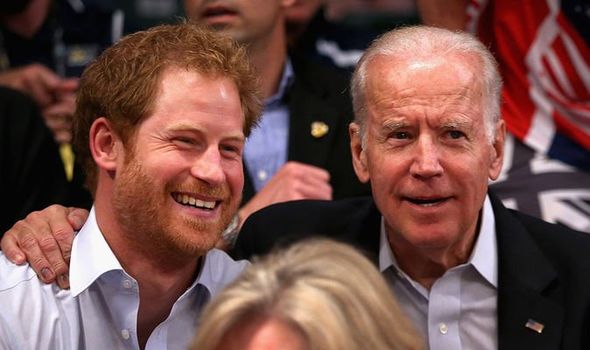 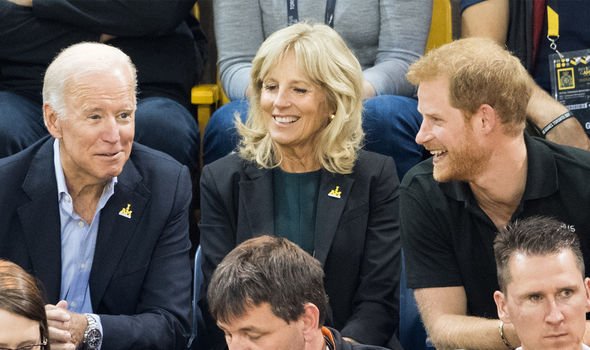 The reporter quipped: “I don’t think you need to be worried.”

After that year, both the Bidens and Obamas continued to have a close connection to the Invictus Games.

Mr and Dr Biden both attended the Invictus Games 2016 and were pictured watching the wheelchair rugby with Harry. 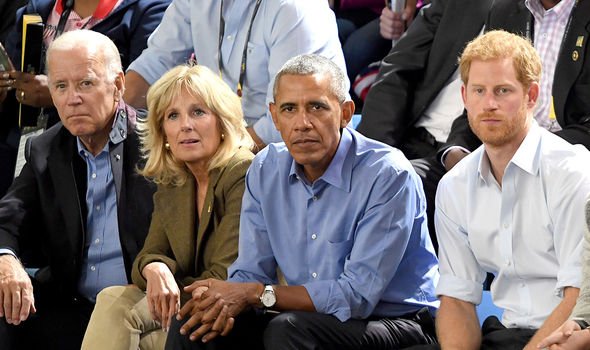 Mr Biden was welcomed with thunderous cheers and joked with the audience: “Jill went to London for the last Games and she spent too much damn time with Prince Harry.”

The couple also paid tribute to their son, Beau, who was an Iraq War veteran who died in May 2015 with brain cancer.

Mr Biden said: “We’re a military family. Our son Beau was a major. He used to have a saying and he lived it.

“He’d say, ‘Never complain and never explain’ and he lived it.” 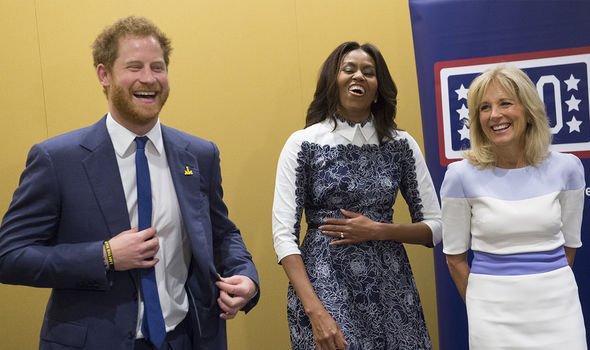 Intriguingly, this is the motto that some of the older royals, particularly the Queen Mother, lived by.

Mr and Dr Biden also went to the Invictus Games in 2017 in Toronto.

They joined Harry to watch the wheelchair basketball finals, smiling and cheering in the stands.

This was the Games where Meghan Markle, Harry’s now-wife, made her first appearance with him.

During this year’s election campaign, Harry and his American wife Meghan have been encouraging Americans to vote.

While they have not explicitly announced their allegiance to Mr Biden’s campaign, it is widely believed this is where their loyalties lie.

This is not only due to Harry’s friendship with the Bidens, but also because Meghan previously branded Mr Trump “divisive” and “misogynistic”. 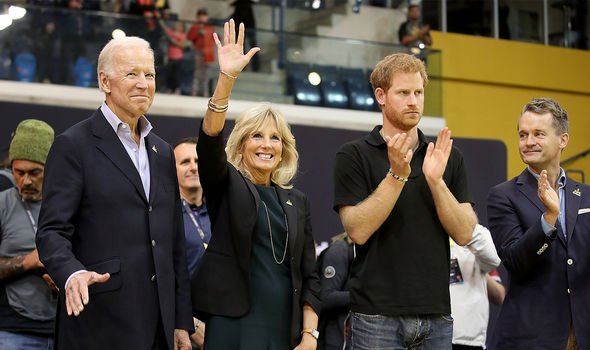 What’s more, the couple espouses values that seem to line up better with the Democrats than the Republicans.

However, it has caused some to criticise them, arguing as members of the Royal Family they should stay out of politics.

That said, the Duke and Duchess of Sussex stepped down as senior royals at the end of March and so are arguably not bound to the same conventions as before.