Home » Europe » Prince Harry’s heartbreaking take on royal funeral misery: ‘No child should do that’

The Duke of Sussex has just returned to the US after approximately 10 days in the UK. He spent five days in self-isolation before joining the funeral procession for his grandfather Prince Philip in Windsor. There was great speculation about what the former working royal would wear to the sombre occasion, as the terms of his royal exit last year prohibit him from wearing his military uniform at public events.

The Queen then put her foot down and said no royals should wear military dress for the funeral, even though it had been expected for all members of the Firm who were once part of the Armed Forces.

Further furore erupted when it was revealed Harry would not be walking next to his brother, Prince William, during the silent eight-minute procession behind Philip’s coffin around Windsor Castle.

Instead, their cousin Peter Phillips walked between them, which was perceived as an indication of just how deep the rift between the brothers had become.

However, this is not the first time Harry and William have been separated while walking behind the coffin of a beloved relative in public.

When Harry was 12 and William was 15, their mother Princess Diana tragically died in a car crash in Paris. 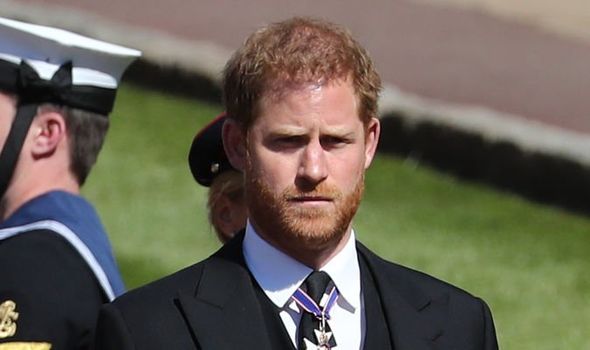 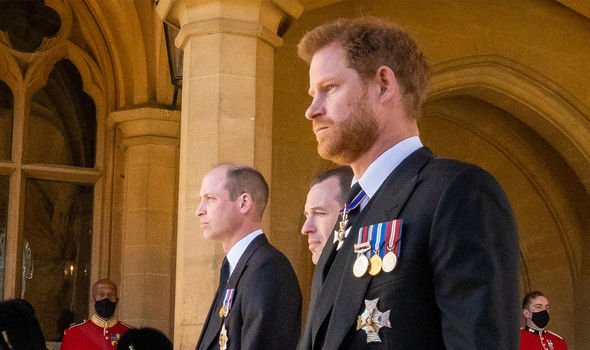 After spending a few days in the Queen’s Scottish estate, Balmoral, to cope with their grief, the boys returned to London and encountered an overwhelming outpouring of sorrow from the public.

After being encouraged by the Duke of Edinburgh, both of Diana’s young sons agreed to walk behind her coffin on its way to Westminster Abbey with their uncle Earl Spencer walking between them.

However, Harry does not remember this moment fondly.

He told royal biographer Angela Levin for Newsweek: “My mother had just died, and I had to walk a long way behind her coffin, surrounded by thousands of people watching me while millions more did on television.”

Ms Levin recalled that “his face harden[ed]” as he discussed the tragic occasion.

He added: “I don’t think any child should be asked to do that, under any circumstances. 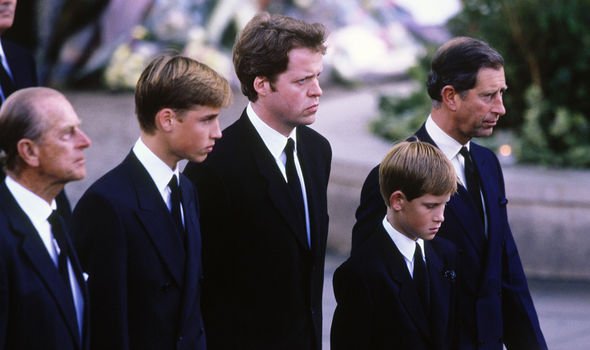 “I don’t think it would happen today.”

When discussing this event with the Duke of Sussex in 2017, Ms Levin said it was clear Harry wanted to say something “he had long wanted to get off his chest” when he slammed the decision to make him walk behind his mother.

He added: “No child should lose their mother at such a young age and then have his grief observed by thousands of people.”

In her book ‘Harry: Conversations with the Prince’, Ms Levin also said there had been furious rows behind Palace walls over what kind of funeral Diana could have — and who would walk behind her coffin.

Earl Spencer allegedly wanted to do so on his own, while Charles wanted to be there with his two sons “as a mark of respect”.

A senior Palace courtier, Sir Malcolm Ross, even said it was Philip who persuaded the two boys to take part in the procession by telling them: “I’ll walk if you walk.” 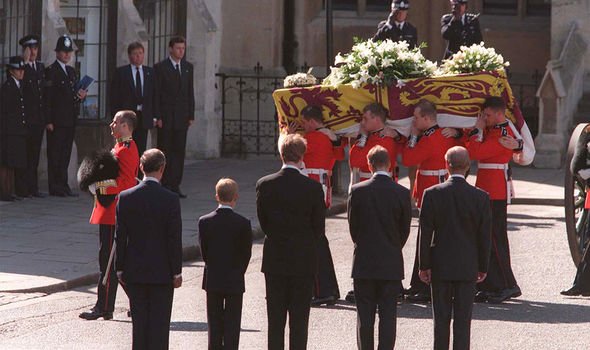 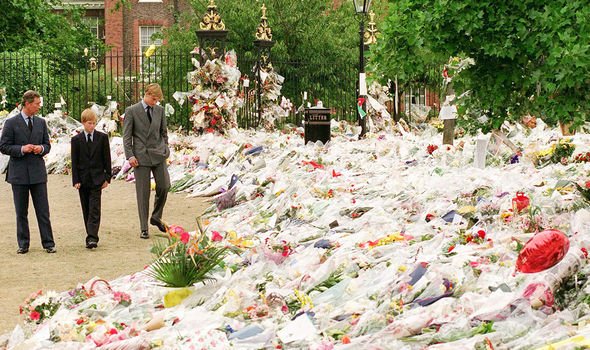 Harry’s head was bowed and his fists clenched as he walked behind Diana’s coffin, but neither he nor William cried during that painful part of the ceremony.

Diana’s sons were not filmed when they were inside the Abbey, but Charles “held Harry close” while William “put a comforting hand on his shoulder”.

Harry later told Ms Levin that it took a great deal of willpower not to cry.

He explained: “I refused to let myself down. Elton John’s song [‘Candle in the Wind’] was incredibly emotional, and nearly brought me to the point of crying in public, which I am glad I didn’t do.”

Over the following days, the two boys spent hours with Charles looking at the 300,000 letters of condolence that arrived at Kensington Palace.

Harry has repeatedly spoken out about his grief at losing his mother when he was just a child.

He told ITV’s Tom Bradby that, more than 20 years on, her death still feels like a “festering wound”. 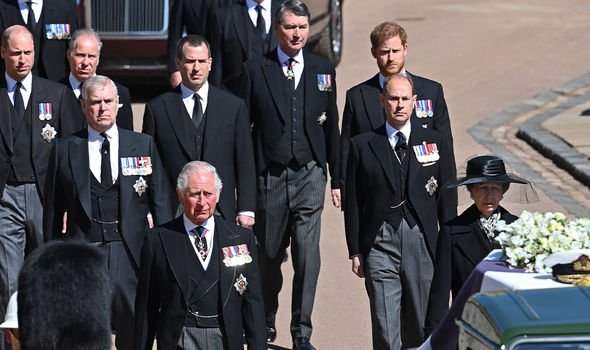 Harry is expected to return to the UK this summer for the unveiling of a Princess Diana memorial statue on what would have been the royal’s 60th birthday, in Kensington Palace.

The Duke of Sussex also commented on his grandfather’s death recently.

In a public statement, he said: “You will be sorely missed, but always remembered — by the nation and the world.

“Meghan, Archie and I (as well as your future great-granddaughter) will always hold a special place for you in our hearts.”

Budget 2021: How many budgets are there a year? When is the next one?