Harry, 36, and William, 39, were in awe of the bronze sculpture in Kensington Palace’s Sunken Gardens. According to a professional lip reader the Duke of Sussex was taken aback with the statue, calling it “spectacular”.

Specialist Jeremy Freeman has said that Prince Harry stepped back, looked at the statue of his mother and said: “Wow! Isn’t that amazing.”

William responded with: “What a reveal. Okay. Okay.”

Landscape gardeners have turned the space into a “calmer and more reflective setting” for the instalment of the statue.

The garden is now filled with 4,000 flowers which include the Princess of Wales’ favourite – forget-me-nots. 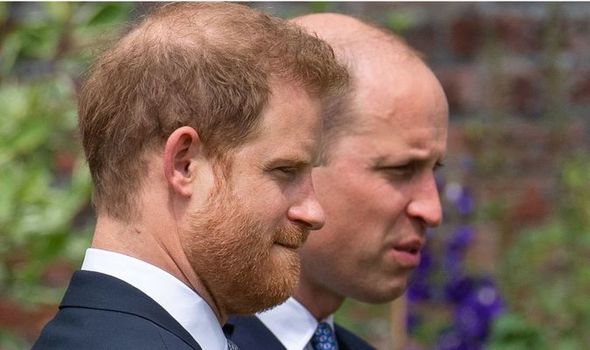 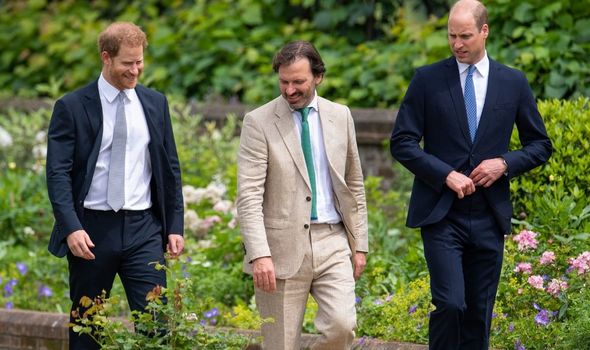 Upon seeing the transformation of his mother’s statue, Prince Harry smiled and said: “This is spectacular.”

The Sunken Gardens in Kensington Palace was much-loved by Princess Diana and the Dukes.

Kensington Palace revealed that the redesign of the area includes the instalment of 200 roses, 500 lavender plants, 100 dahlias, 50 sweet peas, 300 tulips and 100 forget-me-nots – the Princess’ favourite.

The transformation began in 2019 and gardeners spent a whopping 1,000 hours on the replanting. 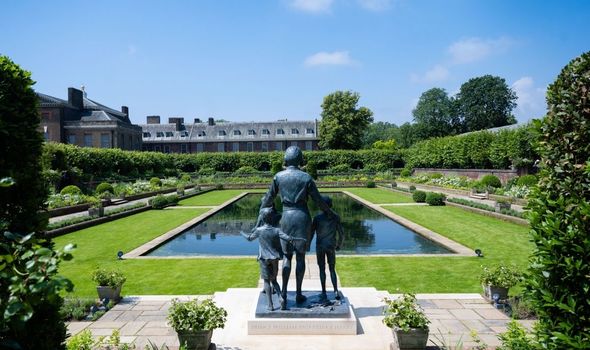 Garden designer Pip Morrison was among the 14 guests at the private unveiling ceremony.

He described the redesign as a “very special project”.

Due to Covid restrictions, the guest list was limited – Kate, Duchess of Cambridge and Meghan Markle did not attend the ceremony.

The sculpture was created by Ian Rank-Broadley who attended the private event on Thursday.

The Dukes commissioned the statue in 2017 and worked collaboratively on the design.

Prince Harry and Prince William made a joint statement about the statue honouring their mother: “Today, on what would have been our mother’s 60th birthday, we remember her love, strength and character – qualities that made her a force for good around the world, changing countless lives for the better.

“Every day, we wish she were still with us, and our hope is that this statue will be seen forever as a symbol of her life and her legacy.”
Source: Read Full Article