A year ago today was the last day the Duke and Duchess of Sussex were full time working members of the Royal Family, before starting their new life in the US. After announcing their decision in January last year, while they were in Canada, they returned to the UK to complete their final engagements. To kick off a busy fortnight of events and visits, Harry shared a new video on Instagram which revealed his messages to rock legend Jon Bon Jovi.

During their exchange, Harry made a very cheesy joke about how he was “livin’ on a prayer”.

He posted the screengrabs on Instagram to promote his charity work as he shared details of his and Meghan’s final engagements.

The royal was due to meet the musician to re-record his song Unbroken with the Invictus Games Choir to raise money for the event.

In their jokey conversation, Jon said he does not have his band with him in London but has “some backup” that he “thinks will work”. 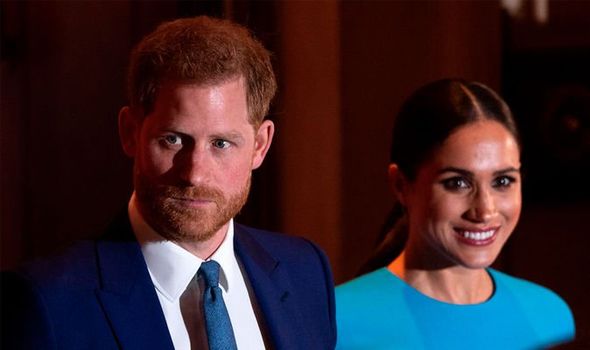 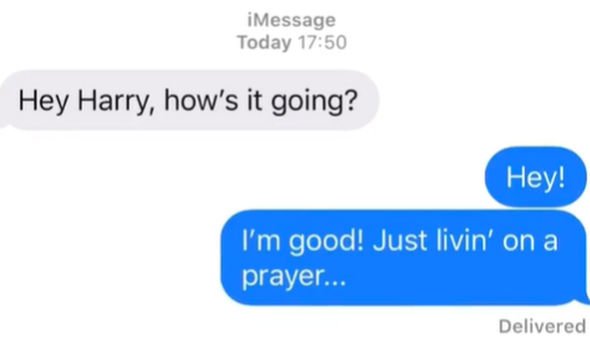 Jon shot back: “I’m in London on 28th of February and have an idea… #Invictus.” 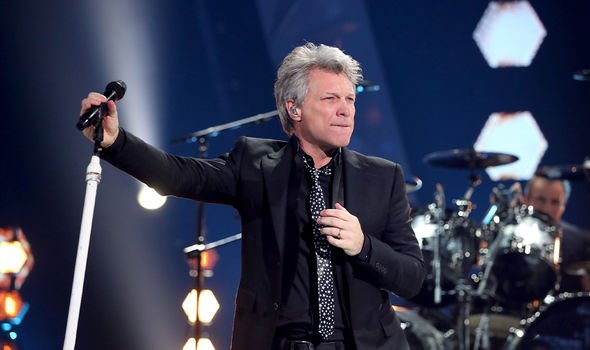 Jon said: “Just me for now, but don’t worry – I’ve got some backup that I think will work.”

Harry concluded: “Ha! Don’t expect me to sing… But I’ll give it a shot.”

The Duke managed to sneak in at least two references to Bon Jovi’s most iconic anthem, Livin’ on a Prayer.

The texts teased the pair’s collaboration on the re-recording of Unbroken, the proceeds of which went towards the 2020 Invictus Games, which sadly had to be rescheduled due to coronavirus. 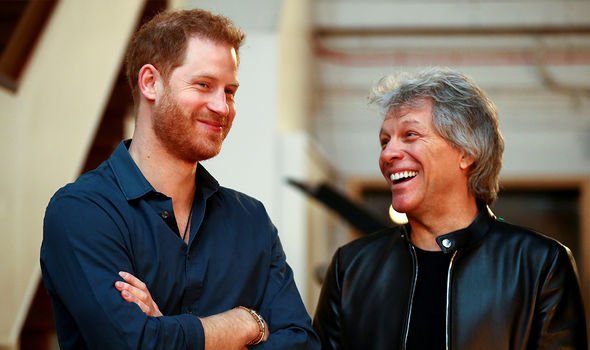 A few days after this post, Harry joined Lewis Hamilton at the official opening of the Silverstone Experience, a new immersive museum that tells the story of the past, present and future of British motor racing.

He then joined Meghan to attend the annual performance at the Royal Albert Hall by the Massed Bands of Her Majesty’s Royal Marines, which raised money for The Royal Marines Charity and CLIC Sargent.

Their final engagement was attending the Commonwealth Day service on March 9.

They officially stepped down on March 31, starting their new life on April 1, which some fans noticed was April Fool’s Day.

Meghan and Harry 'may always have divide with royals' says expert

One Twitter user wrote: “Harry and Meghan’s first day being done with royal duties is April Fool’s Day. I’ll leave that right there for you.”

The couple have since moved to the US, bought a mansion in Montecito, launched their Archewell Foundation and signed deals with Netflix and Spotify.

They have also announced they are having another baby ‒ a girl ‒ and she is due in the summertime.

Since stepping down as senior royals, they have become increasingly outspoken about their time in The Firm, culminating in a bombshell two-hour interview special with Oprah Winfrey earlier this month.

The interview divided opinion in the UK, with some feeling for the Sussexes after they spoke of mental health difficulties and accused the family of racism, while others felt the interview was misleading and that the Royal Family had been unfairly attacked, given that they are not able to respond.

The 12-month review has come and gone, with the Sussexes deciding not to return to the fold and will henceforth be stripped of their royal patronages and military appointments.