Kate blows a kiss to Prince Louis during Jubilee Pageant

The iconic music festival was back on the weekend following a break due to the coronavirus pandemic and along with it were the festival goers who can be relied on to bring stand out flags.

One of which featured the iconic photograph of Prince Louis from the Platinum Jubilee covering his ears and screaming on the balcony of Buckingham Palace.

Amongst the 200,000 people who attended, there was also another royal who was ‘spotted’ in the crowds – Her Majesty the Queen.

During Robert Plant’s performance at the festival, viewers joked that they saw the Queen in a “disguise” due to a festival attendee who uncannily resembled the Queen.

The viewer who spotted the resemblance posted a screenshot on Twitter and wrote: “The Queen has turned up at Glastonbury to watch Robert Plant.

“That disguise is fooling nobody.” 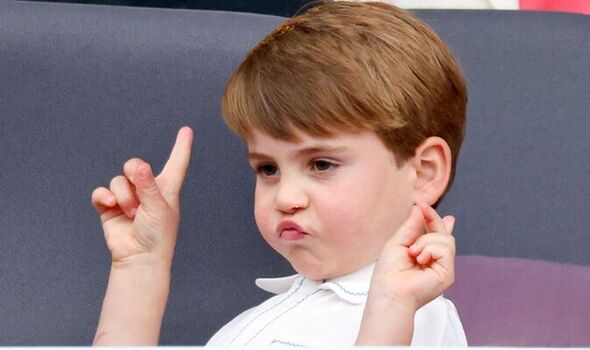 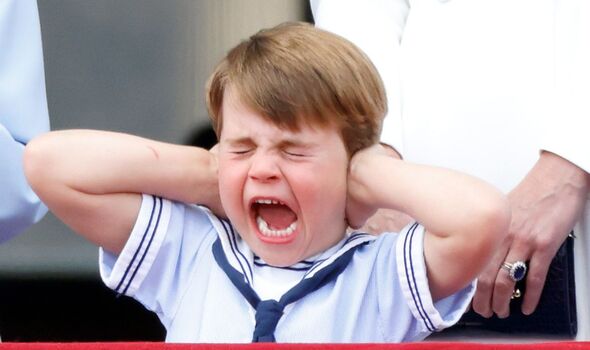 Other fans commented on the viral post saying it was in fact the Queen’s daughter Princess Anne.

The picture of Prince Louis, 4, was printed onto a large flag and was first noticed on Saturday during a performance by Skunk Anansie.

Television presenter Laura Whitmore posted a photo of the flag on her Instagram account with the caption “Best flag at Glasto”. 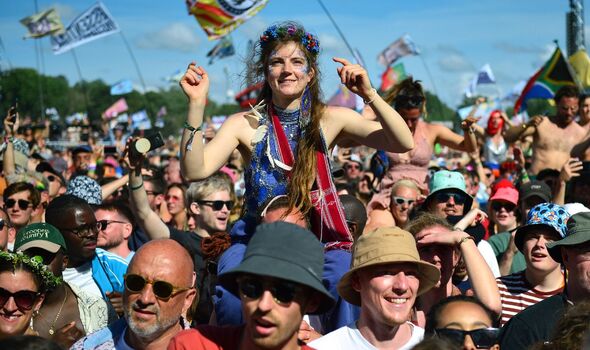 The image of the young Prince, which is very quickly becoming a meme, was also used by television viewers and attendees at the concert to insult performances at the festival.

Twitter user and festivalgoer @JezzaBelle tweeted a picture of the flag with the caption: “Dear God. Watching Sir Paul McCartney live at Glastonbury and, not wanting to sound ungrateful or anything, but having to get out.

“Flag of Prince Louis sums his set up.”

While Louis, Princess Anne, and the Queen did not attend the festival, there were some royal visitors.

Princess Beatrice and her husband Edoardo Mapelli Mozzi were seen at the festival in relaxed weekend attire.

The Princess was wearing a khaki shirt dress paired with a denim jacket she tied around her waist while her husband wore a dark jacket, jeans, and a white T-shirt.