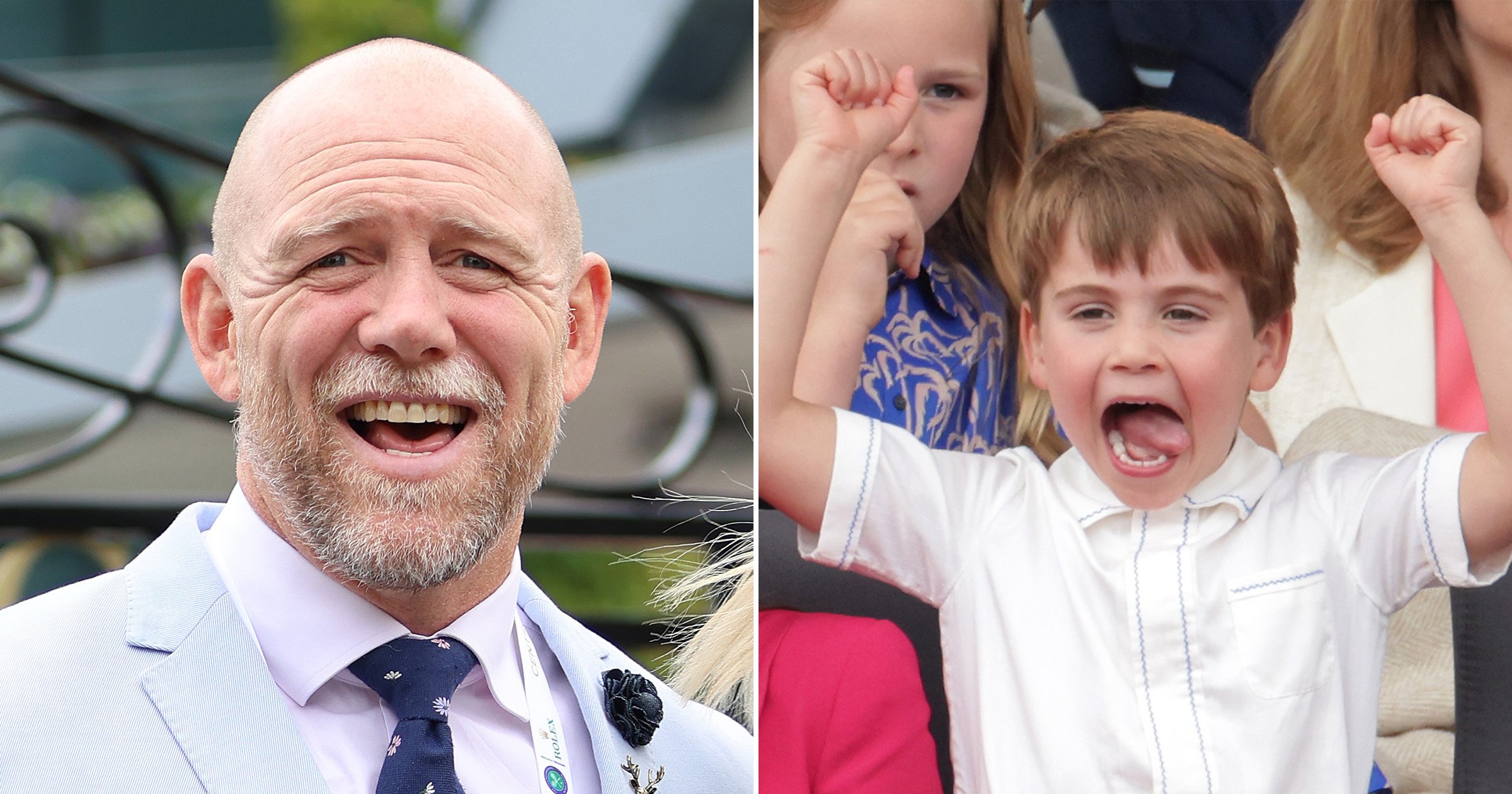 Prince Louis was on a sugar high as he fidgeted around and pulled faces at his mum during the Jubilee Pageant, Mike Tindall has said.

The four-year-old heir to the throne was seen throwing his cushion around and standing on his seat during the final day of Platinum Jubilee celebrations on Sunday.

Sat directly behind him in the royal box at Buckingham Palace was former England Rugby star Mike Tindall, who gave the prince a cheeky ‘warning’ over his antics.

The Queen’s grandson-in-law made a playful gesture suggesting he had eyes on him, which made Louis’ mum Kate Middleton crack a smile.

Since then the sportsman has opened up about his time at the celebrations and said Louis just wanted to ‘have fun’.

On his The Good, The Bad and The Rugby podcast, Tindall, 43, said he sympathised with the young prince, who’d been out for a long time.

The pageant followed three days of celebrations in honour of the Queen’s 70 year reign – so you could imagine a child of that age might be a bit restless by the Sunday.

The dad-of-three added that the sweets shared by children during the show may also have had something to do with the prince’s excitability.

‘There were a lot of sweets out back though, so there was a real sugar high,’ he added.

Tindall attended the show with his wife Zara Tindall, their one-year-old son Lucas and their two eldest daughters Mia, eight and Lena, three.

He said Louis was ‘just wanting to have fun’ and that his two youngest children are ‘always mischievous’, so ‘trying to keep a lid on’ is always a challenge.

Tindall said staying quiet and still during the show, which ran throughout the afternoon, had been ‘tough’ for children in the royal box.

‘They’re all young… it’s a long time. But as any parents knows you just do whatever needs to be done,’ he added.

Louis also stole the show at Thursday’s Trooping the Colour as he pulled off an impressive array of funny faces from the balcony of Buckingham Palace.

Kate’s calm parenting was praised by Jo Frost – better known as ‘Supernanny’ – who said the Duchess of Cambridge has ‘never been afraid to tell the kids to stop in public’.

The childcare expert added: ‘Unlike other children the royals are expected by the world to behave a certain way but at the end of the day they are children, royalty or not.

‘The whole fanfare will become a little too much when you’re young – it was a long day, little moments like this are going to happen, especially if you are strong willed, sensitive and actually I would go as far as to say a highly sensitive child in my professional opinion.’

Royal BOMBSHELL: ‘The actual cost of the monarchy on the British taxpayer’ REVEALED

Princess Beatrice boyfriend: Is Edo with Beatrice at Sandringham this Christmas?