Buckingham Palace is asking people not to break COVID-19 restrictions when paying tribute to Prince Philip, the Duke of Edinburgh.

People have started laying flowers outside the palace, but Sky News understands that the Royal Family does not wish for coronavirus restrictions to be broken.

Live updates as world reacts to death of Prince Philip 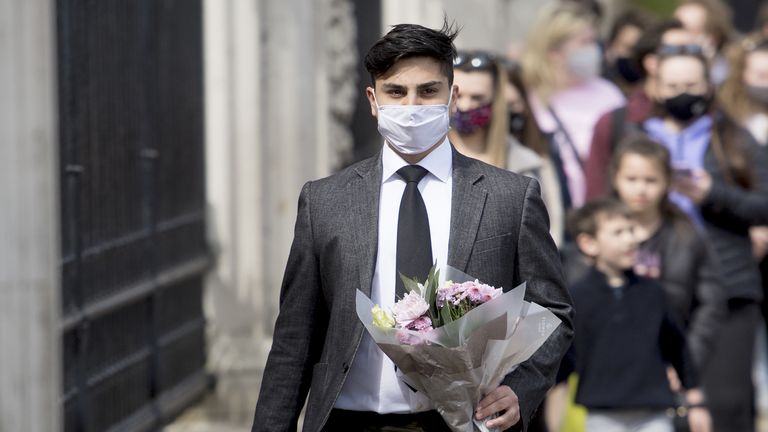 To discourage people from travelling to Buckingham Palace, the announcement sign placed on the gates outside has been taken down.

The duke died aged 99 earlier today (9 April), Buckingham Palace said, with a printed statement posted on the front gates as per tradition.

There is no official confirmation yet on how the country will mourn his death, but an announcement from the palace and Downing Street is expected. 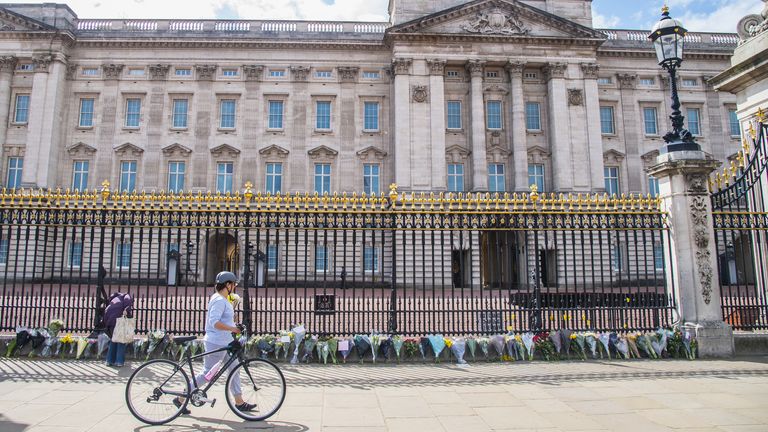 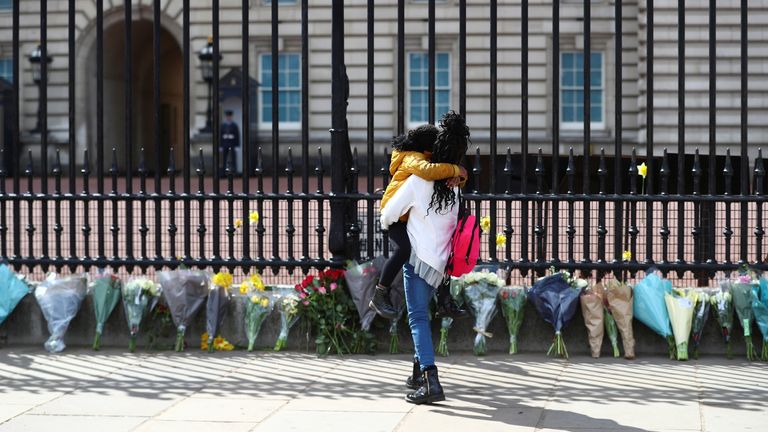 Sky News understands a cabinet meeting will be held a 5pm to discuss plans for tributes and the funeral.

There will not be a state funeral for Philip, in accordance with his wishes. Such an event would have attracted thousands of people, requiring a mass police presence because of lockdown rules. 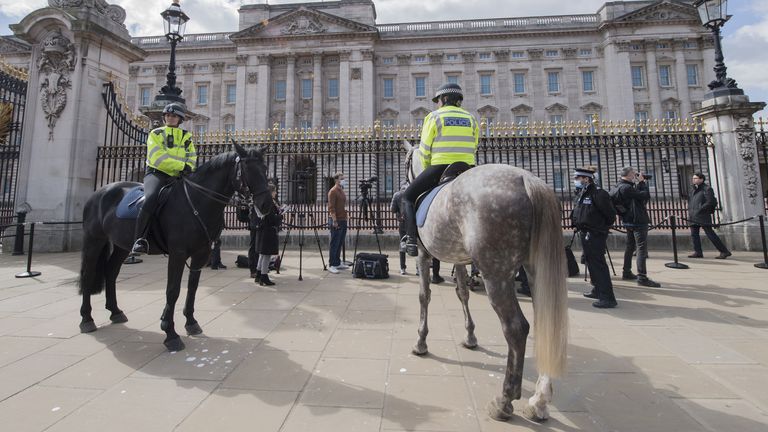 Philip’s royal funeral and burial is expected to take place at St George’s Chapel at Windsor Castle, where he and the Queen were staying during the COVID-19 pandemic, away from their family.

It is expected that eight days of official mourning will be observed.