The Duke of Edinburgh was a constant by the Queen’s side and for decades an integral and much-loved member of the Royal Family.

But from his career in the Navy to his charity work and efforts to modernise the monarchy, he has left behind his own, very personal legacy.

Prince Philip of Greece and Denmark was born on the island of Corfu in 1921, but had a difficult childhood. He was only 18 months old when his family were forced to flee their home, after a military coup meant it was no longer safe to stay in Greece.

The family were effectively homeless but eventually settled in Paris, where they rented a house from a relative. But when Philip was eight years old his mother was diagnosed with paranoid schizophrenia.

Historian Robert Lacey told Sky News: “His mother was then tragically confined to what was called in those days an ‘asylum for the mentally disturbed’.

“It was even more tragic because Philip was not told what had happened to his mother, she just vanished from his life.” 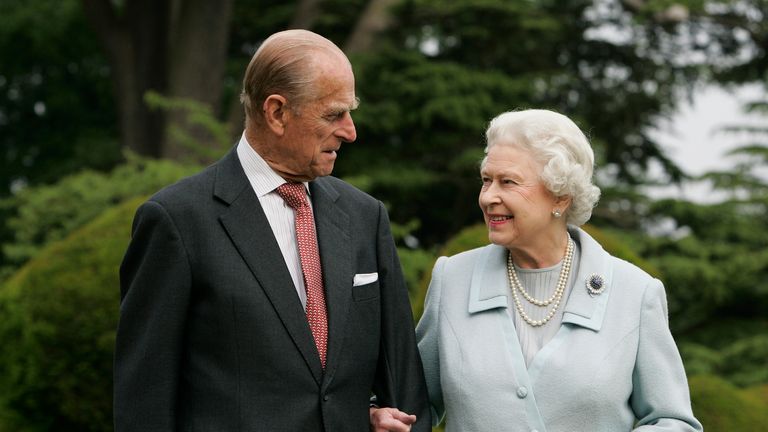 With his parents separated, he moved around boarding schools in Britain, eventually settling at Gordonstoun in Scotland.

Many argued it was his school days that would shape Philip into the man he became, with its emphasis on the great outdoors and team work.

While his military career is at times forgotten or overlooked, it was eventful.

When the Second World War broke out Philip was first sent to the Indian Ocean and then to the Mediterranean where he served on HMS Valiant. 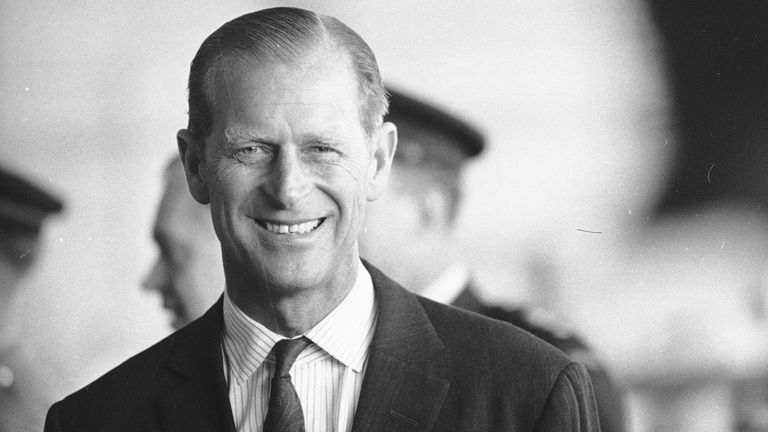 He was mentioned in dispatches for operating the ship’s searchlight during the Battle of Cape Matapan against the Italians.

In 1942 he was promoted to lieutenant aged just 21. He was stationed on a ship in the Bay of Tokyo on the day the Japanese surrendered.

His marriage would really place him at the centre of national life. It was before the war started, while he was training with the Navy, that he would meet his future wife.

During a Royal visit he was asked to escort King George VI and his wife and two daughters, including Princess Elizabeth.

The couple stayed in touch during the war by writing letters. While Philip in later years was seen as a loyal and supportive husband, early on some were uncertain about their relationship and didn’t believe he was the best match for the princess.

In 1947 they got engaged and married in the November, cheered on by huge crowds as the nation celebrated.

When his wife became Queen following the death of her father, Prince Philip’s life would change forever. He was expected to give up his naval career, and as a male consort it was unclear exactly what his role should be.

But he shaped his own path, becoming a keen advocate for British business and promoting UK industry around the world. He was also committed to environmental issues. Incredibly, over the decades he supported 800 different charities, but many would argue his Duke of Edinburgh’s award scheme was one of his greatest achievements.

Peter Westgarth, the head of the scheme, said: “Three hundred thousand young people are doing this award at any one time and what they’re getting is this life-changing experience. 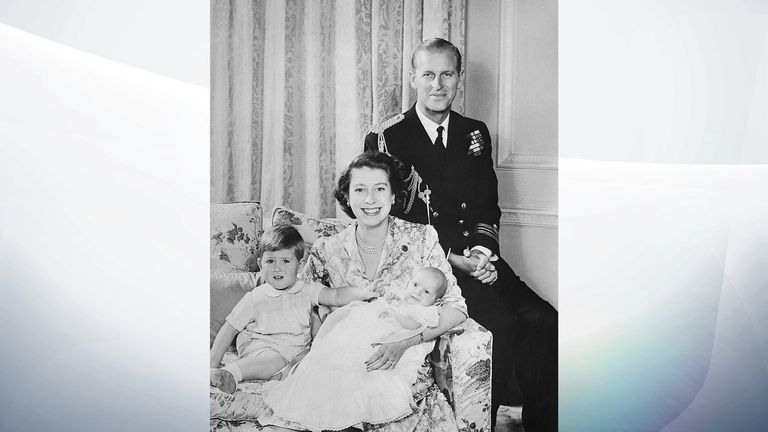 The Queen may have been head of state but it was widely acknowledged that Prince Philip was head of the family.

His children and grandchildren described him as a man everyone felt they could turn to.

His daughter Princess Anne said: “Lots of members of the family would always find him a good sounding board. But it was always done very quietly and he would never talk to anyone else about his conversations.”

He was also a constant figure of support for his wife. It was Philip who was partly credited with helping to modernise the monarchy and make the family more accessible, for example encouraging his wife to conduct walkabouts on visits both in the UK and abroad. The 1990s were difficult times for the couple as they saw their children getting divorced and had to deal with the backlash after the death of Princess Diana.

They were widely criticised for staying in Scotland with their grandsons William and Harry, and not returning to London. When a woman in the crowd said, “Look after the boys ma’am”, Prince Philip appeared to snap back: “That’s what we have been doing”.

It has been said that Prince William was reluctant to walk behind his mother’s coffin, but it was the Duke of Edinburgh who encouraged him to do so, saying he would walk alongside him. 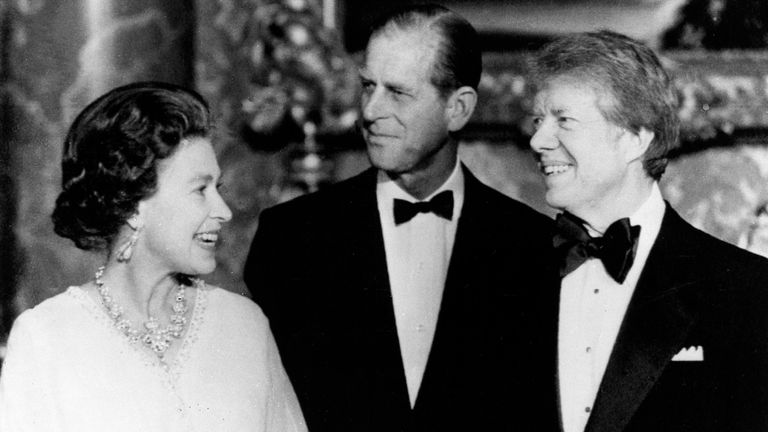 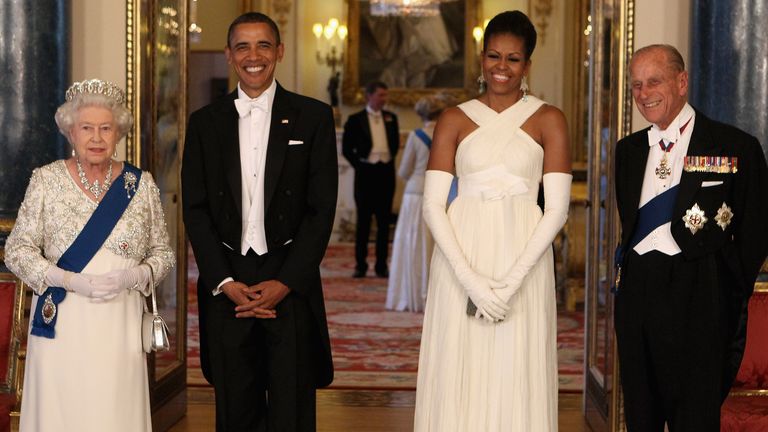 He did not always have the best relationship with the press, not helped by his infamous public gaffes.

In July 2015 he swore at a photographer at a Battle of Britain event – just one of several moments that made the headlines.

His former private secretary, Miles Hunt-Davis, recalled another occasion: “We went to a very high-tech electronics factory in Edinburgh.

“There above the door in the passage where we were walking was this fuse box which literally had wires hanging out of it. He looked up at it and said, ‘It must have been put in by an Indian’ and walked on. Now that was obviously a joke.” Those who knew him best will forever remember him for his sense of fun. He was said to have a great sense of humour and at garden parties was often seen making crowds of people laugh.

And who could forget Prince Philip bobbing along to the music during the Diamond Jubilee river pageant. The day after he was in hospital being treated for a bladder infection.

His friend Martin Palmer said the duke was reluctant to admit he was slowing down.

“I think it hit him quite hard that he was actually getting older. But he always joked about dying. 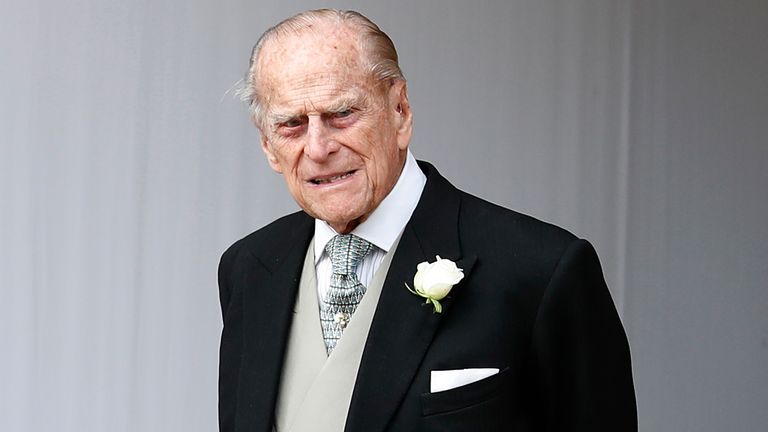 Prince Philip was the world’s longest-serving consort and for decades an ever present figure at the centre of national life.

He was a man who served his country, was dedicated to his family and his Queen.

His wife, during their Golden Wedding anniversary speech, paid her own tribute to him at the London Guildhall in 1997.

“He is someone who doesn’t take easily to compliments, but he has, quite simply, been my strength and stay over all these years, and I owe him a greater debt than he would ever claim, or we shall ever know,” she said.

Fears for missing boy, 10, as his bike is discovered