Several photos detailed the fall, which saw the member of The Rifles appear to stumble over outside St George’s Chapel, Windsor. The unnamed soldier looked stunned as he fell to the ground. A nearby soldier attempted to catch him as he plunged to the floor. 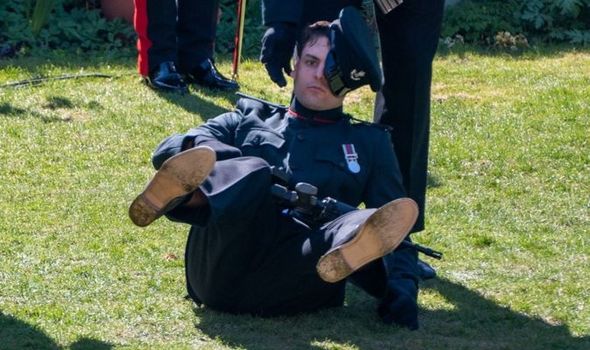 Another member of The Rifles also appears to have been caught up in the commotion, as he is shown to be unsteady on his feet, being held by another soldier.

The soldier is believed to have fallen over during the funeral procession for the Duke of Edinburgh, which was held in the grounds of Windsor Castle this afternoon.

Covid restrictions meant the funeral had to be dramatically scaled-down, with mourners cut from around 800 to just 30.

All guests, which included senior members of the Royal Family, had to wear face masks and sit apart during the ceremony – which took place in St George’s Chapel. 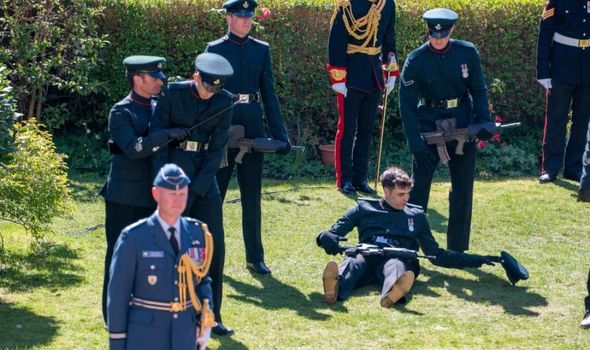 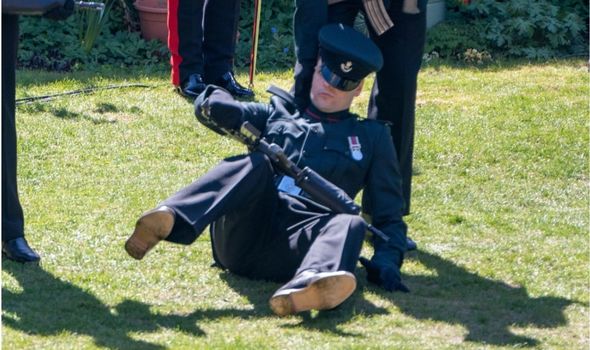 Prince Philip’s coffin was led from the grounds of Windsor Castle, down to the Chapel.

The late royal’s coffin was carried on a custom-built Land Rover Defender hearse designed by the duke and modified over 16 years.

Members of the Royal Family stood behind the coffin as it travelled the short distance, led by Prince Charles and Princess Anne.