Prince Philip, 97, has been the faithful companion of the Queen, 93, throughout her long reign as the head of the British Royal Family. But the Duke of Edinburgh was not with his wife on Monday when she greeted US President Donald Trump and his wife Melania for a private lunch at Buckingham Palace for the start of their three-day state visit. Philip retired from royal duties in August 2017 after decades of attending royal functions. He does still attend some events and many people will be hoping to get a glimpse of him at the 75th-anniversary commemorations of the Normandy landings.

Sadly, they will have been disappointed as the Queen arrived in Portsmouth for the ceremony alone but looking vibrant in pink.

She stood next to President Trump and Melania as proceedings began but Prince Philip was nowhere to be seen.

It is likely he is probably at home as he does not officially need to be there today.

Home for Philp is his cottage on the royal estate of Sandringham in Norfolk. 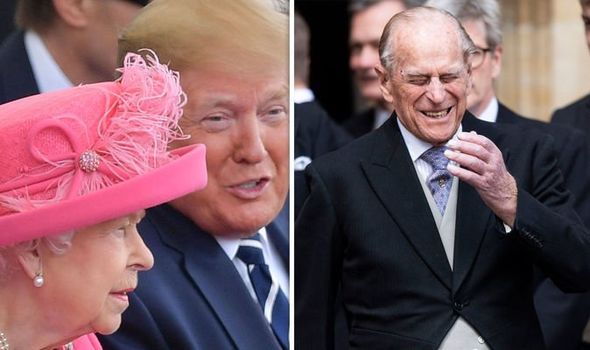 The Duke is believed to spend much of his time here since his retirement, enjoying casual pursuits such as painting and reading.

Philip was last seen at the wedding of Lady Gabriella and Thomas Kingston on May 18 where he appeared in good form.

Standing with Prince Harry outside St George’s Chapel in Windsor, the Duke appeared to be enjoying his grandson’s company immensely.

He was seen in fits of giggles at one point before waving to gathered crowds. 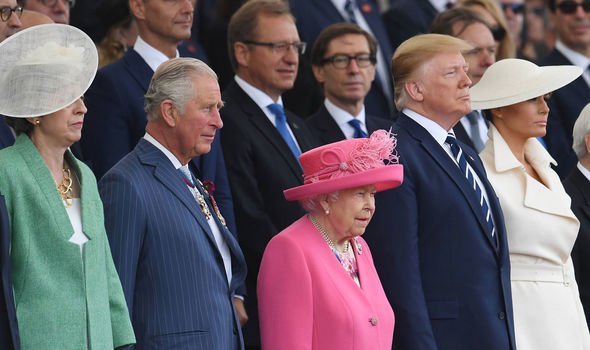 Prior to that, the Duke was photographed meeting his newest great-grandchild Archie Harrison, the first child of Harry and Meghan Markle.

But he has not been present publicly for any aspect of the Trumps visit this week.

One senior courtier previously said: “The Queen feels the Duke has earned a proper retirement.

“She knows him too well — if he was still at the centre of royal life he’d feel he had to be involved.” 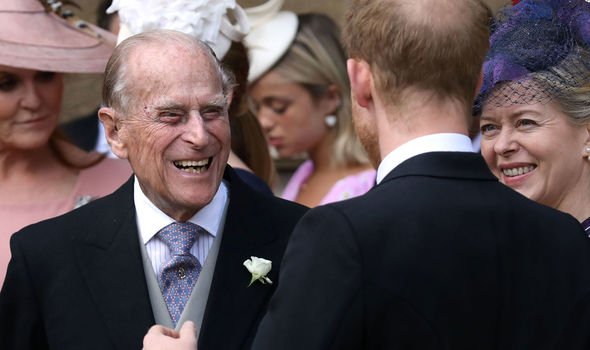 Unlike her husband, The Queen has sworn to serve her country until the end of her life so she will carry out her public duties for as long as she possibly can.

Today that involved joining world leaders to pay their respect to Allied forces who fought bravely in the Normandy landing 75 years ago to take back Nazi-occupied France.

The Queen was accompanied by her eldest son and future King Prince Charles.

They both stood to applaud veterans who stood on stage beside a guard of honour after a film about the D-Day landings was played to the audience.

Prince Philip was Queen’s rock: The Duke and the Queen’s 73-year marriage remembered