Prince Philip was only 16 when he was forced to march behind his sister Cecilie’s coffin after she died in a tragic air crash in Ostend. The Duke of Edinburgh drew from this experience to convince Prince William to escort Princess Diana to Westminster Abbey for her funeral ceremony nearly 60 years later, according to French documentary ‘Prince Philip – At Her Majesty’s Service.” Narrator Isabelle Benhadj said: “Prince Philip knows only very well what this scrutiny meant.

“Aware of the pressure weighing on the shoulders of William and Harry, in front of three billion viewers who tuned in to watch the ceremony live, he stood next to his grandchildren.

“The image of a grandfather, solid, a shy family bond standing out between them.”

The Duke of Edinburgh’s biographer Philip Eade noted the royal had faced the same pressure when he stood next to his father at Princess Cecilie’s funeral in 1937.

The royal, who was 10 years Philip’s senior, had died with her husband and two sons when their plan caught in the chimney of a factory near Ostend airport as they travelled to the UK to attend a wedding.

JUST IN: Thank God for Megxit! Meghan and Harry quitting has united Queen with Charles and William 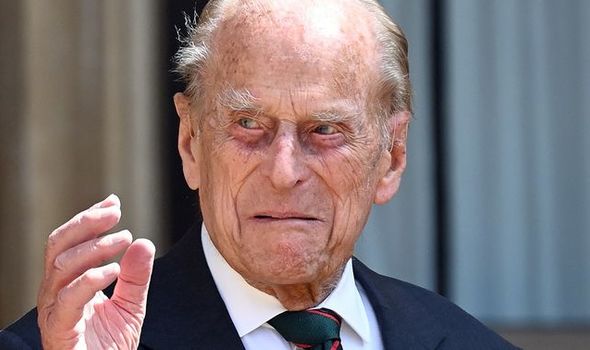 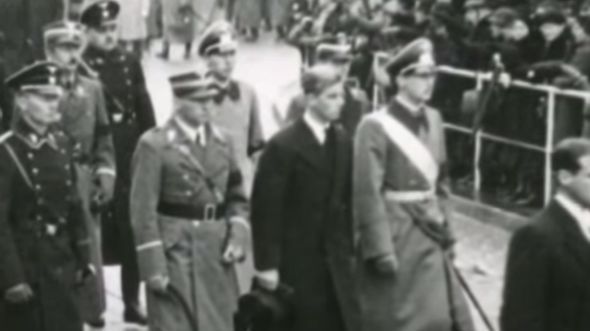 Princess Cecilie’s mother-in-law Grand Duchess Eleonore of Hesse also died as did her fourth child, whose remains were found at the crash site.

Only Prince Philip’s niece, Princess Johanna of Hesse, survived as she had remained in Darmstadt but she also died of meningitis two years later.

Mr Eade said: “It was Prince Philip who worked to persuade the children to walk behind the coffin in the procession.

“What was truly poignant was that all of this happened exactly 60 years after Prince Philip did the same in Germany at the funeral of his sister, who died in an air crash.” 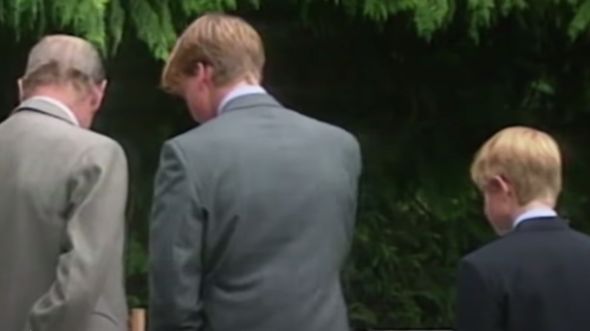 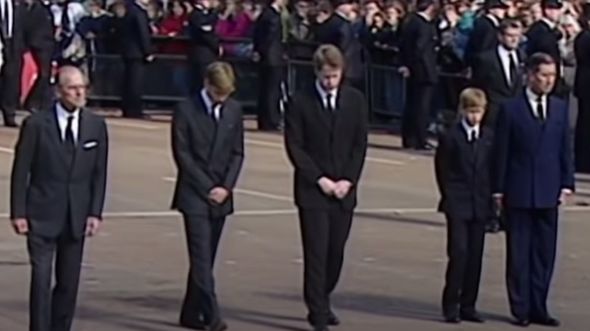 According to reporter Philip Turle, the Duke of Edinburgh ultimately managed to convince Prince William to take part in the procession as he warned him of the questions his absence would raise.

Mr Turle said: “He told him, ‘in years to come we’re going to see footage of your mother’s funeral.

“‘You need to be there because if not, everyone is going to wonder where you were. You have to walk behind with your little brother.’

“‘And if you agree to go, I will come with you and I’ll stand by your side.” 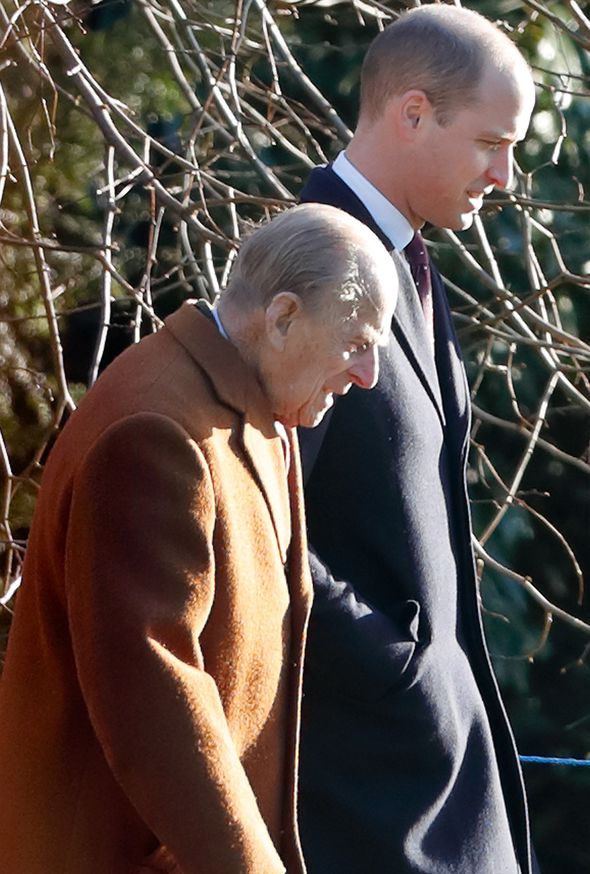 Prince William and Prince Harry both agree to walk behind Diana’s casket and had Prince Philip, Earl Spencer and their father Prince Charles walking with them.

The Duke of Cambridge said in 2017: “It wasn’t an easy decision and it was a sort of collective family decision to do that… there is that balance between duty and family and that’s what we had to do.”

The Duke of Sussex later questioned the decision to have him and his brother paraded in front of the cameras as they grieved for their mother, suggesting the request was not something a child “should be asked to do.”

He did however admit he was “glad” to have been part of the day honouring Princess Diana.

World loves Biden but is losing faith in the US, survey says
Europe