Home » Europe » Prince Philip: Queen described loss of Duke of Edinburgh as a ‘huge void in her life’, says Andrew

The Queen described her husband the Duke of Edinburgh’s death as leaving a “huge void in her life”, Prince Andrew has said.

Paying tribute to his father, Prince Philip, the Duke of York said his death means “we’ve lost almost the grandfather of the nation”.

Talking about the wave of affection for him since his death, Prince Edward reflected too, saying that his father “always thought of others before himself” and described the tributes to him as “fantastic”. 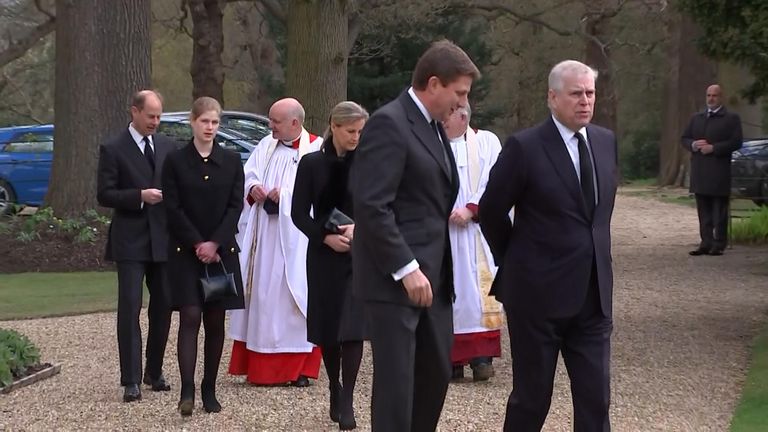 Members of the Royal Family have been attending a service at the the Royal Chapel of All Saints of Royal Lodge in Windsor Great Park.

Edward told reporters: “It’s been a bit of a shock. However much one tries to prepare oneself for something like this it’s still a dreadful shock.

“And we’re still trying to come to terms with that. And it’s very, very sad.”

The Earl of Wessex added: “It just goes to show: he might have been our father, grandfather, father-in-law, but he meant so much to so many other people.”

Andrew said the Queen described the death of her husband of more than 70 years as “having left a huge void in her life”.

He added: “But we the family – the ones that are closer – are rallying round to make sure we’re there.” 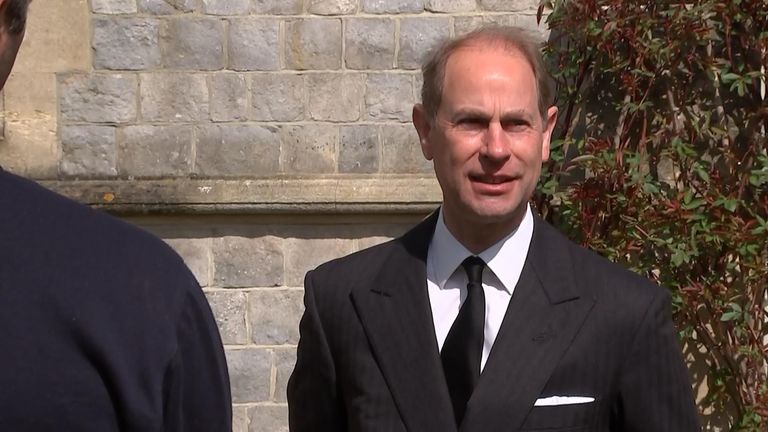 Andrew continued: ‘It’s a terrible loss. My father said to me on the telephone a few months ago that we’re all in the same boat, and we must all remember that.

“But occasionally we, the family, are asked to stand up and show compassion and leadership.

“And unfortunately, with my father’s death, it has brought it home to me not just our loss but actually the loss that everybody else has felt for so many people who’ve lost loved ones during the pandemic.”

Andrew, in a white shirt and black tie, added: “And so we are all in the same boat – slightly different circumstances because he didn’t die from COVID but we’re all feeling a great sense of loss.”

The Duke of York said the messages he has been receiving have been “absolutely outstanding and I just want to say how grateful I am, we are, for these tributes”.

“I loved him as a father. He was so calm if you had a problem. He would think about it and that was the great thing that I always think about.

“He was always someone you could go to and he would always listen.”

Prince Edward said royal staff would feel a “very personal” loss following the Duke of Edinburgh’s death and his heart goes out to them.

He added: “He means so much to so many people here, and it’s the same for those who lived and worked at Balmoral and Sandringham. For all those past and present.

“They’ve all had their own personal memories and stories. Our hearts go out to all of them as well.”

Coronavirus R rate may have risen above 1 in parts of England, govt admits