Prince Philip’s retirement has kept him at Sandringham most of the time since 2017, where he has enjoyed a life free of engagements. He makes few public appearances and was most recently spotted at Princess Beatrice’s secret wedding last Friday. While people may be used to seeing him irregularly, he will soon make another debut in a public appearance, his first in years.

Has Prince Philip come out of retirement?

Prince Philip retired soon after his 96th birthday in 2017, after which he has spent most of his time at Sandringham.

His new-found quiet life means he only makes fleeting appearances at family events, such as Princess Beatrice’s wedding.

He will make a brief step out of retirement this week for a military handover. 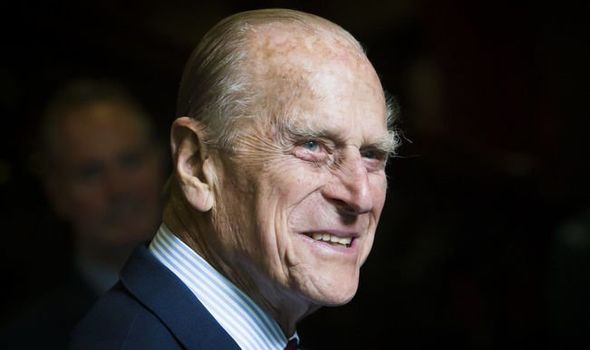 The ceremony, which takes place on Wednesday, July 22, will see him transfer his position of Colonel-in-Chief of The Rifles to Camilla, Duchess of Cornwall.

His daughter-in-law will receive the honour on the grounds of Windsor Castle, where the Duke has spent much of the coronavirus pandemic sheltering with Queen Elizabeth II.

He will appear outside the castle for a brief media appearance, before arriving indoors for the ceremony.

Four buglers from The Band and Bugles of The Rifles will start the ceremony with The Rifles Assembly call as he arrives.

Describing the short engagement, Buckingham Palace said the buglers would then sound another two rifle calls to mark the ceremony.

They said: “The Assistant Colonel Commandant, Major General Tom Copinger-Symes, will offer the salute and thank The Duke of Edinburgh for His Royal Highness’ 67 years of support and service to The Rifles, and their forming and antecedent Regiments.

“The Buglers will then sound The Rifles Regimental Call, followed by the ‘No More Parades’ call, to mark The Duke of Edinburgh’s final ceremony as Colonel-in-Chief.”

The Duchess of Cornwall will accept the honour at Highgrove House, welcomed as the new Colonel-in-Chief by Rifles’ Colonel Commandant General Sir Patrick Sanders.

The Duke’s involvement with The Rifles stretches back to 1953, and the Duchess took on her first role as Royal Colonel of 4th Battalion The Rifles in 2007.

While the event is unusual for the Prince, it likely doesn’t signal any return to service for him.

He has returned briefly from retirement before, and last did so earlier this year.

The Duke commended the “vital and urgent” medical work health officials have undertaken during the coronavirus pandemic.

Although retired, he has affiliations with more than 750 different organisations.

Some of them include scientific and healthcare research, and his earlier statement likely served to remind those organisations they were still in his thoughts.

He also likely wanted to stand with his wife, who has kept a semi-public presence during the pandemic.

The Queen has spoken to the British public via video twice and recently resumed some of her royal duties.