Andrew has faced a barrage of criticism over the last year over his association with the convicted sex offender Jeffrey Epstein. The disgraced financier was arrested last year on charges relating to the sex trafficking of young women and girls, but killed himself before his trial. Andrew has denied any knowledge of Epstein’s crimes and there is no indication he is guilty of any wrongdoing himself.

The Duke of York did try to tackle the criticism head on through a BBC Newsnight interview last November, but it was soon dubbed a “car-crash”.

Shortly afterwards, Andrew stepped down from his royal duties “for the foreseeable future” following a crucial meeting with his parents in Sandringham, where Prince Philip put his foot down.

A royal insider said at the time: “It was a tense meeting and Philip told his son he had to take his punishment.

“There was no screaming or shouting but Philip told him in no uncertain terms that he had to step down for the sake of the monarchy. 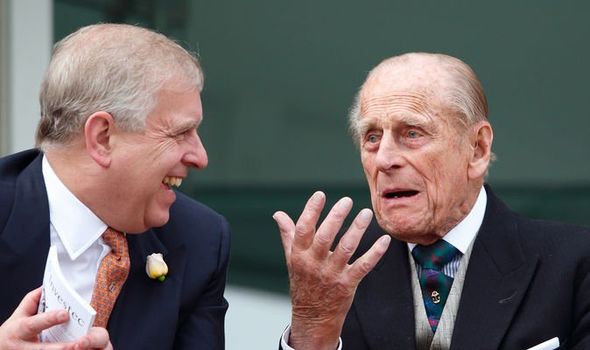 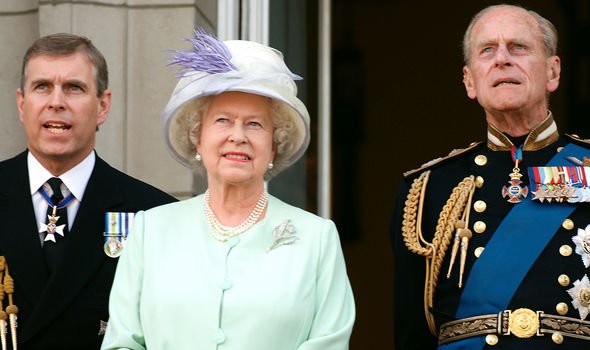 “Philip doesn’t like trial by the media but he is realistic enough to realise that Andrew’s actions were a danger to the very fabric of the Royal Family.”

Philip has been retired since 2017 but has remained a powerful force within the Royal Family — and this was not the first time Andrew’s social life has been called into question by his parents.

Journalist Sue Arnold described how the Queen and the “furious” Duke of Edinburgh “finally read the riot act” to their favourite son after his outrageous behaviour had been exposed.

In a Vanity Fair article from 1986, she wrote: “Andrew’s romantic escapades, together with some much publicised midshipman japes (he has a penchant for practical jokes), earned him the reputation of Royal Lout-About-Town, a label that saddened his mother and annoyed his father.” 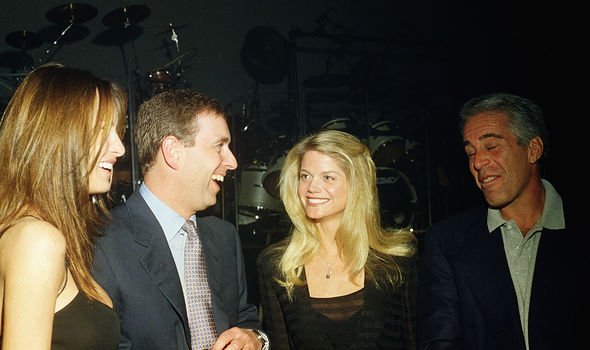 She added: “Secretly, however, Prince Philip admires Andrew’s macho action-man image – it reminds him of his own youth.”

Philip, known for his sense of duty, fought during World War 2 in the Royal Navy — just as Andrew fought during the Falklands War.

Philip also has a reputation for his off-the-cuff gaffes and for being a ‘ladies’ man’ in his youth.

In comparison, Andrew was once known as the most eligible bachelor in Britain, prior to his marriage to Sarah Ferguson, meaning he reminded his father of himself in multiple ways. 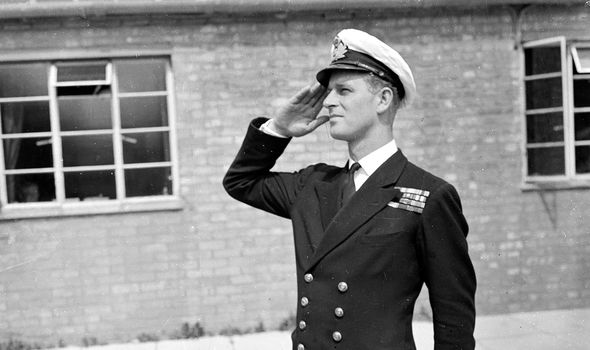 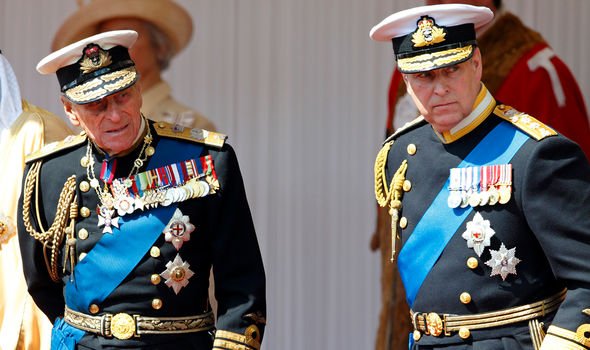 Still, Ms Arnold explained how, despite their similarities, Philip once became “furious” with his son.

She continued: “It was only after the famous paint-spraying episode on an official visit to California, when Andrew doused a row of photographers with white paint, that his parents finally read the riot act.

“The Duke of Edinburgh put in a furious transatlantic telephone call advising his second son to ‘pull his finger out’ and grow up.

“He was effectively confined to barracks and spent a chastened summer holiday cruising with his parents on the royal yacht off the Scottish coast.” 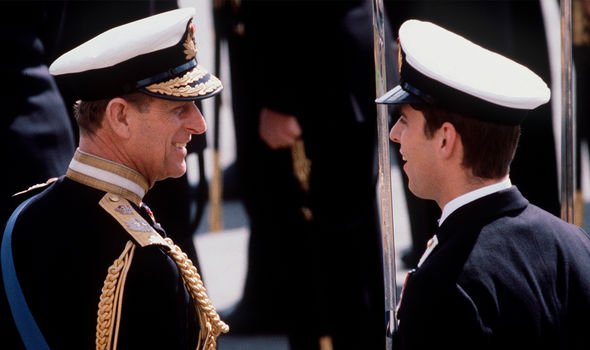 During the height of the Epstein scandal, The Sun claimed “Philip regrets Andrew doesn’t know how to lead a simple life”, and that the Prince Consort “thinks he’s been too extravagant”.

Philip reportedly asked Andrew to be “up front, open and honest” about “other potential bombshells” during their meeting.

The Duke of York has kept out of the public eye for the majority of the last year.