The Duke of Edinburgh retired from his illustrious career as the Queen’s Consort back in 2017, but more recently he returned to transfer his role as Colonel-in-Chief of The Rifles to his daughter-in-law Camilla, Duchess of Cornwall. It was the 99-year-old’s first appearance in nearly a year, after he was forced into isolation following the devastating rise of coronavirus cases. The ceremony took place earlier this year inside Windsor Castle, where Queen Elizabeth and her husband the Duke of Edinburgh had been spending time following COVID-19 restrictions.

With his appearance sparking memories of the Duke’s long career spent carrying out senior royal duties, unearthed footage showed Philip’s more blunt side after an exchange with a stunned teacher.

Philip is well known for his witty warmth towards members of the public, with many regaling tales of how the Duke of Edinburgh had made them laugh to ease the tension of meeting the iconic figure.

But it appears one teacher may not be able to recall their meeting with such fondness.

Shortly before his retirement, Prince Philip joined the Queen for a visit to East London’s Mayflower Primary School in 2017. 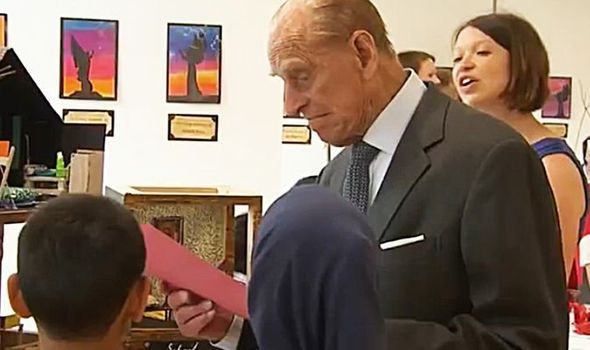 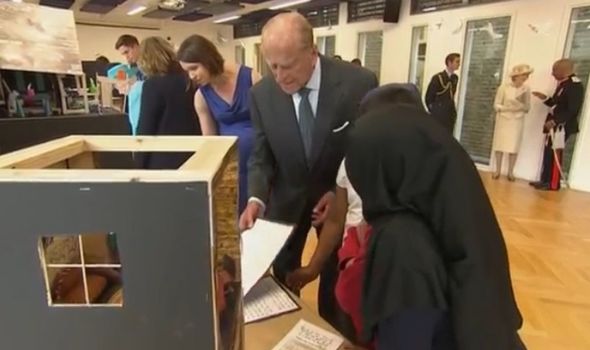 While there, the Queen and Philip chatted to staff and children, with the Duke paying particular attention to the neatness of the youngsters’ handwriting.

Looking over some of the quality of work, Philip said: “Do you ever teach them joined up writing?”

Panicked, the teacher then looked through other students’ work to show that they did in fact teach joined up handwriting.

However, when the teacher handed over another piece of work, Philip claimed it was still “not joined up” and refused to accept another set of writing was either. 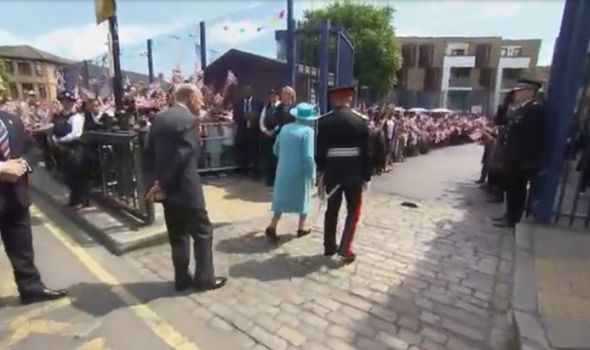 With the cameras on Philip, he then took a quick look through a final piece of work – which left his eyes bulge in surprise at the state of the handwriting.

Philip has long been a firm favourite with Royal Family fans.

His impact and influence over the Firm, and the public, was recognised by Edward – Philip’s youngest son.

Edward said after Philip’s retirement: “It’s been years of the most staggering service and the number of organisations and associations – and all the other people that he has helped along the way – he has always been immensely helpful and jolly.

DON’T MISS:
Prince Philip shock: Duke pushed Prince Charles into marrying Diana [LATEST]
Prince Philip would ‘back Biden over Trump’ due to key campaign policy [ANALYSIS]
Peter Phillips: Why does the Queen’s eldest grandson not have a title? [INSIGHT] 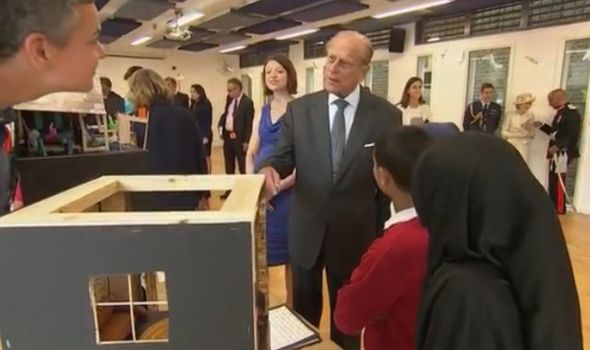 “The great thing about my father is people never forget meeting him.

“They all have their stories. Wherever he has been in the world people still remember him and will continue to remember him.

“You can’t really get a better accolade than that.”

Philip remains the longest-serving consort of a reigning British monarch and the oldest ever male member of the British Royal Family.