Meghan Markle, 38, and Prince Harry, 35, ceased to be working members of the Royal Family at the end of March and have made their wish to raise their son Archie Harrison away from the royal bubble very clear.

Archie Harrison recently celebrated his first birthday and his doting parents shared an adorable new clip of him reading with mum Meghan to mark the special milestone.

Meghan and Harry are expected to remain in the USA for the foreseeable future and it seems like little Archie will be raised there.

While Archie may be brought up across the Atlantic from his grandparents Queen Elizabeth II and Prince Philip he has an enduring royal connection to his grandfather.

Prince Philip was born a member of the Greek and Danish royal families and his surname is Mountbatten. 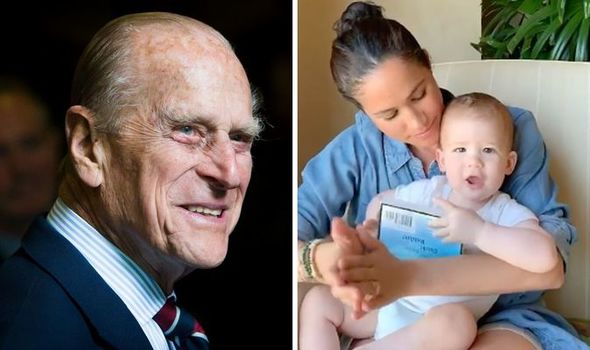 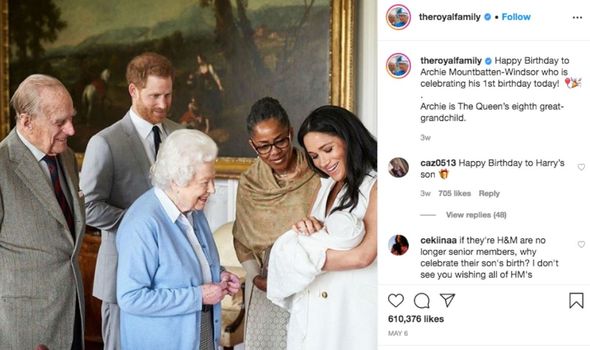 However, when the Queen’s offspring do need to use a surname they go by Mountbatten-Windsor.

This surname is a combination of Prince Philip and the Queen’s last names and has been used by their children since 1960.

In 1960 it was declared in the Privy Council that The Queen’s descendants, other than those with the style of Royal Highness and the title of Prince or Princess, or female descendants who marry, would carry the name of Mountbatten-Windsor. 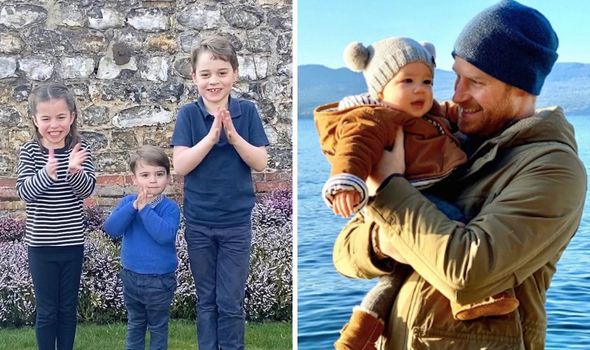 The surname Mountbatten-Windsor first appeared on an official document on 14 November 1973, in the marriage register at Westminster Abbey for the marriage of Princess Anne and Captain Mark Phillips.

The Mountbatten-Windsor surname may be used by Prince Philip’s grandchildren and great-grandchildren but Prince William and Kate, Duchess of Cambridge’s children go by the surname Cambridge.

Meghan and Prince Harry’s son Archie has a special tie to his great-grandfather because his full name as it appears on his birth certificate is Archie Harrison Mountbatten Windsor.

Prince Philip had to fight to get his surname passed down because its German connotations proved unpopular in the years following the second world war.

At the time of Prince Charles’ birth in 1948 the Duke was prevented from passing on his Mountbatten name – a decision that is said to have greatly upset him.

Royal biographer Ingrid Seward wrote about Philip’s reaction to the decision in her book My Husband and I: The Inside Story of 70 Years of the Royal Marriage.

Ms Seward claims that at the time Prince Philip is reported to have said: “I am the only man in the country not allowed to give his name to his children. I’m nothing but a bloody amoeba.”

However, Philip may find some comfort in the fact his name will continue with his youngest great-grandchild Archie. 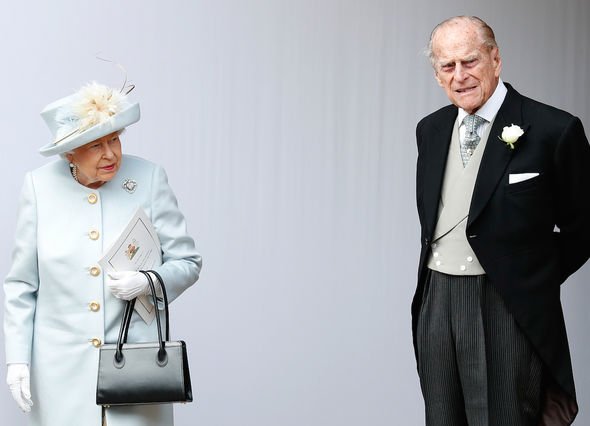 Meghan and Harry were expected to visit the Queen and Philip at Balmoral this summer but the trip is understood to have been postponed amid the coronavirus outbreak.

Prince Philip will mark his 99th birthday on June 10 and has been spending lockdown with the Queen at Windsor Castle.

The couple usually enjoy a summer break in Aberdeenshire where the Queen is said to be most at ease.

However, this year the annual trip is unlikely to go ahead due to coronavirus.

Both the Queen and Philip are in their 90s and their age makes them particularly vulnerable to the virus.

While the Queen usually has a packed calendar of engagements at this time of year, her schedule has been wiped clean.