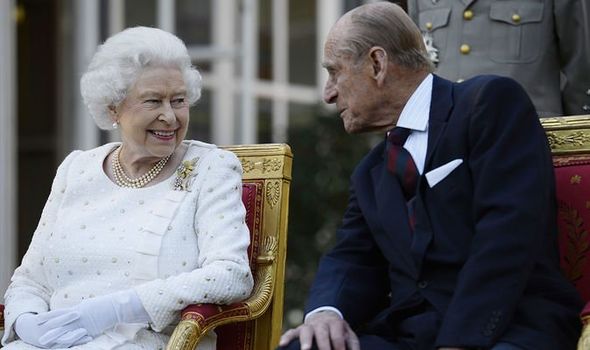 To mark the happy occasion, the couple was photographed reading a card made by their great-grandchildren Prince George, Princess Charlotte and Prince Louis – Kate and Prince William’s sons and daughter.

The Queen once described the Duke of Edinburgh as her “strength and stay”, and sources who have had the rare chance to see the pair’s playful nature previously told how the two were “remarkably open” with each other – and the Queen regularly sought her husband’s input on matters outside of the constitution.

The pair began writing to each other when Princess Elizabeth, was 13-years-old.

After years of courting, they waited until the princess turned 21 before officially announcing their engagement at the request of Elizabeth’s father, King George VI. 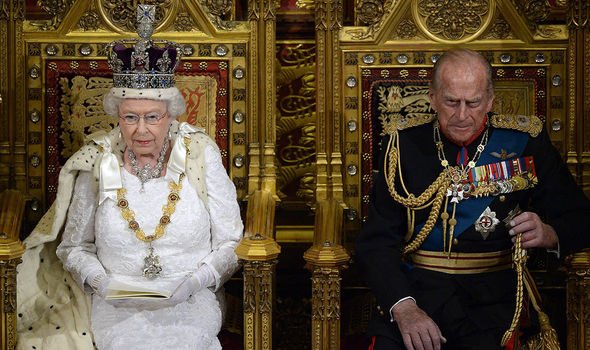 Their marriage ceremony was broadcast on the radio to 200 million listeners worldwide.

The Queen and the Duke remained devoted to each other throughout the enormous social change, leaps forward in technology and the decline of British influence over Commonwealth nations.

At the time of their marriage, Britain was still reeling from the impact of the Second World War.

When King George VI died on February 6, 1952, the couple were abroad in Kenya and Philip was the first to break the news to his wife.

After learning of the death from a journalist, Philip took Elizabeth on a walk in the grounds of the Treetops hotel where he told his wife her father was dead and she was now Queen.

The couple had four children together, two of which – Charles and Anne – were born before Elizabeth ascended the throne.

In the years after her father’s death, the family welcomed two new arrivals: Andrew (in 1960) and Edward four years later.

In honour of their 50th anniversary, the Duke gave a speech in which he described what he thought made their relationship work. 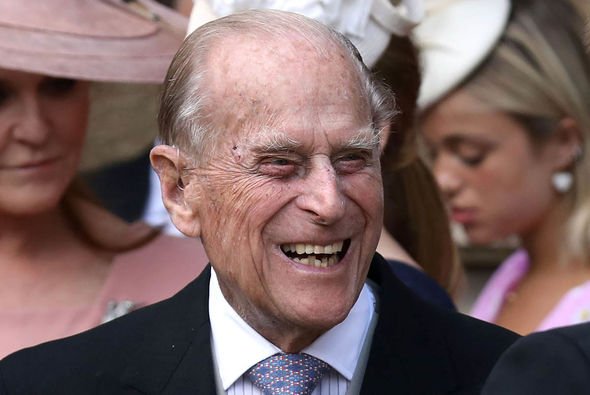 He said: “I think the main lesson that we have learnt is that tolerance is the one essential ingredient of any happy marriage.

“It may not be quite so important when things are going well, but it is absolutely vital when the going gets difficult.

“You can take it from me that the Queen has the quality of tolerance in abundance.”

To mark her 90th birthday – and Philip’s 95th – a series of portraits of the couple were commissioned by Vanity Fair.

The Queen publicly paid tribute to her Philip during a lunch at Banqueting House in London marking their Golden Wedding anniversary, saying: “He is someone who doesn’t take easily to compliments but he has, quite simply, been my strength and stay all these years, and I, and his whole family, and this and many other countries, owe him a debt greater than he would ever claim, or we shall ever know.”

And Philip was more than happy to support his wife. He once said: “My job first, second and last is never to let the Queen down.”

Courtiers revealed  in 2017 the Queen frequently asked: “What does Philip think?”

One said: “There is a lot that comes across her desk.

“She is not the sort to zero in and peel the skin of the onion away until you get to the heart of it.”

Martin Charteris, an advisor to the Queen, previously offered a rare glimpse into the nature of the monarchy’s relationship.

He said: “Prince Philip is the only man in the world who treats the Queen simply as another human being.

“And of course, it’s not unknown for the Queen to tell Prince Philip to shut up.

“Because she’s the Queen, that’s not something she can easily say to anybody else.”

Simon Lewis, a member of the Palace communications office, recalled in 1998 that “my abiding impression was how remarkably open they were”.

He said: “By the interaction between the two of them, how comfortable and easy they were, and how they had both thought about this role together.”