Alice had a troubled life but she showed her true character when she helped a Jewish family hide from the Nazis. She sheltered Rachel Cohen and two of her children during the occupation of Athens, saving them from the terrible fate of most Greek Jews. The majority of Greek jews ‒ around 60,000 out of 75,000 in total ‒ were deported to Nazi concentration camps, where all but 2,000 died.

After her death in 1969, Princess Alice’s remains were moved to Jerusalem in 1988 as per her wishes.

Then, in 1994 Philip and his sister Princess George of Hanover went to Yad Veshem, the Holocaust Memorial in Jeruselem, to witness a ceremony honouring her as “Righteous Among Nations” for her heroic actions during the war.

Philip said at the time: “I suspect that it never occurred to her that her action was in any way special.

“She was a person with deep religious faith, and she would have considered it to be a perfectly natural human reaction to fellow beings in distress.” 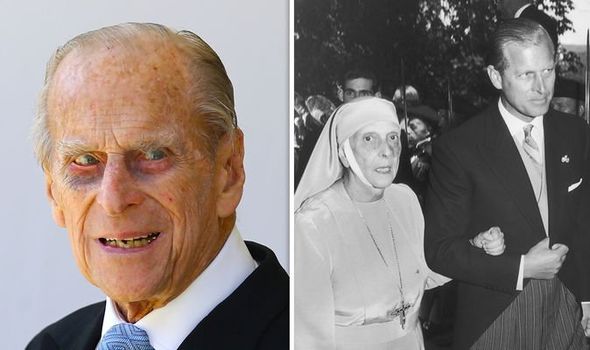 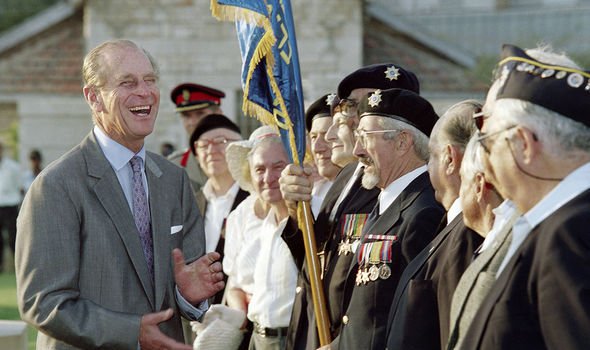 His words revealed a deep affection for his mother, who spent much of her life helping those in need.

Alice was indeed deeply religious, after converting to the Greek Orthodox Church in 1928.

She even believed she was receiving divine messages, which led to her being diagnosed with schizophrenia.

After the family were exiled from Greece, Alice had what some called a mental breakdown and was confined to a sanatorium. 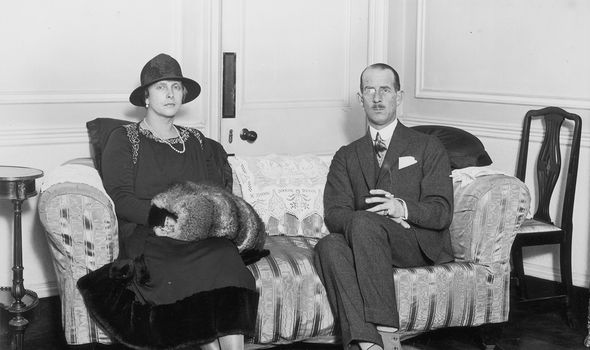 However, she always insisted that she was sane and, when she was released, she returned to Athens in 1938 and remained there for the duration of the war.

Her son Philip fought in the Royal Navy, while her son-laws fought on the German side.

She also organised two shelters for orphaned and lost children, as well as a nursing order circuit for poor neighbourhoods. 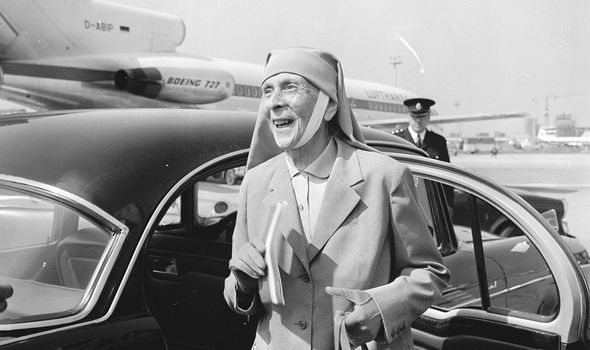 Philip’s mother would even fly to Sweden and secretly bring back medical supplies on the pretext of visiting her sister Louise, who was married to the Crown Prince.

Because of her German connections ‒ all her daughters married German nobility ‒ the occupying forces often assumed Alice was on their side.

They knew her son-in-law Prince Christoph of Hesse was a card-carrying Nazi and served in the Waffen-SS, the military branch of the SS, and another son-in-law, Berthold, Margrave of Baden, had been injured while serving in the German army.

However, when one German general asked her: “Is there anything I can do for you?” she reportedly said: “You can take your troops out of my country.”

After the fall of Italian dictator Benito Mussolini in March 1943, the German Army marched on Athens, where a small number of Greek Jews had sought refuge.

During this period, Princess Alice hid Jewish widow Rachel Cohen and two her children from the Gestapo, so they would not be sent to the Nazi death camps.

Her relationship with this family stemmed from 1913, when Rachel’s husband Haimaki Coen had aided King George I of Greece and, in return Geroge had offered him any service that he could perform, should it ever be required.

As Alice was one of only two members of the Greek Royal Family left in the country, Rachel’s son appealed to her and she honoured the promise and saved the family. 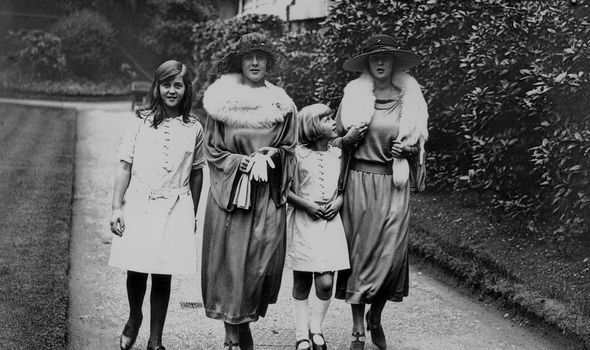 It was seen as a very brave move to help Jewish families in this way in World War 2, beecause, if caught, those who hid Jews could be killed or otherwise punished as well.

When Athens was liberated in October 1944, Harold MacMillan visited Princess Alice and described her as living in “humble, not to say somewhat squalid conditions”.

In December, she was told her husband, who she had not seen since 1939, had died.

Even as the British and Greek communist guerrillas fought for control of the Greek capital, Alice used to walk around the streets distributing rations to police officers and children in contravention of the curfew.

After the war, she founded a nursing order of Greek Orthodox nuns called the Christian Sisterhood of Martha and Mary.

Sergei Skripal: Poisoned spy's house to be dismantled by military