Prince William and Kate Middleton greet the public in Windsor

A sweet gesture by Kate, Princess of Wales, was seen as William, the Prince of Wales smiled and winked at a baby during a walkabout where the couple read messages of condolence and greeted the crowds. The walkabout took place on Saturday near Windsor Castle and the couple was joined by Prince Harry and his wife Meghan Markle. The Queen’s grandchildren accepted flowers and messages of encouragement from those in the crowd, with William spending some time bending down chatting with the children.

Kate was seen speaking to the mum of a baby while holding the child’s hand. When William noticed, he approached and started pulling faces on a baby as he tried to get the child’s attention, while Kate was watching and smiling.

The joint appearance of Princes William and Harry raised the prospect of a rapprochement between the brothers.

King Charles’ two sons, once so close after the death of their mother Diana in a Paris car crash in 1997, have fallen out in recent years after Harry and Meghan gave up their royal titles to move to the United States.

The couple had been in the UK on a brief visit when the Queen, Britain’s longest reigning monarch, who died on Thursday. 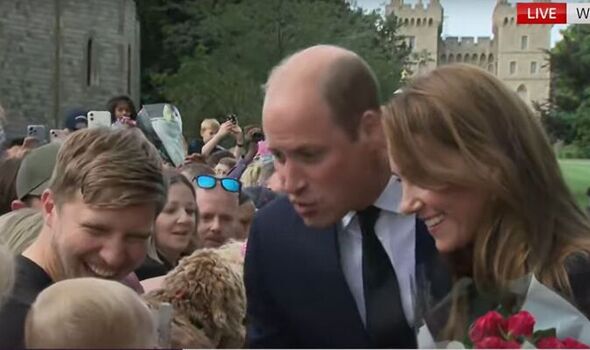 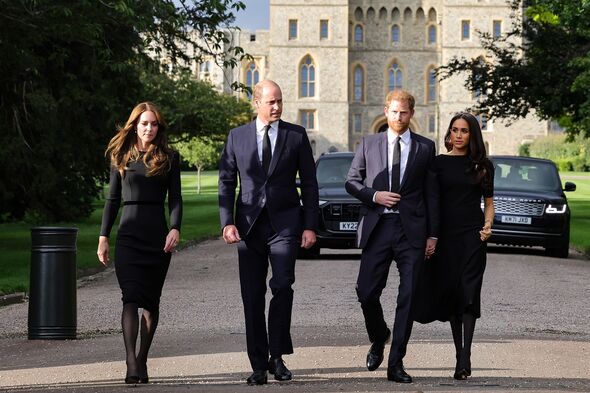 Like other senior members of the royal family, Harry rushed to be by the queen’s side as she deteriorated at Balmoral Castle in Scotland, and a spokesperson for the heir to the throne said an invitation for the Windsor walk had been extended by William.

A royal source described it as an important show of unity at an incredibly difficult time for the family. They emerged from the same car, all wearing black.

The two couples did not interact much during the 40 minute walkabout near one of the queen’s favourite English homes, as they stopped to read messages left among the flowers, and shake hands and chat with the thousands of people lining the Long Walk.

“I think that really just sort of draws a line under what’s happened historically, and it’s a really strong sense of unity I think for the royal family. It was really lovely to see,” said Raj Kaur, 41, who was in the crowd. 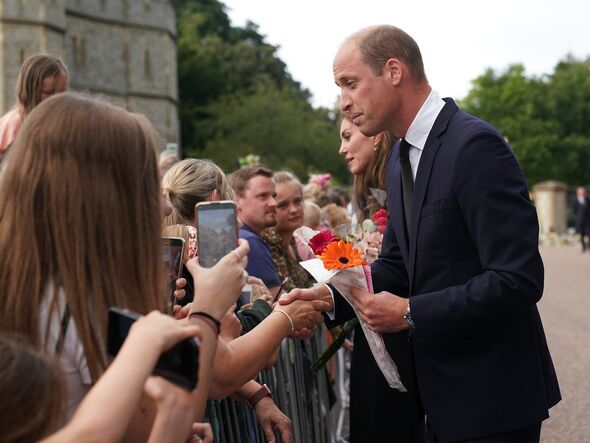 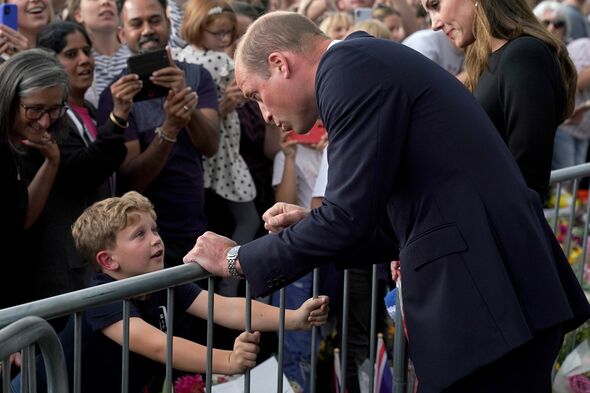 At one point, Meghan was hugged by a woman in the crowd while others stretched to shake hands and talk to the four royals in the early evening.

Royal observers had been looking for signs of a detente amid the pomp and ceremony of a period of national mourning and Elizabeth’s state funeral.

On Friday Charles used his first address to the nation as king to express his “love for Harry and Meghan as they continue to build their lives overseas”.

He also bestowed on William and daughter-in-law Kate the titles of Prince and Princess of Wales, which he and his late wife Diana previously held.

DON’T MISS: Sophie Wessex close to tears as royals walk behind Queen’s coffin
King ‘winks’ at onlooker as he arrives at Palace
Archie and Lilibet NOT given Prince and Princess title 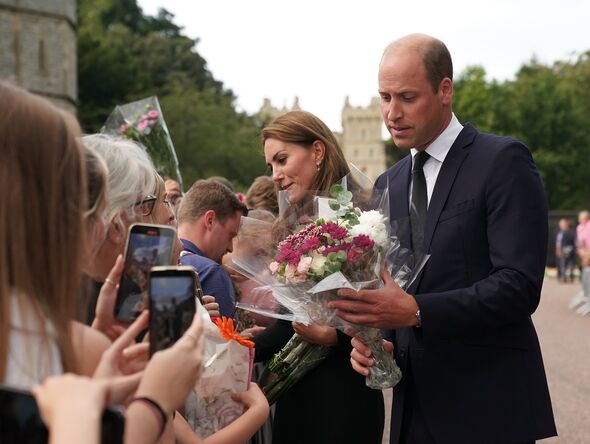 William was heard telling one well-wisher that the days following the queen’s death had been “so surreal”. “We all thought she was invincible,” he said.

Asked by someone else in the crowd how his children, George, 9, Charlotte, 7, and Louis, 4, who all started at a new school on the day the queen died – were coping, he replied: “The kids are well, thank you. They are good. Not ideal to start new schools with everything happening.”

Under royal rules, the monarch’s grandchildren are automatically eligible to become princes or princesses of the realm, so now that Harry’s father Charles is king, his children, Archie, three, and Lilibet, one, can receive those titles. Lilibet was named after the queen’s childhood nickname. It is not clear whether they will take the titles.

“At the moment we’re focused on the next 10 days. As and when we get information, we will update the (royal) website,” a spokesperson for Charles told reporters.