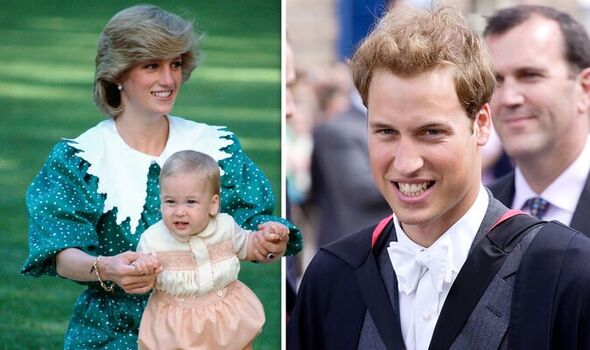 Here are all the best pictures of William from the day of his public debut right up to his 2011 wedding.

Prince William of Wales was born on this day in 1982 to Prince Charles and the late Princess Diana, and from that moment on he has remained firmly in the nation’s heart. From a beloved royal tot to a dashing Duke, William has remained an incredibly popular member of the Royal Family throughout his life.

Prince Charles and Princess Diana beamed with pride as they presented their newborn son Prince William of Wales to the world on June 22, 1982. William would later appear on the same steps of the Lindo Wing holding his three children with Kate, Duchess of Cambridge: George, Charlotte and Louis.

A 10-month-old Prince William delighted the press with his playful antics on the lawn of Government House in Auckland. The royal little one had joined his parents on their tour of New Zealand and Australia.

As a toddler, William looked quite confused by all the attention he received outside the Lindo Wing in 1984 after meeting his new baby brother, Prince Harry.

William, Harry and their cousins Zara and Peter Phillips were pictured playing on a fire engine while spending time with the Queen at her Sandringham Estate in 1988.

Prince William received some family support from Princess Diana, Prince Charles and Prince Harry on his first day at Eton in 1995.

Prince William attended a photocall at his father’s home of Highgrove in 1999 to celebrate passing his driving test.

Prince William started his first year at St Andrew’s University in Scotland in 2001, and he and Prince Charles greeted the crowds who lined the streets en masse to catch a glimpse of the future King.

To mark his milestone 21st birthday, Prince William posed for some beach snaps in June 2003 while continuing with his studies in Scotland.

After studying for four years, Prince William beamed with pride at his graduation in 2005. His girlfriend Kate Middleton was also present on the big day to pick up her awards.

William and Kate married in 2011 at Westminster Abbey, becoming the Duke and Duchess of Cambridge.

‘They should be banned!’ Caller demands sun beds outlawed after skin cancer diagnosis