Prince William was “genuinely upset” to watch Prince Harry and Meghan Markle’s concerns after they aired in the ITV documentary Harry & Meghan: An African Journey. The 2019 show featured Meghan revealing that is “struggling” and “not really ok”. Royal expert Charlotte Griffiths has since claimed on Palace Confidential on Mailplus that William was “almost in tears”.

Royal editor Rebecca English said: “I was told William did watch [ITV’s interview with Meghan] because he saw it at the same time we all saw it.

“They weren’t given any special preview of it.

“He watched it, genuinely horrified and actually really upset and really worried about his brother.

“It was put out at the time that he was angry but that wasn’t my understanding at all.” 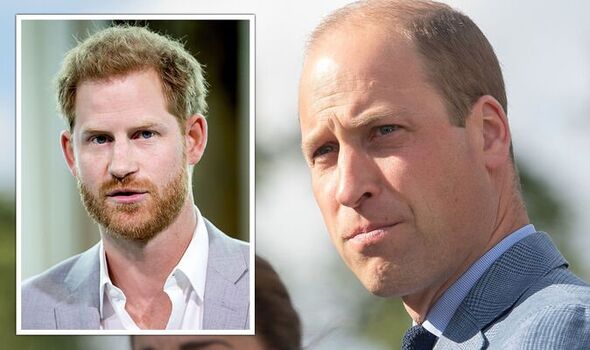 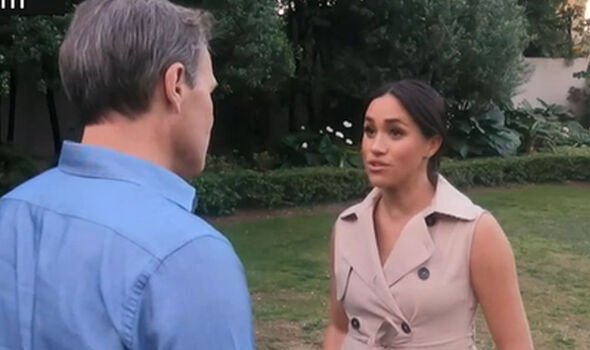 Ms Griffiths added: “I heard that as well that he was genuinely almost in tears and the whole thing has been genuinely upsetting.

“We always hear this narrative that William’s tough and angry but I’ve heard he basically cried over it.”

Although the Duke of Sussex has stepped back from royal duties, he took his place alongside his brother the Prince of Wales for the ceremonies of the Queen’s state funeral.

William, in his RAF No1 uniform, and Harry, in formal funeral wear and medals, marched slowly behind their father, the King, as the Queen’s coffin was taken from Westminster Hall, at the heart of the Palace of Westminster, where she had been lying in state.

Their cousin Peter Phillips, the Queen’s eldest grandchild and son of the Princess Royal, had walked beside the brothers to the abbey.

As the procession came to a halt after its short journey around Parliament Square, the Prince of Wales saluted, while his brother bowed his head, as the coffin was lifted from the gun carriage.

Once inside, the Princess of Wales, with her two older children George and Charlotte, and the Duchess of Sussex, both wearing wide-brimmed black hats and with solemn expressions, joined the procession behind the coffin to the nave.

After some controversy about Harry and Meghan holding hands as they left Westminster Hall following the short service at the beginning of the Queen’s lying in state, the couple walked side by side, but not holding hands. 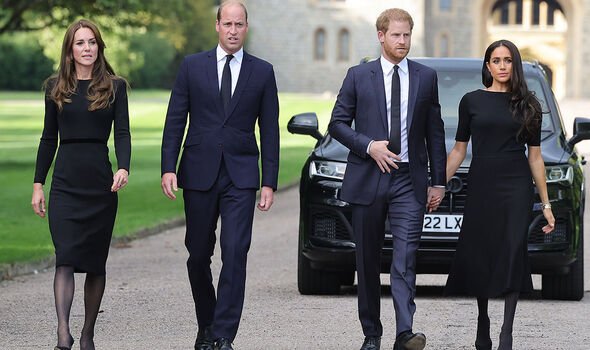 They were seated directly behind the King and Queen Consort, facing the coffin, while William and Kate – for whom the abbey holds happier memories as the place of their wedding more than a decade ago – were across the aisle with their two children.

After the funeral ended with a rendition of the national anthem, the brothers joined the huge procession escorting the Queen on the beginning of her final journey, marching once again with sombre expressions behind the gun carriage as their wives followed behind in slowly-driven cars.

William saluted the Cenotaph, while Harry bowed his head as they passed the memorial to Britain’s war dead.

Later, on arrival in Windsor, William and Harry walked next to each other as they followed the coffin into St George’s Chapel.

No words were exchanged in front of the TV cameras.