Prince William and Kate, Duchess of Cambridge, received a visit from Sir David Attenborough on Thursday for a private screening of the natural historian’s new documentary, A Life On Our Planet. During the viewing the two environmental campaigners engaged in a playful joke.

The private screening of the new documentary was held in the gardens of Kensington Palace on Thursday afternoon.

Prince William and Sir David were offered directors’ chairs with their names printed on the back, which were placed at an appropriate distance apart in accordance with current coronavirus guidelines.

But the two men decided to switch things up and sit in each other’s seats when they watched the preview of the documentary.

The two men thought it rather amusing to take the wrong chair. 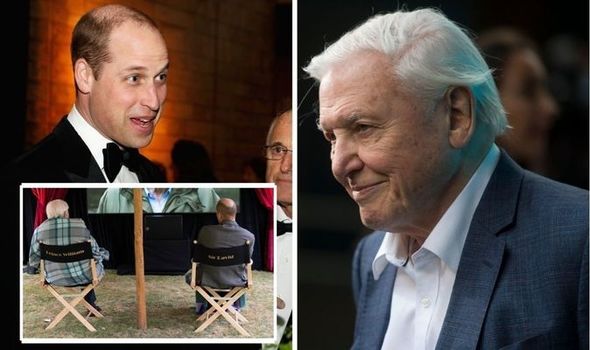 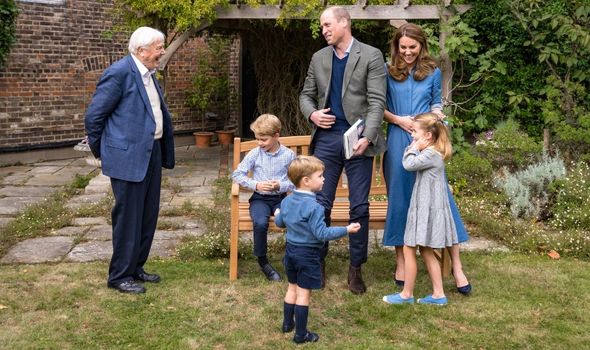 A picture from the screening shows Sir David, 94, wrapped in a blue and grey chequered blanket, and the Duke watching the veteran broadcaster on the screen.

On Friday night William and Kate’s official social media pages teased a picture of the visit.

The image showed the two directors chairs next to each other, with a small outdoor movie theatre in the background, complete with red velvet curtains.

No caption accompanied the image, apart from free emojis which depicted eyes, a movie reel and planet earth. 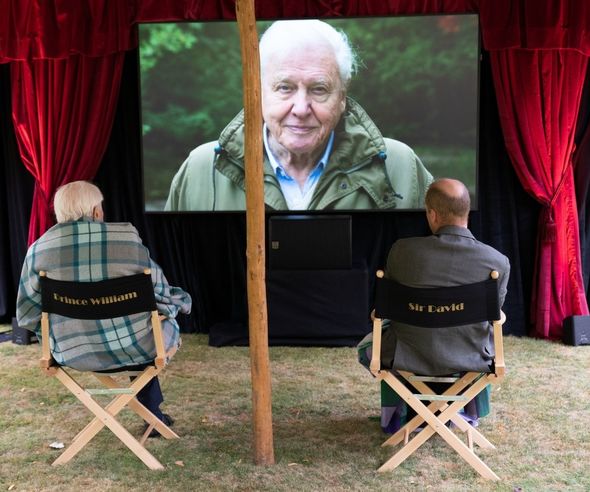 At the conclusion of the screening, Sir David chatted to William, Kate and their three children.

A picture shows the family laughing with the veteran broadcaster in the Palace gardens.

Kate is wearing a mid-length denim dress with her long blown hair down in a side parting, while William wears navy chinos with a shirt, jumper and blazer.

The three children are all smartly dressed, with Prince George, seven, in a chequered shirt, Prince Louis, two in a sweet jumper and shorts combo, and Princess Charlotte, five, in a long-sleeved grey dress. 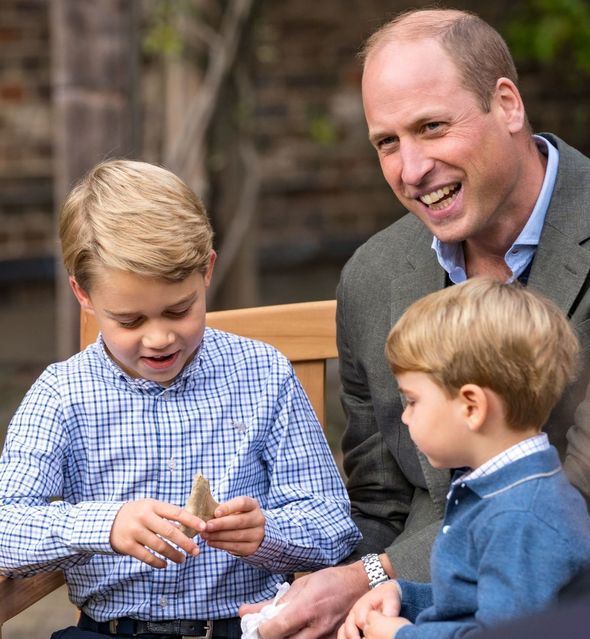 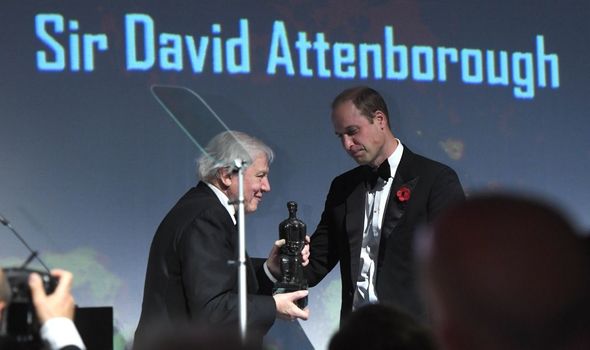 Sir David gifted Prince George with a fossilised giant shark’s tooth, in a sweet nod to his new documentary.

The fossilised tooth came from an extinct Carcharocles megalodon, one of the most feared predators to have swum in the seas.

The extinct species lived approximately 23 to 2.6 million years ago, and is considered to be the largest shark, as well as the larges fish, that ever lived.

It is believed to have grown to 15 metres in length, which is about twice the length of the great white shark. 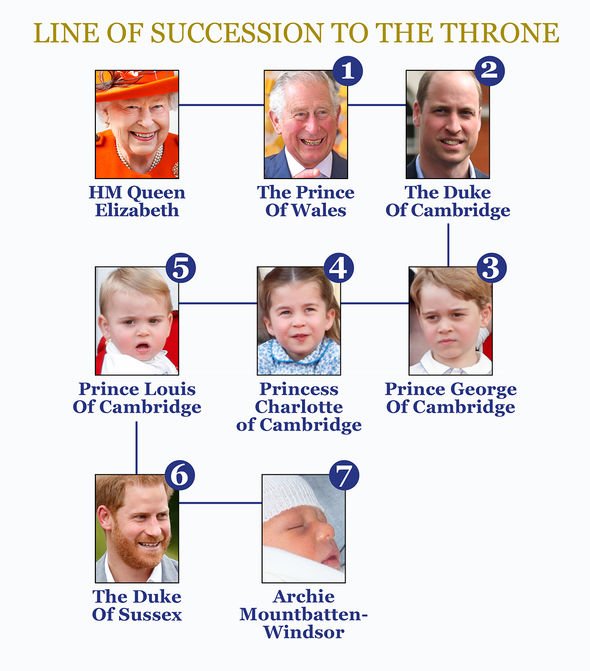 The giant shark tooth was found by Sir David during a family holiday to Malta in the late 1960s.

David Attenborough: A Life On Our Planet premieres in cinemas on Monday and will launch on Netflix on October 4.

An accompanying book is published on October 1.

Coronavirus UK: Emergency government hampers to be sent to 50,000 Britons