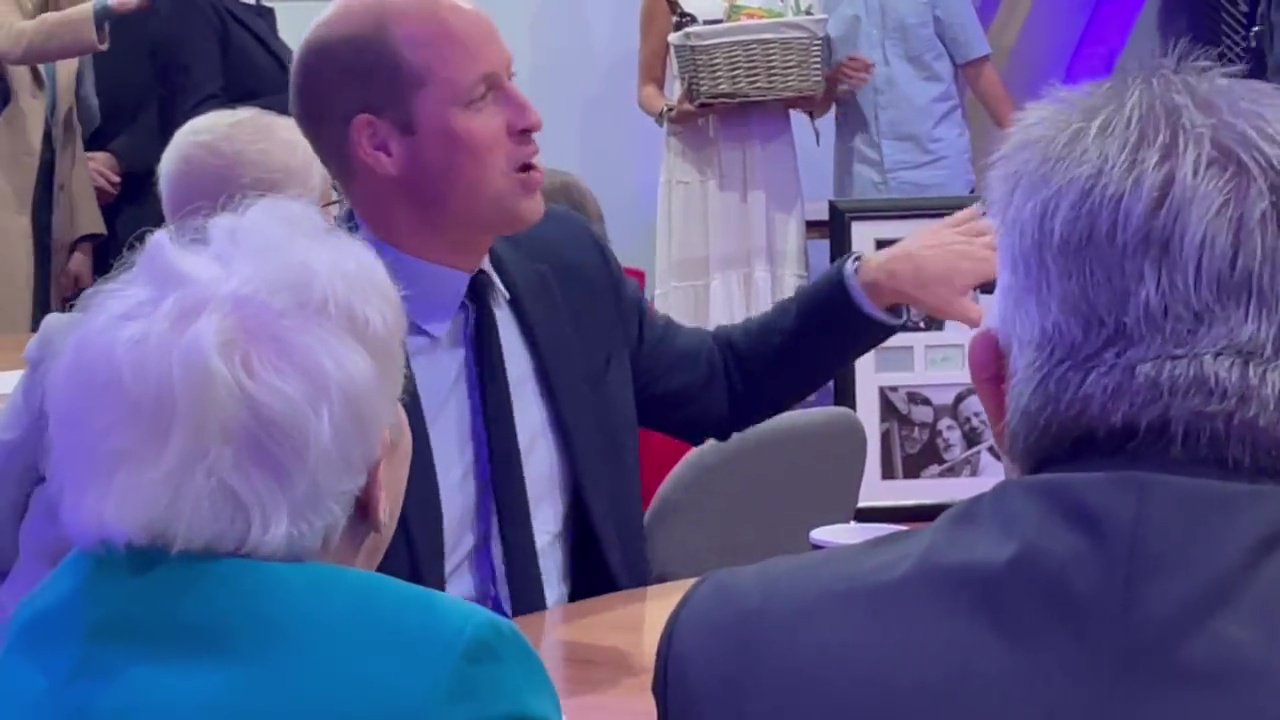 Prince William bumped into a woman who used to give him tea on his train when he used to try and travel undercover.

The heir to the throne visited Wales for the first time yesterday on an official tour, since taking on his new title.

The Prince of Wales was speaking to members of a community hub in Anglesey when he said laughing and joking that he had met a woman who used to offer him tea on a train.

He said: ‘She said ‘I served you your tea a few times when you were on the Holyhead service”.

‘I used to sit in the corner with my baseball cap on trying to be discreet.

‘And she would come up and say ‘like a cup of tea sir?’

The group sitting around him laughed at his attempts ‘to be discreet’ as the Royal couple made an appearance at the church, which has been transformed into a community hub for the city.

Kate and William were in Swansea as part of their first official tour since receiving their titles and were in Anglesey, where they lived 11 years ago.

The royal couple lived in Anglesey for three years between 2010 and 2013, when Prince William worked as an RAF search and rescue pilot.

During that time, Prince William worked alongside RNLI volunteers and went on to dedicate a new lifeboat at the RNLI station at Trearddur Bay.

Hundreds of Royal fans gathered yesterday as the newly appointed Prince and Princess were given a tour around the Holyhead RNLI station.

Kate was handed bunches of flowers from adorable youngsters, and four-year-old Theo Crompton was overjoyed as he met the Princess.

They were both smiling and waving to crowds, and Prince William also told some fans that he was learning Welsh, while he practiced his new skill.