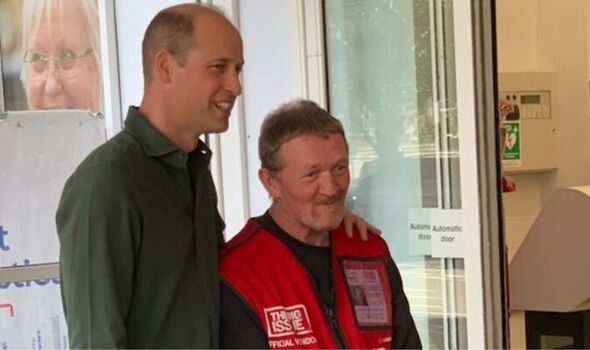 The Duke of Cambridge has spent his day chatting with veteran Mr Martin at Tesco’s Supermarket in Hammersmith, London.

Mr Martin took William under his wing earlier this month and showed him how to sell the Big Issue magazines that give an income to people who are homeless.

The future King has followed in his mother, Princess Diana’s footsteps who also gave her time to help the homeless.

William has previously argued that homelessness is a “solvable issue” and not just a fact of life and argued that the cost-of-living crisis could make things worse in Britain.