Prince William opens up on mental health struggles in 2018

Meghan Markle and Prince Harry opened up about their mental health struggles in an interview with Oprah Winfrey which aired on ITV on Monday night. The Duchess of Sussex admitted that her mental health got so bad when she was pregnant with Archie that she “didn’t want to live anymore”. She told Oprah: “Look, I was really ashamed to say it at the time and ashamed to have to admit it to Harry especially, because I know how much loss he’s suffered, but I knew that if I didn’t say it, then I would do it.”

Prince Harry has previously spoken openly about his own mental health struggles related to the loss of his mother, Princess Diana, and how he started getting better once he was seeing a therapist.

Likewise, William also suffered the devastating loss of his mother at a young age.

William, Harry and Kate, Duchess of Cambridge previously set up their joint project Heads Together to encourage people to voice their struggles and all three of them have spoken about their experiences.

Indeed, at the This Can Happen conference in 2018, which aims to promote workplace mental health support, William spoke about his experience as an air ambulance pilot and how that started to affect him. 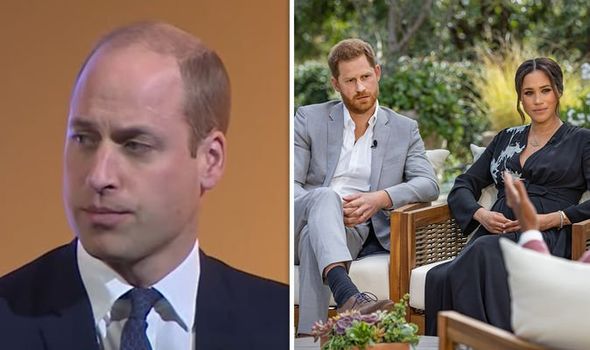 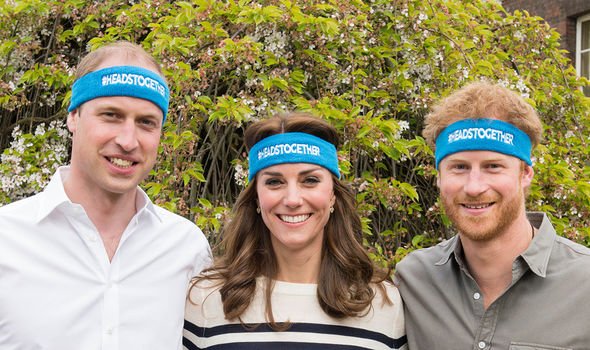 He recalled how a particularly traumatic incident involving a child began to affect his mental wellbeing and that, at first, he kept it inside, but started to feel better when he opened up to colleagues.

He said: “It’s about having a shield and the shield can be penetrated occasionally.

“I never thought I’d get to a point or a situation where it would get too much for me, I always thought I was on top of these things and I could manage it all.

“Like I said, we had a very good culture, particularly in the air ambulance, where obviously working with some seriously amazing medical doctors, that talking was really important. 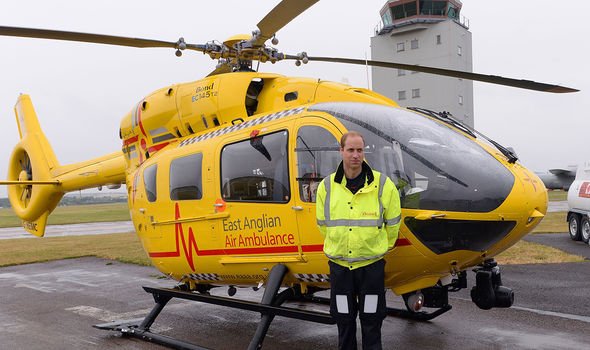 “But even that wasn’t quite enough for one particular instance for me.

“I worked several times on very traumatic jobs involving children and after I had my own children I think the relation between the job and the personal life was what really took me over the edge and I started feeling things that I’ve never felt before.”

Prince William was an air ambulance pilot for two years between July 2015 and July 2017, after a career as a search-and-rescue pilot in the RAF.

He dealt mostly with critical care cases and described being an emergency worker as being surrounded by “intense trauma and sadness and bereavement”. 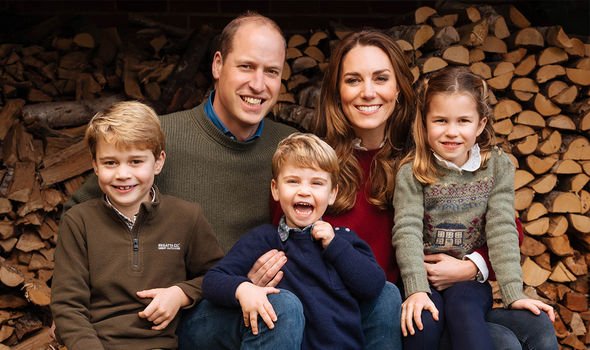 He had also just started a family – Prince George was born in 2013 and Princess Charlotte in 2015.

He operated out of Cambridge Airport while the family lived at Anmer Hall in Norfolk.

William explained to the conference how this one particularly bad incident affected him greatly.

He said: “I got very sad and very down about this particular family and I think you start to take away bits of the job and you take them home and you keep them in your body.

“So the only place you can talk about it is at work and if you don’t necessarily have the right tools or the right environment at work then you can see how things can snowball and get quite bad.

“I was lucky enough that I identified that something was going on and I spoke to a lot of people about it.

“And that talking and that dealing with it, knowing also that colleagues I worked with, who have been in the medical profession for 30-odd years in some cases, they were also feeling from this particular job, very troubled. 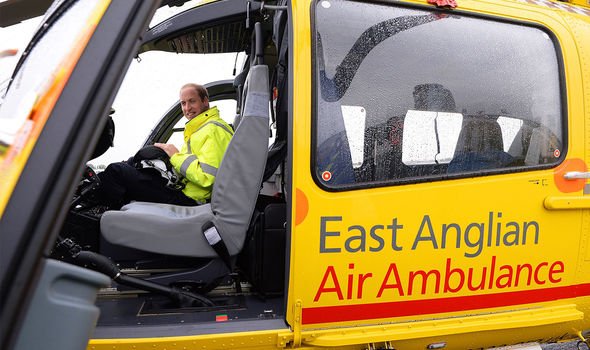 “It allowed the crew at the time to go through a bit of a debrief process and so we regularly used to talk about it to understand it better and I think that helped me come to terms with just the enormous sadness of what I had witnessed.”

Oprah With Meghan and Harry was on ITV at 9pm on Monday March 8. You can watch the full interview on the ITV hub.

A-Level results: These students were predicted to get As. Then their grades came in

What does Tier 3 mean for Christmas?