The Duke of Cambridge was given an official tour of the Jahra Nature Reserve outside Kuwait on Monday morning, sitting in the front seat of a golf buggy. The 37-year-old was shown eagles and flamingos in Kuwait’s only non-marine wetland ahead of his lunch with the Emir of Kuwait, Sheikh Sabah Al-Ahmad Al-Jaber Al-Sabah. The reserve is home to Arabian red foxes and greater spotted eagles as well as a wide range of fish species.

His solo tour aims to celebrate and honour the ancient ties between Britain and the Gulf countries and marks the 120th anniversary of the signing of the Treaty of Friendship with Kuwait.

The accord which was secretly signed by the British Empire and the Sheikhdom of Kuwait in 1899 included a pledge by the British to protect the territorial integrity of the Middle Eastern country.

The father-of-three touched down in the Gulf on Sunday and will head back to to the UK on Wednesday.

After his engagements in Kuwait, William will head to Oman for the final leg of his tour, which was at the request of the Foreign & Commonwealth Office. 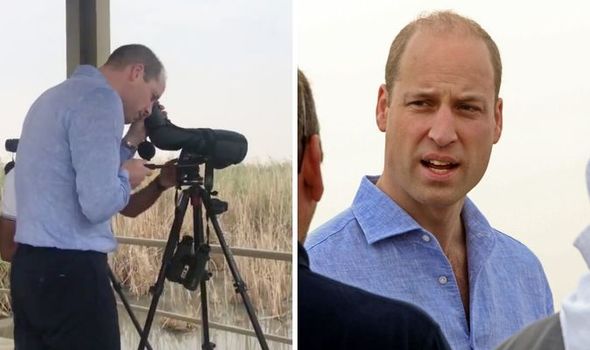 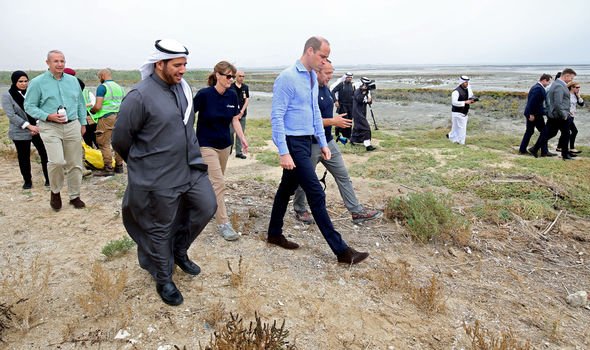 Daily Mail royal correspondent Rebecca English posted a short video of the duke setting off on his tour of the wetlands accompanied by a team of guides in a golfing cart.

She shared footage of the duke peering through a spotting scope in a bid to catch a rare glimpse of one of the magnificent birds which live at the reserve.

The royal was snapped chatting with staff as he observed a beach cleaning operation at the pools in the reserve. 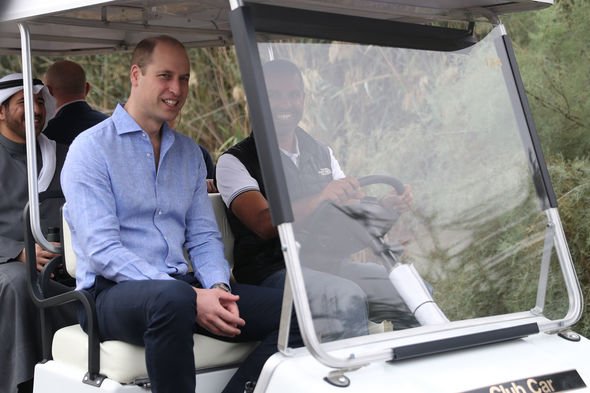 At his side throughout the tour was Sheikh Abdullah Ahmad Al-Hamoud Al-Sabah, Kuwait’s director-general of the environment  public authority.

This afternoon William will be hosted by the Emir of Kuwait for a meal at Bayan Palace.

William’s overseas tour means he will miss tomorrow’s Buckingham Palace reception hosted by the Queen to celebrate the 70th anniversary of NATO. 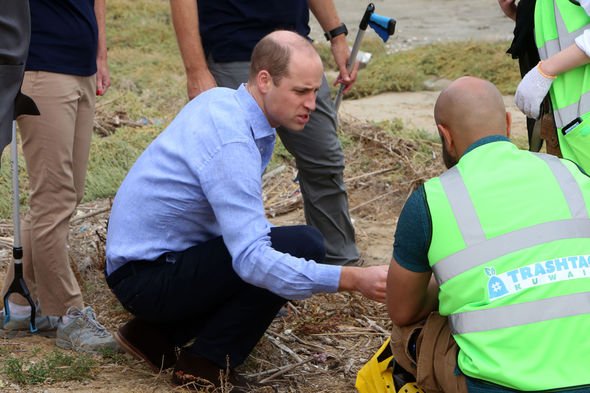 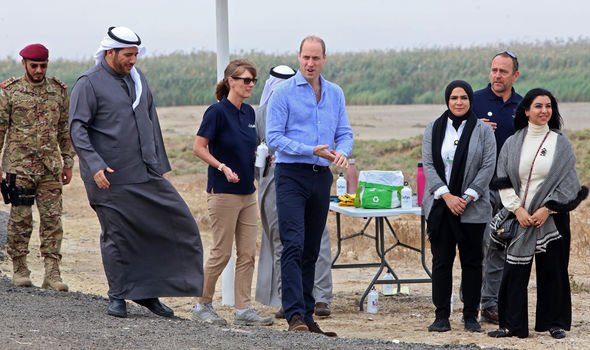 Later in the week William will meet the Sultan of Oman.

A statement posted on William and Kate’s official Instagram account read: “On the first day of his official visit to Kuwait, at the Jahra Nature Reserve, the Duke of Cambridge learned more about Kuwait’s ambitious plans to protect its natural environment from human and environmental challenges.

“Scientists from Kuwait’s Environmental Public Authority and the UK’s Centre for Environment, Fisheries & Aquaculture Science are working in partnership to promote Kuwait’s biodiversity and inform its approach to marine environment conservation.

“The Duke joined them on the reserve’s salt marshes, reed beds and sandy sabkha flats for several activities studying the wetlands’ wildlife including some of the 300 species of birds seen at the reserve. 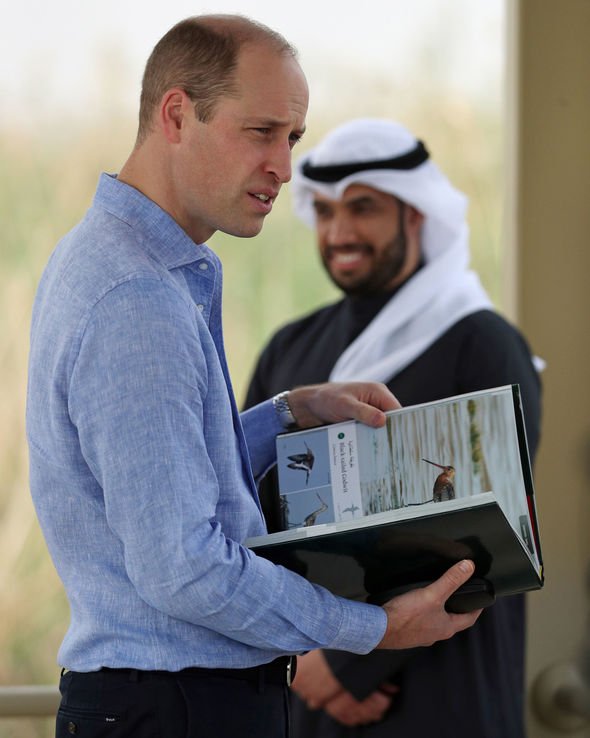 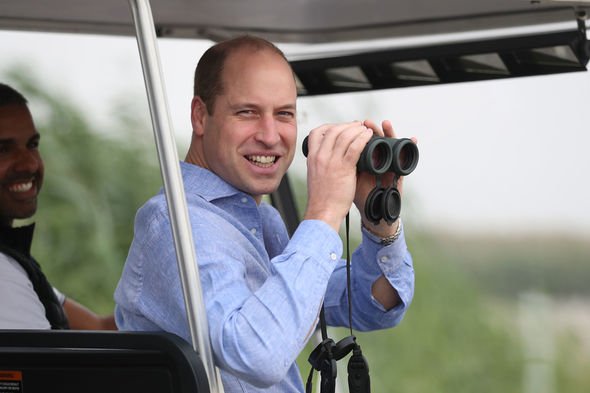 “Kuwait is working to tackle the global issue of plastic pollution through a combination of raising public awareness, recycling, education and organising beach cleans – the Duke also joined a beach clean at the reserve.”

Army drafted in after coronavirus hospital patients double in Wrexham