Prince William gave heartfelt thanks to royal mourners who had spent hours in the cold to pay their tribute to the Queen. He reassured them, telling them the almost 10-hour wait was worth it, as he promised an overwhelming feeling in Westminster Hall.

He promised the royal mourned that “when you get in there, it is very emotional.”

A woman carressed him in an attempt to console him, as he explained how “emotional” it was to step into the Westminster Hall.

He congratulated them on making it this far and said they were “more than half way” through the line. 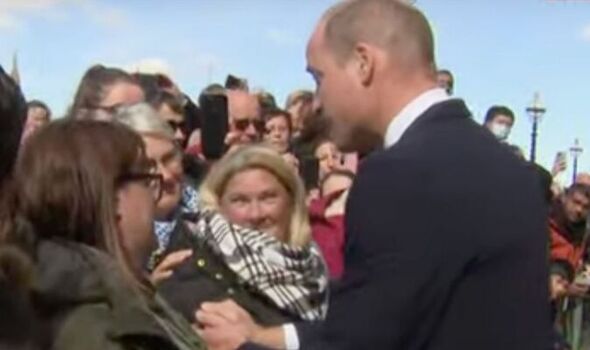 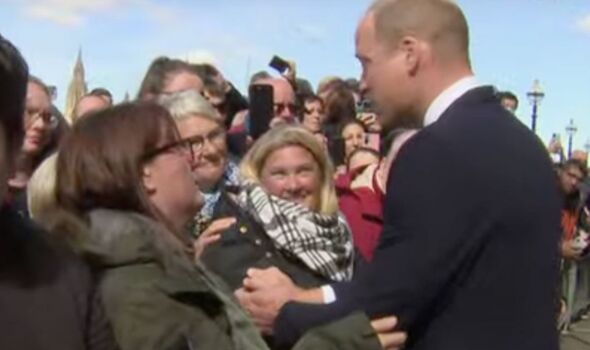 After thanking the royal mourners, Prince William went on to shake hands with more members of the public who have also been waiting in the cold to see the Queen’s coffin.

Temperatures dropped to as low as 6 degrees celsius during the night.

At 7 am this morning, the queue reportedly stretched over five miles from Waterloo Bridge to Westminster Hall. 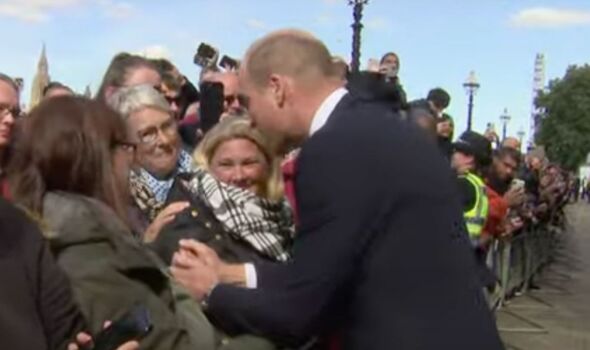 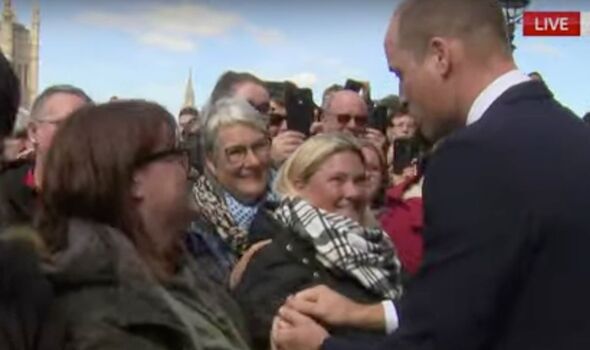 According to an update issued by CDMS, royal mourners could expect a 22-hour wait on Friday.

“The queue is extremely busy. Tonight’s forecast is cold. Warm clothing is recommended,” the CDMS forecast said, as more people joined the line.

CDMS has updated its guidance on Saturday, saying the estimate queue time is at least 24 hours. 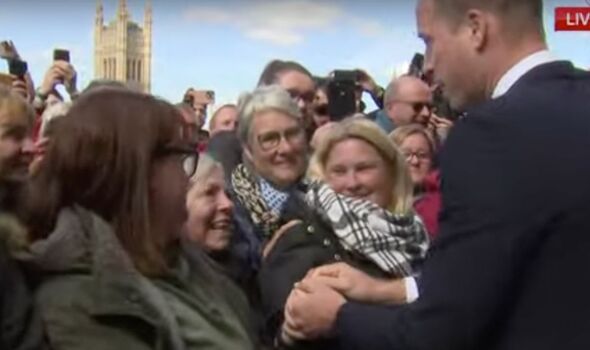 The lying in state will be accessible 24 hours a day until it closes at 6.40am on Monday – the day of the Queen’s funeral.

Around 500 foreign dignitaries, including US President Joe Biden and French President Emmanuel Macron, have officially announced they would come to the state funeral.

On Monday morning, the Queen’s coffin will be removed to the church for the state funeral service.