Home » Europe » Prince William emotional as England through to Euro 2020 final ‘Whole country behind you!’ 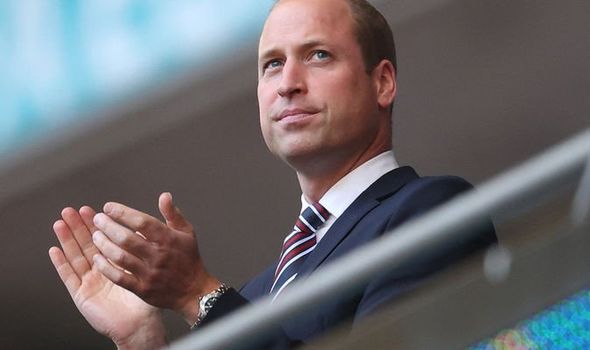 The Duke of Cambridge attended the clash at Wembley Stadium tonight, where England beat Denmark 2-1. Taking to Twitter, Prince William said the “whole country” will behind them as they face Italy on Sunday.

The Duke of Cambridge tweeted on the Kensington Royal Twitter: “What a game, what a result!

“The whole country will be behind you on Sunday.”

Before using the hashtag #ItsComingHome.

The Duke of Cambridge is a keen football fan, but watches the sport closely also as the president of the Football Association (FA).

It is likely he will present the trophy to the winner following England’s match against Italy on Sunday at Wembley Stadium.

Other Royals joined in the celebration with Sarah Ferguson, the Duchess of York, tweeting: “Gareth Southgate and England, we herald you”, along with a picture of the team celebrating.

England are one historic win away from their first major silverware since 1966.

Fans at Trafalgar Square waved England flags and merged together in a huge crowd after the final whistle.

Labour leader Sir Keir Starmer tweeted a picture of himself celebrating as he watched the match on TV, with the hashtag: “#ItsComingHome”