In recent years, the two princes have grown apart, with the Duke of Sussex admitting they were “on different paths”. This has been complicated by Harry and Meghan Markle leaving the Royal Family, moving to the US and agreeing to spill the beans about life in The Firm to Oprah Winfrey. However, when they were younger, William and Harry were very close, brought together by their shared loss.

That is not to say they never came to loggerheads though, and royal expert Katie Nicholl described one such incident in her book ‘William and Harry’.

She described how the princes went to Canada in the March after Diana’s death, when William was 15 and Harry was 13.

She explained that William had become something of a heartthrob for teenage girls and was met by a crowd of them screaming at several public engagements.

Harry thought it was hilarious, but William got frustrated with his brother’s teasing and vowed to “never go on a walkabout again”. 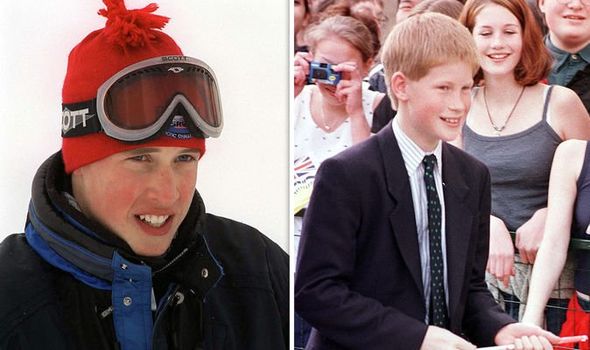 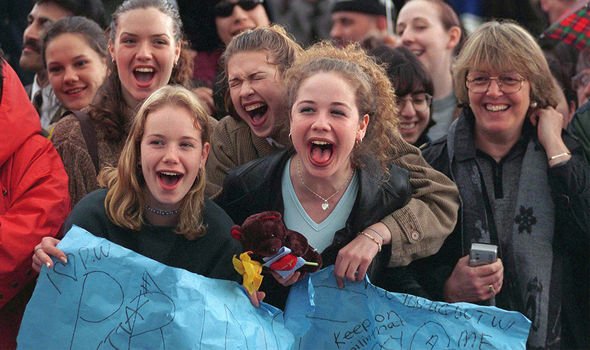 Ms Nicholl wrote: “For his whole life, William had done everything in his power to be ordinary, and was not yet ready for the spotlight.

“He had had a taste of it in Canada the March after Diana’s death, when Charles had taken him and Harry away for a holiday which also included a few public engagements.

“The young prince had been met by screaming teenage girls.

“While Harry had laughed at his brother’s newfound status as a royal heartthrob, William had flown into a rage and vowed never to go on a walkabout again.” 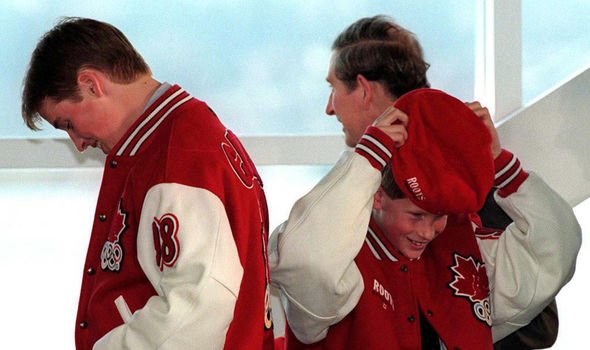 She added: “Of course, he was young and at a difficult age, but ‘Willsmania’, as it was referred to in the press, had terrified him.”

William tried to avoid such situations in the future, deciding not to take on public engagements as a royal when he turned 18, instead choosing to go to university.

There was a deal struck between the press and the Royal Family that they would leave the princes alone while they were in full-time education, and so William enjoyed a moratorium on media intrusion for those years.

He also met Kate Middleton at St Andrews University, who went on to become his wife. 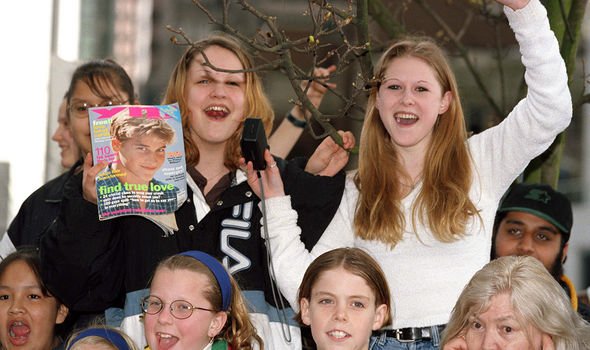 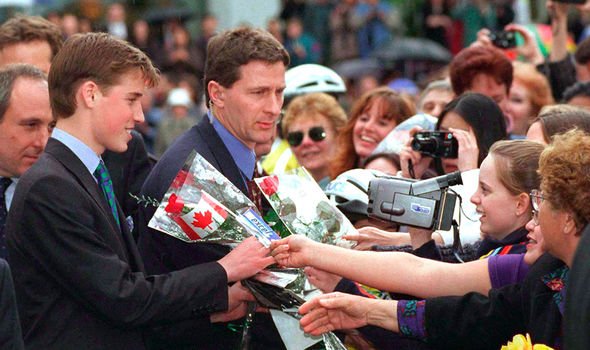 The incident in Canada was not the only time William and Harry argued when they were young.

Ms Nicholl described another occasion when they had a serious falling out over Harry’s bad behaviour, which caused them to “barely speak to each other”.

On that occasion, Harry visited William at Eton to heal the rift between them.

Sadly, the rift between the brothers in more recent years cannot be so easily mended.

Kate Middleton and William: Experts discuss use of interview notes

According to the book Finding Freedom, it all started when William advised Harry to take things slow with Meghan, but the use of the phrase “this girl” did not sit right with him.

Harry felt William was being snobby towards Meghan.

Their relationship spiralled downwards after that, with them talking to each other less and less, eventually splitting their households, with the Sussexes moving from Kensington Palace to Frogmore Cottage in Windsor.

Then, last year, Meghan and Harry announced their decision to step down as senior royals.

According to Nick Bullen, co-founder of True Royalty TV, the Duke of Cambridge was “really hurt” when Harry chose to “step away from the full-time royal title”.

“Harry is one of the few people that William could really turn to because he knew what it was like to be in that goldfish bowl.

“So, I understand he was very hurt when he left.”

‘William and Harry’ was written by Katie Nicholl and published by Preface Publishing  in 2010. It is available here.

EU’s No Deal invoice: 27 nations petrified of being forced by EU to pick up €11BN bill

Easter weekend weather: Temperatures to reach up to 22C but rain forecast for some regions

Putin says 'nothing compromising' in Trump call to Ukraine leader